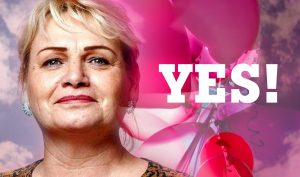 Soraya Post was the first president of the International Roma Women’s Network, created by the Council of Europe, OSCE and AP. Soraya, from Sweden, is the first-ever Roma woman elected to the European parliament.

AP’s goal in working with partners is to end social injustice and change society beyond the partner’s immediate community. This is a long-term process, but we can expect to see progress within 5 years – the life of a program – as shown by the following:

1998: Our coverage of the Rome Conference led to the inclusion of two articles in the statute for the International Criminal Court. One article declared that attacks on aid workers would be judged a war crime.

2001: We profiled civil society in Kosovo after the war and supported two initiatives which have had a decisive impact on post-war Kosovo: Creation of The Kosova Women’s Network and The Internet Project Kosovo (IPKO), which brought the internet to Kosovo. Teresa Crawford from AP founded IPKO with Akan Ismaila (photo). 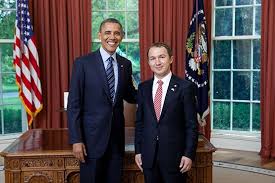 Akan Ismaili co-founded the Internet Project Kosovo in 2000 with Teresa Crawford from AP. IPKO quickly became the leading service provider in post-war Kosovo. In 2015 Akan was named ambassador to the US.

2002-2004: We helped to launch three programs for the Roma. The first trained a group of Roma techies in the use of IT. The second launched the International Roma Women’s Network (IRWN). The third program trained Roma women in France to use embroidery to lobby the Council of Europe. Soraya Post, the first president of IRWN, was the first Roma woman to be elected to the European Parliament. (photo)

2002: With our help, the Oruj Learning Center introduced girls’ education to a remote area of Wardak Province in Afghanistan. This pioneering project was launched with AP’s help in 2002 by Sadiqa Basiri, a former refugee. Several Peace Fellows worked with Sadiqa. By 2007, 554 girls were studying at three schools in Wardak.

2000-2005: The Women’s Consortium of Nigeria (WOCON) exposed the violence of sex trafficking between Nigeria and Italy. Nigeria’s record in trafficking has improved significantly, according to the US State Department. 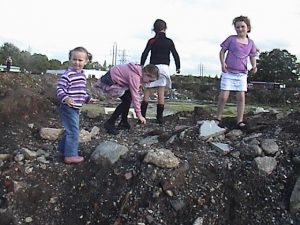 AP supported a campaign by the Travelers of Dale farm in South England to avoid eviction from their homes. The Travelers lost their battle in 2012 but changed British.

2005 – 2012: The Travellers of Dale Farm in the UK appealed to the British High Court Dale against their eviction. They won an important ruling that minorities in the UK cannot be evicted if it will lead to homelessness.

2006: Through AP, Nepali human rights advocates were able to disseminate their information through AP in 2005 when the King closed websites during a major crack-down on dissent. Helped by its courageous showing during the repression, civil society went on to play a decisive role in the transition to democracy the following year.

2000-2015: Women who survived the 1995 Srebrenica massacre in Bosnia, began to use quilting as a way to remind the world of the horror of the massacre, campaign for justice, and return to their homes. Their quilts helped to launch AP’s program of quilting and inspired a movement by survivors to demand justice. All major perpetrators of the massacre have been arrested and prosecuted.

2010 – 2014: SOS Femmes En Danger (SOSFED) in Fizi territory, South Kivu (DRC) used community development interventions (water wells, agriculture, and alternative cooking fuel) to help women to avoid travel and in so doing reduced their exposure to sexual violence. Helped by the engagement of village chiefs, the incidence of rape began to fall in the area of Mboko, South Kivu during the period of our intervention. 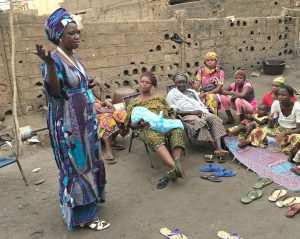 AP helped to raise over $600,000 for Sini Sanuman’s pioneering program in Mali which builds community support for survivors of GBV. Mariam Seck, seen here at an animation session in Bamako, coordinates the program.

2014-2017: Sini Sanuman (Mali) launched an innovative program of support for survivors of GBV in Mali, following the conflict in 2012. By 2017, Sini Sanuman had empowered over 600 survivors and was working through 200 women’s groups to reach tens of thousands of vulnerable women. The result is a blueprint for a community-based approach to GBV that could be used anywhere.

Some outcomes have been bitterly disappointing. In Afghanistan, the Taliban forced the closure of the Oruj girls’ schools. In England, the Travellers of Dale Farm were evicted in 2011 after six years of resistance.

But even such setbacks cannot take away from the larger impacts. After the Dale Farm Travellers brought their case to Britain’s High Court Justice Andrew Collins issued a judgement that changed British law by making it illegal to evict minorities if this would lead to homelessness. Hopefully, it will be hard to completely reverse the progress made in Afghanistan since 2003 in educating girls.

As history has shown, the path to change is uneven. Our bet is that history will eventually validate the actions of most, if not all, our partners. To people who have been directly affected by abuse, like our partners, inaction is simply not an option.