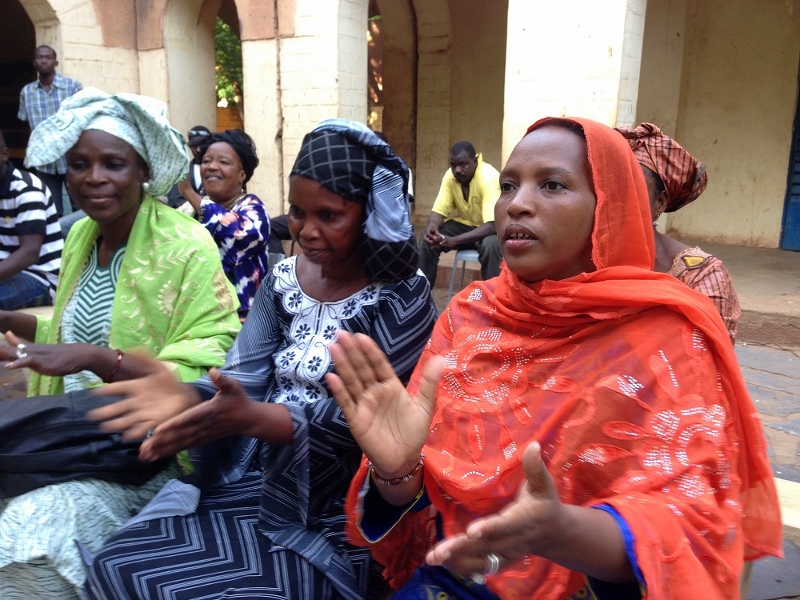 Animated audience: Sini Sanuman has reached out to over 10,000 women in poor neighborhoods at public meetings since 2014.

Sini Sanuman’s first goal is to meet women and identify those in need. This is done through animation (sensibilisation) sessions like the one shown in this photo.

The occasion was a meeting in the Sotuba neighborhood of Bamako in October 2014. Fifty-four women attended and they included 15 who had been expelled from the north.

Fanta Keita, a Sini Sanuman animator, began by outlining the theme of the meeting – sexual violence. She then invited comments. The women from the north were most vocal, but the rest listened attentively and several brought up cases of girls being molested in Bamako.

Ms Keita asked how such incidents could be avoided, and this provoked a lively discussion: “Girls should not be left alone by their mothers, at school, or in compounds which are shared by other families. Men and women should have separate toilets. Girls should not ask for money from strangers, or wear ‘sexy clothes.’”

Sessions like this give women the confidence to speak out before a sympathetic audience. This begins the process of healing for SGBV survivors. Everything is up for discussion – rape, early marriage, forced marriage, excision – and no distinctions are drawn between the emergency in the north and the grinding poverty that afflicts so many families in Bamako. Many sessions end on a lighter note with singing, but this does not disguise the deeply serious nature of the issues.

Animators also use the meetings to identify and refer vulnerable women to one of Sini Sanuman’s three centers, where they will be checked by a psychologist. This can happen quite unexpectedly. At one session attended by AP in Bamako in 2015, a woman who had recently arrived from the north announced that she just been reunited with her daughter. The girl had been taken from her in 2012 at the age of 16, held by rebels, and raped. With tears in her eyes the woman said that her daughter had just given birth to a baby. 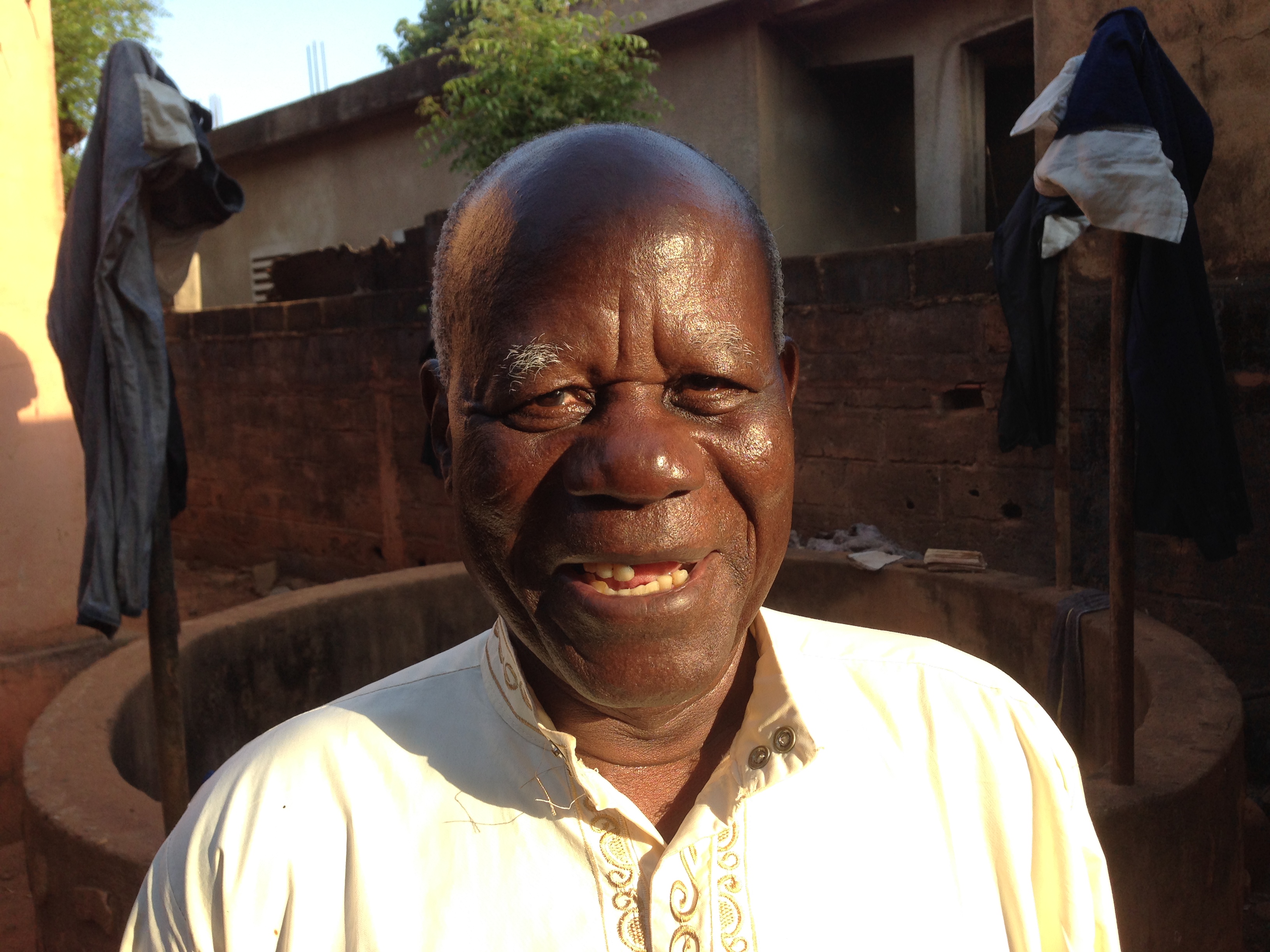 Each animation is organized through a local women’s group, and in 2016 the campaign worked with 109 different groups. These groups help the campaign build bridges with the community and could provide a way to continue supporting beneficiaries after they leave the centers.

Another job for the animators is to build up contacts with local chiefs and religious leaders, who wield great influence in the communities. One counselor in the section of Djelibougou said that widows are most in need (photo). He advises married couples and sees between 4 and 5 couples a month. This puts him in a strong position to argue for the protection of women and makes him a natural ally of the campaign.

Sini Sanuman’s team of animators give the campaign a strong professional foundation. The work is demanding, but no one complains. In Bourem, Zaliha Maiga and the other animators in Bourem live without running water or electricity. Food in Bourem is expensive – the shops are empty of bread by 10 in the morning. The heat can also be oppressive. Ms Maiga says that it took time to adjust to life in Bourem, but that she has since become a master of improvisation.