The Tiger Bags of Bardiya 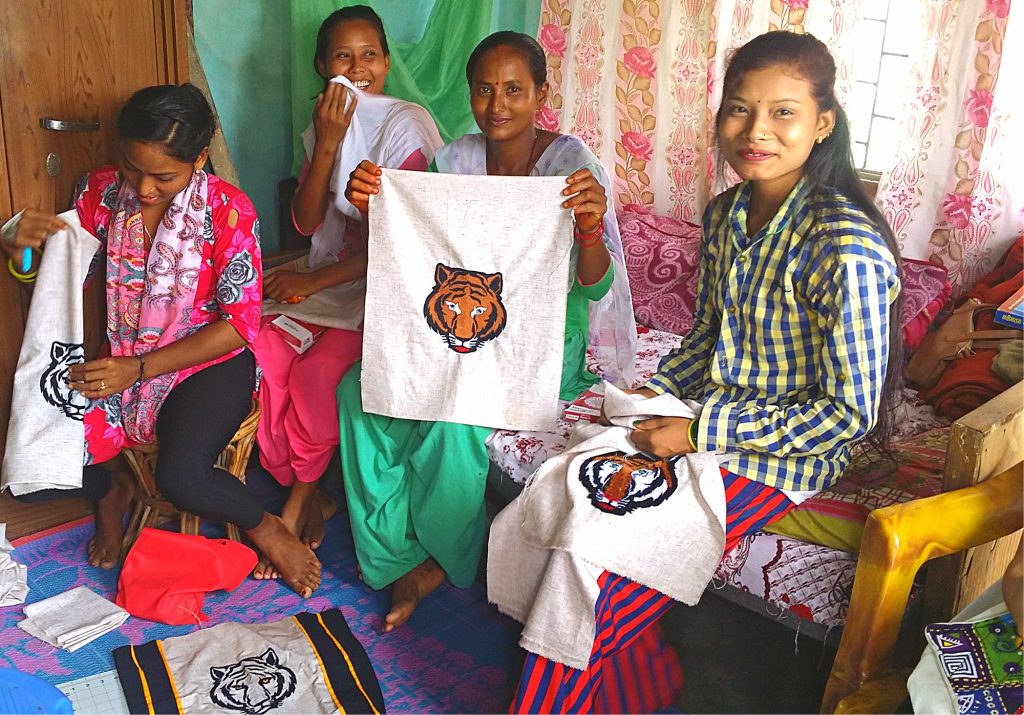 The women pictured above are among thousands of Nepalis who lost relatives during the conflict which ravaged Nepal between 1996 and 2006. They are all active in the Network of Families of the Disappeared Nepal (NEFAD), an advocacy group and partner of AP since 2015. NEFAD seeks to explain the fate of more than 2,500 Nepalis who were abducted by the security forces or Maoist rebels, never to re-appear.

The women live in the district of Bardiya, which suffered the highest number of disappearances in Nepal, and have formed a cooperative. Several Peace Fellows have worked in Bardiya and helped cooperative members to memorialize their loved ones through embroidered squares. In 2019, Bobbi Fitzsimmons from AP visited Bardiya to help the cooperative assemble the squares into two memorial quilts. (Bobbi’s own journey is described in this video.)

The Bardiya cooperative has now moved from story-telling to income-generation. The members have applied their stitching skills to the making of Tiger bags in honor of the tigers who live in the Bardiya National Park near their homes. AP is helping to promote the bags internationally and raise seed money through Global Giving. Six cooperative members are currently making bags and each bag carries the hand-woven signature of the bag-maker. The bags, signatures and artists are show on the next tab.

The artists and their bags

(#2) Tiger with Gold Eyes by Alina

(#3) Tiger with Green Eyes by Kancham

(#4) Tiger with Gold Eyes by Kushma

(#5) Tiger with Orange Eyes by Sharmila

(#6) Tiger with Blue Eyes by Geeta