Djeneba D, 18, is typical of the women who spent time in a Sini Sanuman center. Several 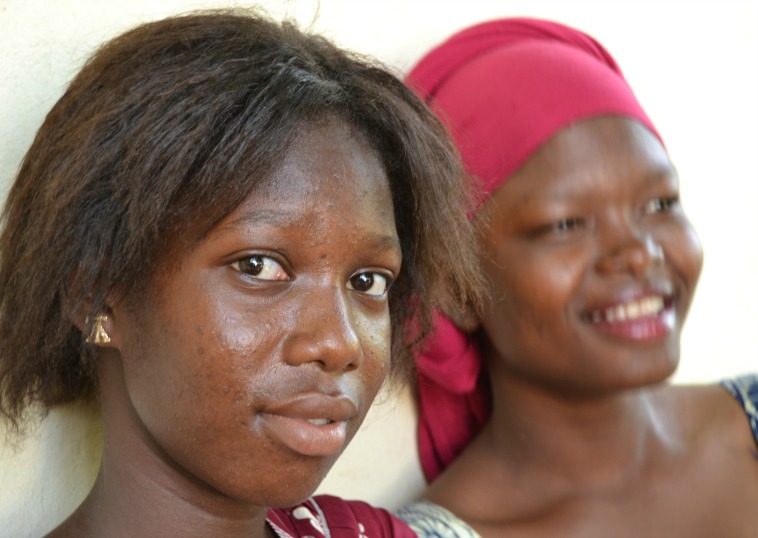 months after rebels overran the northern town of Gao in early 2012, the day arrived that Djeneba had been dreading. A group of armed men came to the family home, burst into the house, and started firing shots into the walls. They took Djeneba aside and treated her with vicious cruelty before leaving. She went to a medical center to manage the pain but was asked for 12,000 CFA ($24). She could only afford 4,000 CFA. Shortly afterwards, her elder sister took control and shepherded the family south to Bamako.

The journey took eleven days and Djeneba went into hiding for four years, doing odd-jobs around the house and helping her sister to sell detergent powder. She emerged early in October 2016 to attend an animation in her neighborhood, and this led her to Sini Sanuman’s center and a long session with Sylla Mohammed, the center director and psychologist. Sylla concluded that Djeneba’s state of mind had, if anything, grown worse since 2012. “The smallest sound sounds like gunfire to her,” he explained, and Djeneba still feels pain.

Hundreds, perhaps thousands, of Malian women like Djenaba are still suffering from the aftermath of the 2012 crisis. Sini Sanuman responds in two ways, with emergency support to deal with their immediate trauma and with training to rebuild their confidence and hasten their reintegration (reinsertion) into society. This page looks at the emergency aid.

Sini Sanuman had not run a center or provided services prior to 2014, so the decision to open two centers in the north and south of Mali represented a new departure. Local politicians and womens’ groups were enthusiastic and the centers provide the glue that holds the program together. They offer a place where women can take refuge from the pressures of daily life, find companionship, and receive a nutritional meal.

The program employs a broad definition of sexual violence so as not to stigmatize beneficiaries as “rape victims.” As of late 2016, roughly two thirds of the beneficiaries in both centers had been raped, while the rest had suffered physical violence, excision, or forced marriage. Exceptions can also be made for women who are in extreme economic distress as a result of losing their husband or displacement. 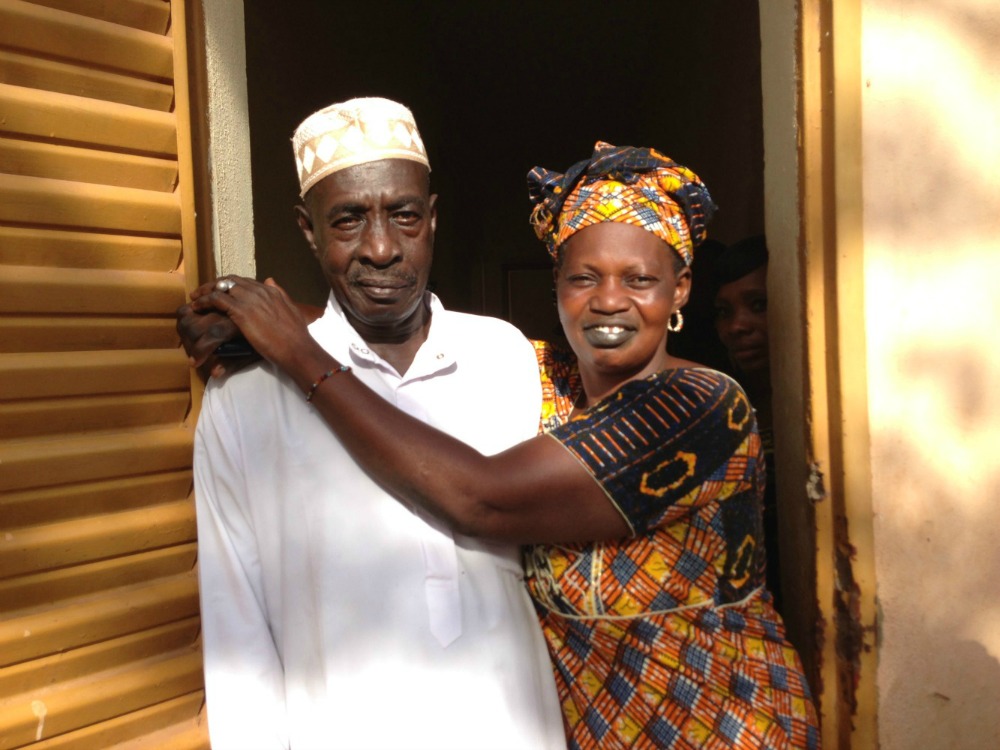 Sylla Mohammed is one of two psychologists on the campaign team.

The first service offered is psychosocial support. Once an animator decides that a woman needs help she is referred to one of the campaign’s two psychologists – Sylla, in Bamako or his colleague Aboubacarne Hama in Bourem. If the psychologist decides to admit the woman he will prepare a profile which will provide him with a basis for treatment and a way to measure improvements when she leaves six months later. Sylla and Aboubacarne also meet with women like Djenaba who drop in unexpectedly and need urgent advice.

While psychosocial support is vital, the best therapy for survivors may be the company of other women who have gone through a similar experience. Sini Sanuman has also discreetly supported women who were impregnated by their rapists and decided to keep the child – one of the most distressing features of war rape.

Once a woman is invited into the program she is expected to spend 5 days a week at a center, returning home each evening. Up to five women can stay overnight at the Bamako center if they have special needs. Many of the Bourem beneficiaries start as early as 6 in the morning and cross two rivers to reach the center, such is the demand. If a woman goes absent for more than three days she is replaced.

Another valued service is food. According to the United Nations three millions Malians suffer from food shortages and it is estimated that only 10% of those living in Bamako eat more than one meal a day. Two local cooks bring cooked meals to the two centers each day. The women in Bourem get a second meal because they spend so much time traveling to and from the center. While the meals are undoubtedly an attraction, they can easily be justified. No one can work for eight hours a day on an empty stomach. 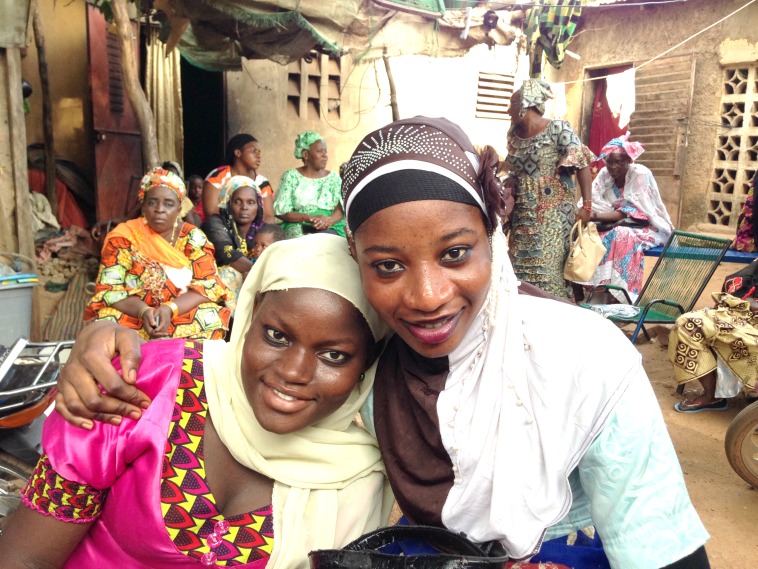 The program has neither the skills nor the budget to provide medical assistance, but it can refer a limited number (8) of women with an infection or special medical needs to a medical center or gynecologist.

Finally, there is justice. By claiming legal redress, a survivor exercises a fundamental right and takes a big step on the road to recovery. But this faces formidable obstacles in Mali. First, survivors feel great shame in a society where sexual issues are taboo and it takes courage to appear in public before a judge and enter a formal complaint. Then there is the Malian justice system. Courts in the north ceased to operate in 2012 and most northern jurisdictions are still barely functioning. The courts in Bamako are more effective but they move at a glacial pace. It can cost 500,000 CFA in legal fees to launch a successful case. Finally, it is notoriously difficult to identify the attackers, let alone arrest them, particularly in the north.

MINUSMA’s human rights office and Western donors have invested in several NGOs that offer legal support, and hopes rose in 2015 when a consortium of six NGOs submitted a class action suit on behalf of 80 SGBV survivors from the north. But the case bogged down.

Several brave beneficiaries of Sini Sanuman’s program have expressed a desire to take their case to court. Sini Sanuman has approached other NGOs which have the legal expertise, but to no avail. As a result, Sini Sanuman has used its own money to follow up egregious cases. After Sini Sanuman sought the prosecution of a man who assaulted his 4-year old niece, the girl’s furious father charged Sini Sanuman with libel. (He lost, but this was an intimidating response). A more recent case, involving a 13 year old girl who was impregnated after being raped, may yeild better results. Sin Sanuman took the case directly to a judge and the attacker, 45, is now behind bars.

Can one say that this combination of emergency services enables survivors to recover? Certainly not. But it can ease the pressure on them and their families and put them in a position to derive maximum benefit from the trainings that are described in subsequent pages.