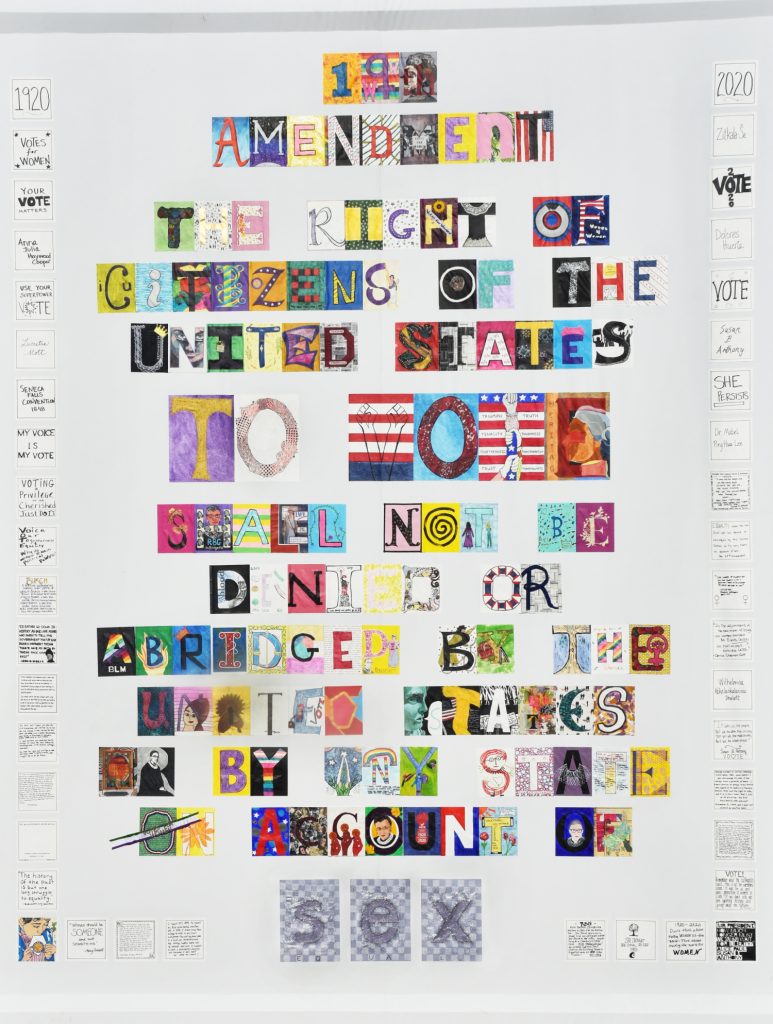 In the summer of 2020, the Cameron Art Museum in Wilmington North Carolina invited submissions for an unusual project. The museum proposed to celebrate the 100th anniversary of the ratification of the 19th Amendment, which gave the vote to women in the United States on August 20, 1919.

Each contributor was asked to illustrate a single letter of the Amendment, which reads: “The right of citizens of the United States to vote shall not be denied or abridged by the United States or by any State on account of sex.” Over 140 blocks were submitted and assembled by volunteers into the banner seen above. They included 120 blocks that featured the 120 letters in the amendment and are reproduced on the next tab. The remaining blocks serve as a margin. The banner was exhibited at the museum for several months and is now looking for a permanent home.

The project was coordinated by Nan Pope and September Krueger of the Cameron Art Museum, with the assistance of Bobbi Fitzsimmons, who sits on the AP Board and coordinates our quilt work. Bobbi described the project in a blog (“She Persists“) which we later published as a press release. Abby Hack, AP’s Program Manager designed these pages.

Ryan Pham, a 2021 Peace Fellow wrote this commentary about the long struggle to adopt the amendment. He describes how the final vote culminated in dramatic fashion when Harry Burn, a 23-year old Congressman from Tennessee, cast the deciding vote and broke a tie after reading a letter from his mother urging him to support the amendment.