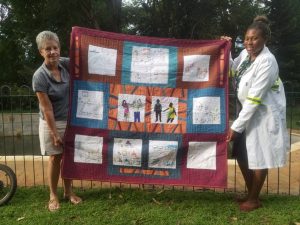 Tina Weare, a leading quilter in Harare, trained the girls of WAP to produce blocks which were assembled in the US by Allison Wilbur and returned to Africa in late 2019. Tina is shown with Constance Mugari and the finished quilt.

The squares in this quilt describe the many pressures on girls to marry in Zimbabwe. Over a third of all girls in the country marry before the legal age of 18.

In response, the Women Advocacy Project (WAP), based in Harare, has launched an imaginative campaign to inform girls about the risks and provide them with a reason not to marry. At the heart of the campaign are two girl “ambassadors,” Evelyn and Trish, Their job is to mobilize girls in Chitungwiza and Epworth, two neighborhoods of Harare which suffer from chronic poverty and unemployment.

Evelyn and Trish have organized around 40 girls into two clubs. They meet every week and discuss child marriage. If Evelyn and Trish spot a girl who seems vulnerable to marriage, they inform Constance Mugari, the founder of WAP. Constance will then intervene with the family and explore different options.

Zimbabwe’s economy has been in a free fall for months, and this puts enormous pressure on parents to marry off daughters into a wealthier family. In an effort to prevent this, WAP and AP are training the girls to produce and sell soap. 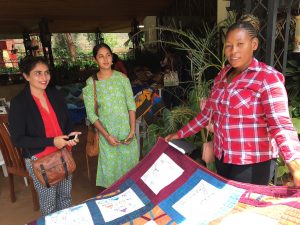 Constance Mugari from WAP shows the Child Marriage Quilt at a meeting of the Kenya Quilt Guild in Nairobi.

The club members have also graphically described the problem through embroidery. In July 2019 Peace Fellow McLane Harrington helped Tina Weare, chairperson of the Harare Patchwork and Quilting Guild, to offer a week of embroidery training, to eleven girls. They described the crisis through a series of graphic blocks. McLane brought the blocks to the  US, where they were assembled into an advocacy quilt by Alison Wilbur in Rhode Island.

In November 2019, AP exhibited the WAP quilt at the UN Summit on women and girls (ICPD 25) in Nairobi. Constance used the opportunity to make a strong case for empowering girls. After the conference finished, Iain Guest from AP took the quilt to Zimbabwe. The girls were fascinated and delighted to see how their blocks had been turned into a true work of art.

WAP and AP will continue to use the quilt in our advocacy in Zimbabwe and the United States. We will accelerate soap production and hope to build friendships between the girls in Zimbabwe and High School students in the US. We welcome feedback and suggestions.

Our thanks to WAP’s donors including McLane Harrington, Rockflower and Action for World Solidarity for generously supporting this program. 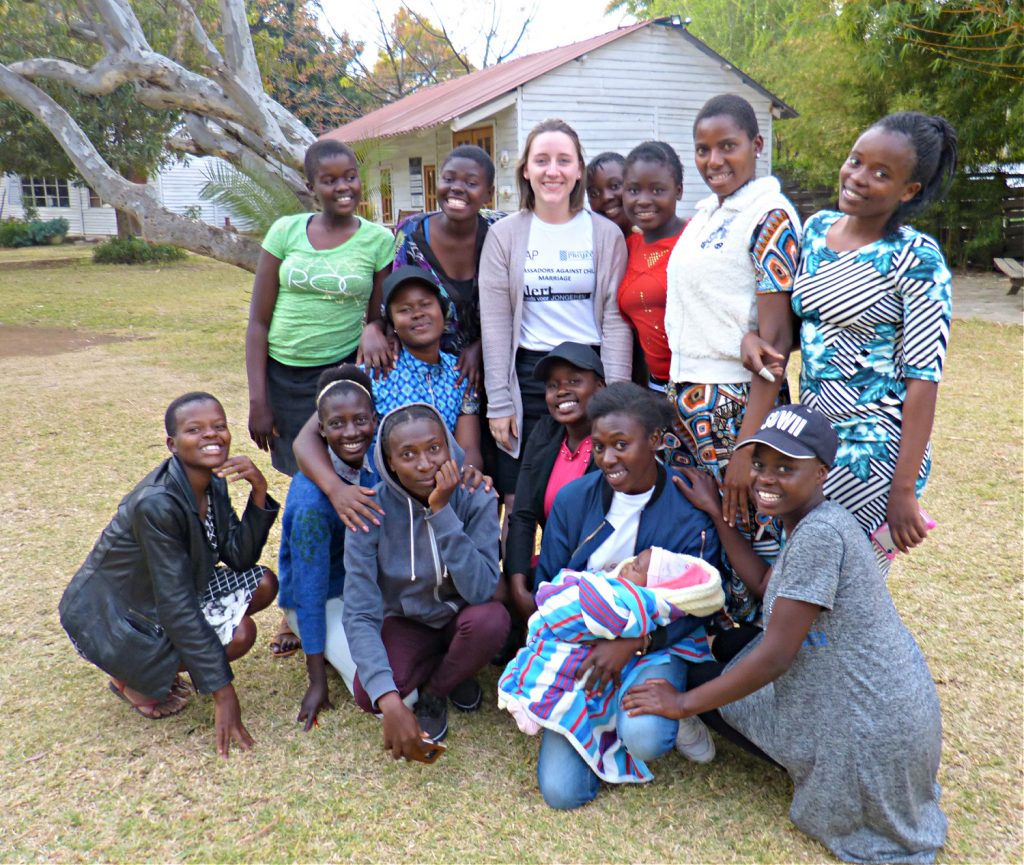 McLane Harrington, an AP Peace Fellow, raised funds for the embroidery project, helped the girls with their designs, and took their squares back to the US, where they were assembled into a quilt by Allison Wilbur. 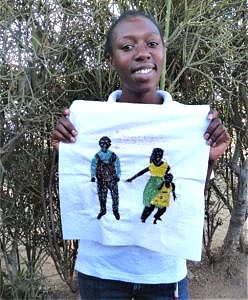 Kundai’s dramatic square shows a young girl being constrained by her guardian and given over to an older man to be married. Guardians fulfill a vital function when children are orphaned, but this particular guardian resents the time and expense she has put into the girl and wants to be compensated. She feels that this will only happen if the girl marries a much older man – even it is against her will. 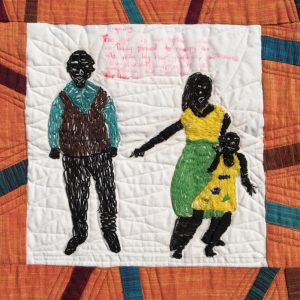 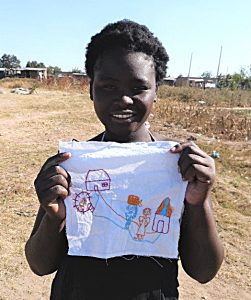 Patience’s square shows a mother forcing her daughter into marriage against her will. The girl is very sad to be leaving the family home. But her parents are so poor that they need the income that will come through the girl’s husband. 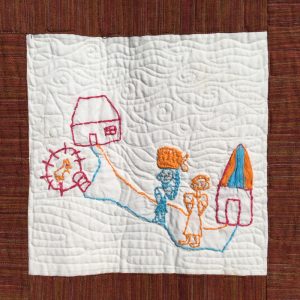