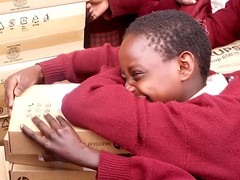 Today an unusual sight rolled into Enoosaen as truckload of computers donated by HP arrived at the doorstep of the town’s two girls’ schools. Today we unloaded 16 computers at the Enkakenya Centre for Excellence and 16 computers at the neighboring Enoosaen Girls’ Secondary School. And there are even more slated for a what will likely soon be a community center run by the Kakenya’s Dream organization. Over the next week, a computer engineer will be helping us set up the schools’ computer labs. All we have to do is prepare the space, the electricity source, and some tables on which to enshrine our new toys. 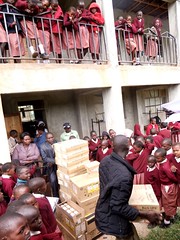 I am in awe – HP has thought of everything. There are extra printer cartridges and even backup battery UPS (uninterrupted power source) devices so that the fluctuating power sources we will rely on won’t hurt the computers and won’t leave the students with sudden shutdowns and unsaved work. An individual from HP actually donated the indispensable Microsoft Office software. The most thrilling thing for me is that HP also had the wherewithal to send an engineer to do the initial wiring and set up, and I’m not left bumbling around in a pile of wires as I had at one point expected to be. Somebody over there knows how to make a user-friendly donation. 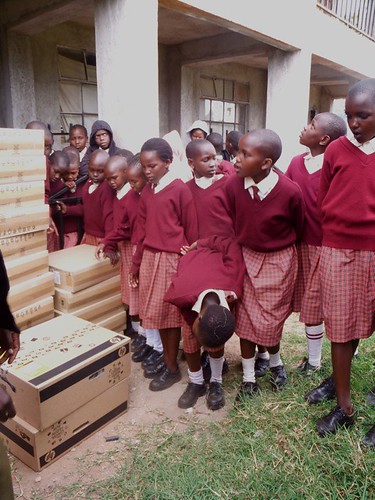 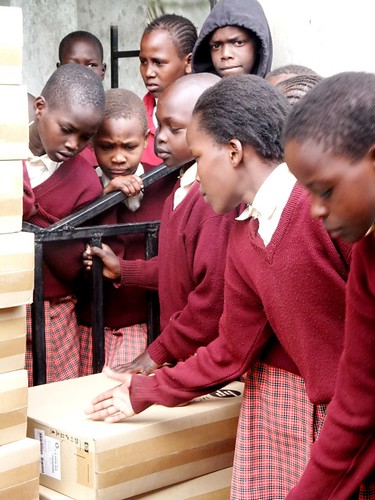 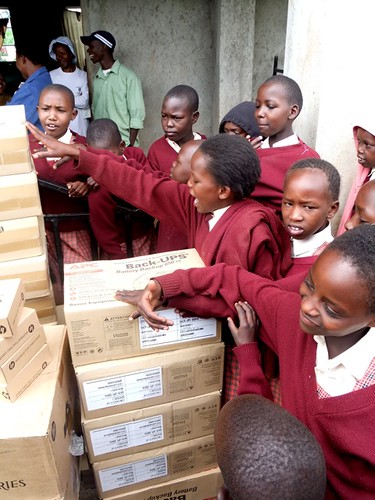 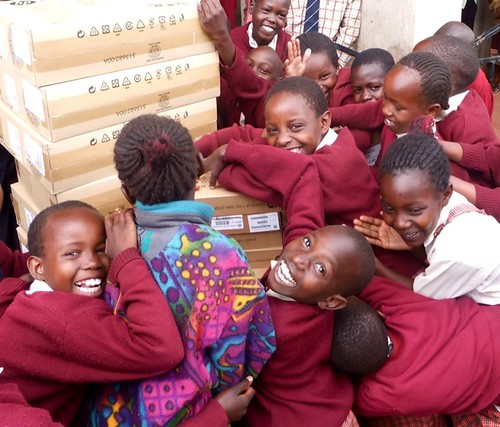 The Kenyan Ministry of Education is giving ICT capacity ever increasing importance, but is completely unable to supply its schools with sufficient computers. This past year, for example, the government’s decision to make the KCPE (eighth grade primary school leaving exam) registration electronic caused utter mayhem and great strife for primary schools across the country that are almost never supplied with even one computer. Beyond this, computer courses are offered (yet not mandatory) in the government secondary school curriculum, but children at schools without computers are severely handicapped in both the job market and the college application process by not having access to computer classes. This is just one more reason that parents who can afford it will send their children to private schools which are far more likely to have technological tools at their disposal, and why those children get into the best national high schools and universities. 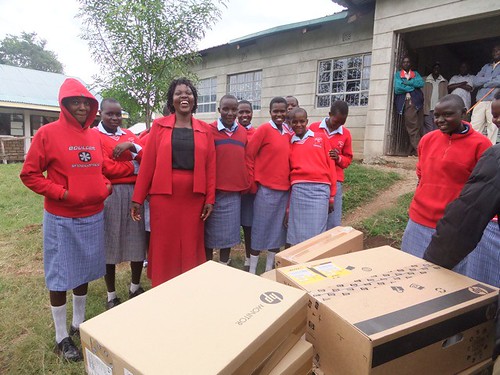 The Enoosaen Boys’ Secondary School has had a computer lab for years, reinforcing the inequality in the local educational system that girls face. These labs will help close that gap and send a message to the community that girls do, in fact, deserve the best, and that HP and Kakenya and her American organization recognize this. Furthermore, during holidays, the girls’ secondary school is planning to open the lab to community members to learn computer skills at a small fee, which will both generate income for maintenance of the computer lab and extend the opportunity for ICT skills and internet connectivity to the rest of the community. 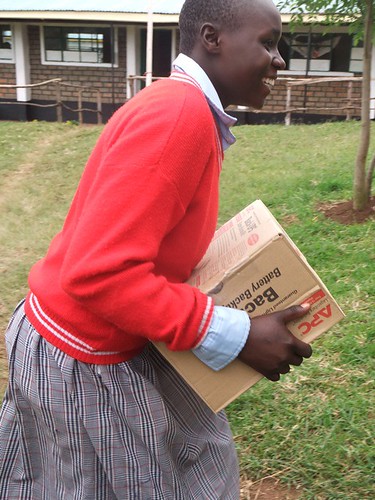 All of these factors dovetail beautifully to make sharing the gift of the computers with the girls secondary school align perfectly Kakenya’s overall interest in girls empowerment and community development.

The headteacher of the secondary school is just glowing after receiving the computers. She says you only see computers this nice in the bank here in these parts of Kenya. “We may have been the last school to get computers, but we are going to have the best lab in the district,” she is saying. 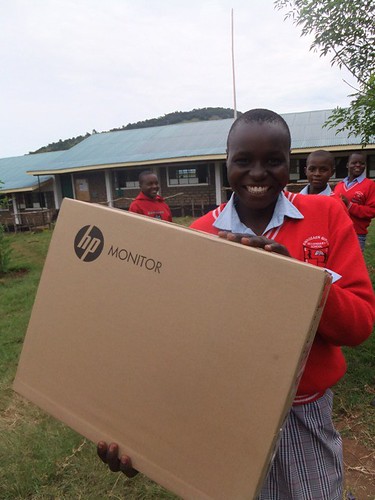