A Walk through the Entrails of the Sandaga Market

Though Helah and I have been coming to the Sandaga market on a daily basis for the last two and half weeks, we only ventured into the depth of the Sandaga market this past Wednesday, exposing all of our senses to Sandaga’s hidden corners. Adelaide Foute Tega, UCOMAS (Union des Commerçantes du Marché Sandaga) president, took some time off from her daily responsibilities at the restaurant to guide us throughout this intertwined labyrinth of small shops and restaurants, where street kids find refuge in the midst of poison braisé (grilled fish), and plump watermelons. From the outside, those improvised boutique created out of wooden sticks and metal do not look like much; however, once inside you can tell that the shop owner dedicates herself to keeping things extremely well organized and clean. 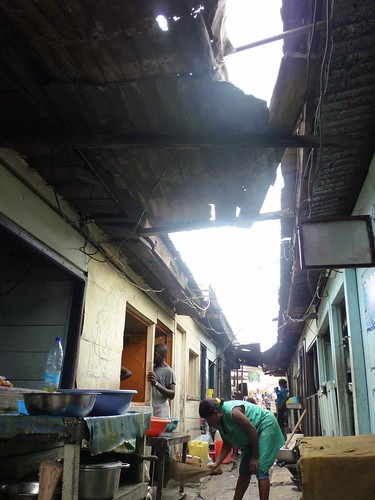 There are various reasons, some obvious and others less so, why Helah and I did not venture on our own in the Sandaga market. First of all, tourists have had their cameras broken while taking pictures at Sandaga. Understandably so, market traders do not appreciate random strangers taking pictures of their difficult working conditions so that they can show how “genuine” their African experience was. Second of all, since we have been coming to the Sandaga market on a regular basis for the last 3 weeks, people automatically associate us as supporters of UCOMAS women traders. UCOMAS has received fierce opposition from the established ASCOMSAD (Association des Commerçants du Marché Sandaga) because UCOMAS is challenging the status quo. The women traders are tired of the manipulation, intimidation and verbal/physical harassment they have to endure on a daily basis; they want a space where they can express and fill their grievances. That we want it or not development is a political act; we must assume our subjectivity. Thirdly, because of her incredible aura and charisma, Adelaide Foute Tega was able to convince women who would have been otherwise skeptical about our presence at Sandaga to take part in the documentary. More importantly, involving women traders in the documentary who are not part of UCOMAS executive bureau creates a sense of ownership. Their expertise is sought out; their opinion is valued and respected.

The day before, we had the opportunity to attend UCOMAS General Assembly and meet some of those newer members as well as the women who are still unsure about the benefits of joining UCOMAS. UCOMAS General Assembly enabled women market traders to express their opinions about UCOMAS current and future activities and discuss some of the parameters of UCOMAS’ actions. As such, here is a snapshot of some of the projects discussed: (1) cleanliness project: women traders are given brooms to clean their shops, restaurants and other spaces for their merchandise; it is hoped that this initiative will have a multiplier effect throughout the Sandaga market; (2) rehabilitation of toilets: a proposal was sent out to the US embassy self-help project –we are still waiting for a response; (3) the creation of a microfinance initiative to enable women’s access to credits at a reasonable interest rate; (4) the installment of a cold chamber to preserve fruits and vegetables; (5) the creation of daycare –though decried upon as utopia during the General Assembly, this service is much needed; (6) enhancing women traders capacity to advocate for themselves –especially as it to relates to gender and leadership. 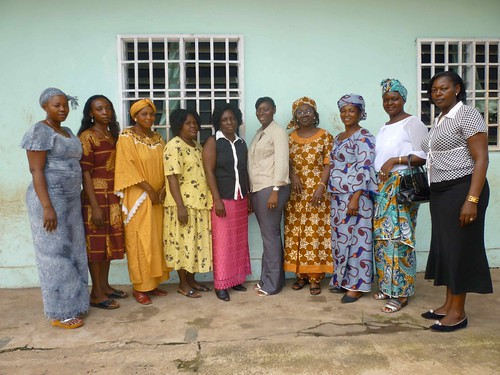 What emanated from the UCOMAS General Assembly was the women trader’s thorough knowledge and understanding of the issues at stake and their incredible capacity to come up with an action plan in order to address their problems. Now is a crucial time for UCOMAS, a tipping point really. As the Vital Voices grant comes to an end, it is imperative not to lose the momentum and the feeling of empowerment the women acquired through the training they have received as part of the AMA Women project sponsored by Vital Voices. In its nature, UCOMAS is such a nascent initiative and will require a lot of nurturing –financial and technical- in order to carry on. There is also an incredible danger that if weakened, UCOMAS might not resist the pressure from other groups within the market who are firmly opposed to these women’s initiative. We hope that the communication tools we are developing will help in strengthening the UCOMAS initiative and enable the women traders to carry out their economic activities in dignity as every human being deserves to do so. 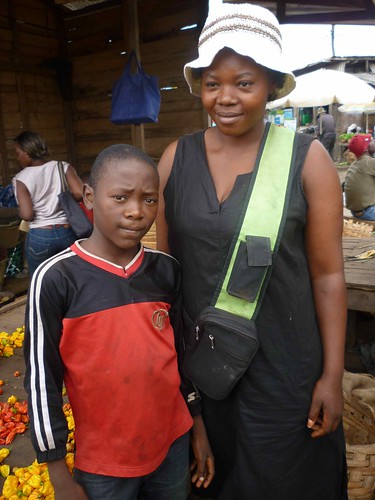