A documentary on rights for persons with disabilities, and meetings

Many things to report this week, which I’ll do over several posts.

The Film
First, I’ve completed a short, rough draft of a movie on disability rights in Vietnam. The draft includes the objectives of the film and its effects, along with which scenes or interviews will need to be filmed in order to convey those ideas.

This movie is one of my big projects with LSN-V this summer (script only, no filming!) in helping them with advocacy work for rights for people with disabilities (PWD) within the country, and the draft is only the first step in a rather long process. The end result, hopefully, will be a film that targets major stakeholders in the country, promoting awareness of the UN Convention on the Rights of Persons with Disabilities and concurrently promoting rights-based assistance for individuals with disabilities.

I don’t quite know how the logistics of filming will be handled, but since LSN-V plans to collaborate with the National Coordinating Committee on Disability of Vietnam (composed of government and non-governmental agencies and organizations), I think the process will be more streamlined than disjointed.

Meetings
Aside from working on the movie, I attended meetings for various organizations and working groups, including

I’ll report on the latter two events in my next entry; below are the details of the quarterly NGO meeting. I went with Kim Hoa, my officemate at LSN-V (and who is conveniently one of my closest friends here in Dong Hoi). 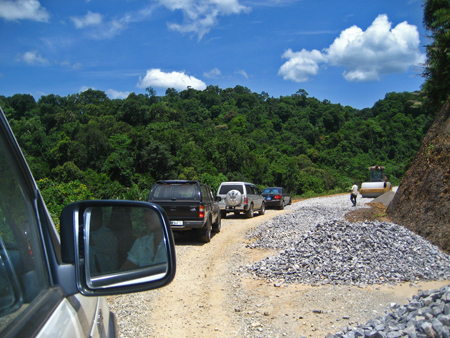 This quarter’s meeting was hosted by the Rural Development and Poverty Reduction Fund (RDPR), and was held in a commune of the Van Kieu ethnic minority people in the Annamite Mountains close to the Laos-Vietnam border. 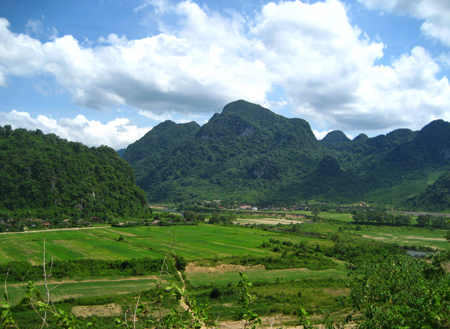 RDPR works to improve the capacity of poor and disadvantaged people, mostly women or ethnic minorities, to meet their needs in a sustainable way, so to report on the progress of some of their activities, RDPR reps brought everyone to observe a pig farm and a small banana field, two projects where they had successfully provided training and microcredit loans to help the farmers get going. 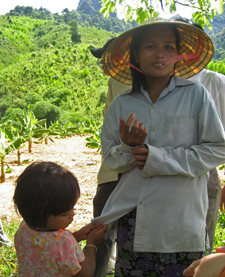 Again, the refrain throughout the meeting was an emphasis on sustainable aid for those who most need it and the promotion of self-sufficiency, a philosophy to which all of the NGOs subscribe. Another theme of the meeting was the need for more collaboration between the agencies and government offices in the province, so that activities can be better managed and therefore more affective. 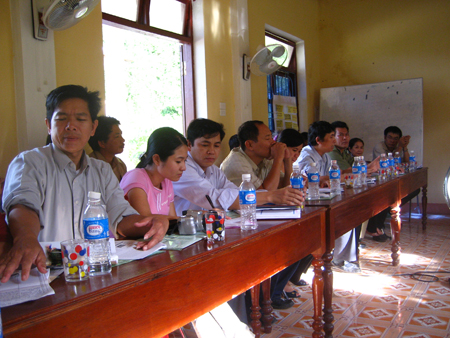 An afternoon of presentations

It was a long afternoon of conversations and presentations in really oppressive heat. You must know that the temperature in the mountains is even hotter and drier than in Dong Hoi (which already averages 98 degrees Fahrenheit). So at the end of the day, we unwound with a dinner of local dishes, and of course, karaoke. What meeting would be truly complete without karaoke? 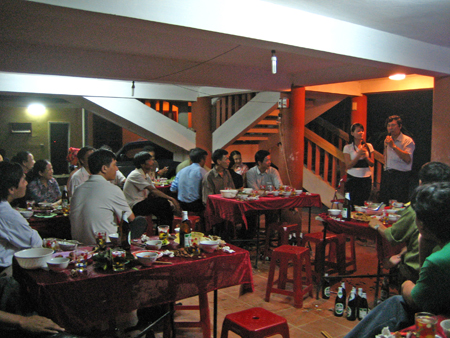 Kim Hoa and Mr. Thuc from DoFA sing to a captive audience.