Le Anh Tuan believes his body was weak from birth. His mother died an hour after delivering him. He says that without her breast milk, his body never grew strong. His father left him to start a new family in Hanoi, leaving Mr. Le to grow up in the care of his grandmother.

Mr. Le initially broke his leg playing a rough game with his friends when he was six years old. According to Mr. Le, due to the privations of the American War, the medical treatment he received after breaking his leg was unprofessional, leaving it weak and permanently damaged. However he continued to live a life little different than those of his peers. 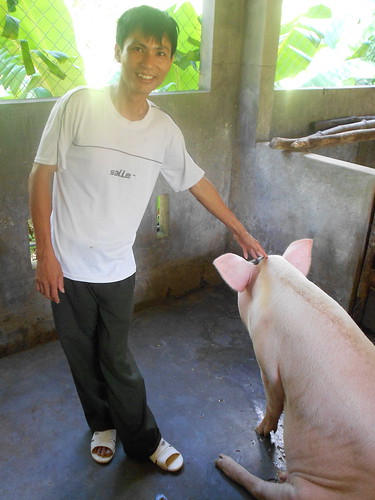 After completing his secondary school education, Mr. Le attended a technical school and eventually ended up working in Dong Hoi City, building a successful life for himself. This all changed in 2005, when a motorcycle accident reinjured his left leg, permanently disabling it. Unable to continue working at his job, Mr. Le left Dong Hoi to return to his rural home, sinking into a deep depression.

For the following six years, Thuan rarely left his house. “I was selfish,” Mr. Le told me. “I only cared about my own survival.” Eventually he began farming and raising animals to help support his family, but luck was against him. The death of a group of his pigs left him in financial ruin.

Mr. Le claims that a visit from an AEPD outreach worker, who was also a person with disabilities (PWDs), changed his life. Although AEPD offers many of methods of support to PWDs, what finally convinced Mr. Le to reenter his community was the opportunity to help others by becoming a member of the local AEPD-supported PWDs peer-support group. He eventually became a core member of the group. 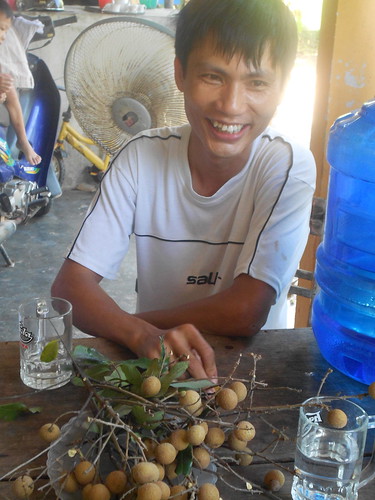 As part of the group, Mr. Le has gained access to many AEPD trainings that have benefited his mental wellbeing as well as his success in raising livestock. AEPD also provided Mr. Le a grant that helped him purchase pigs he’ll eventually sell for a hefty profit, finally bringing him financial stability. But according to Mr. Le, the most important part of his participation in the peer-support group has been the opportunity to help other PWDs with their own lives. “I help them set health goals for themselves and create business plans to apply for funding from AEPD,” Mr. Le told me. As he says this, his smile grows. It’s obvious that helping others has helped his own life.