An inconvenient truth: my first time at a brick factory 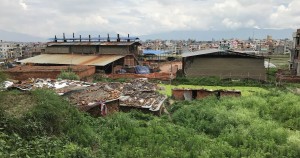 View of a brick factory in Lalitpur (Patan)

When I was a kid back in Argentina, I remember I always looked forward to that day in the year when the school took us to a field excursion to some local factory. One time we went to the Sprite factory and I even got a photo camera with the shape of a Sprite can…it was amazing! Another time, as good Argentineans, they took us to a slaughterhouse. It didn’t have such an impact on me as I still eat meat, but I remember going back home and thinking that it was not necessary for me to see that. I was already very happy having my steak; I didn’t need to find out the process through which it went from the cow to my table.

But I guess there are things that we need to see, even if they make us uncomfortable.  At the end of the day, it is always better to know the truth in order to make informed decisions and statements. 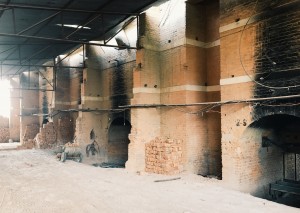 Kilns where bricks are produced

I had to remember that when I went to a local brick factory this week. When my friends at CONCERN first told me we were going, I got very excited. I was finally going to be able to see with my own eyes the place that most of the kids in the program call home. I would be able to understand how they live and where they (and their parents) work. I’ve been saying things like “overturning bricks inside kilns” ever since I knew I was coming to Nepal, but I don’t think I really understood the concept entirely.

Even though it is monsoon season now and therefore the factories are not operating at full capacity, the moment I got there I had the impression that there were things that I didn’t want to see. Just like when I was a kid and didn’t want to see how cows were killed at the slaughterhouse so that I could eat meat, I guess I didn’t want to see people carrying almost 25 kg (more than 50 pounds) of materials on their backs to transport bricks from one place to the other so that buildings (like the one where I’m staying at) around the Valley can be built. 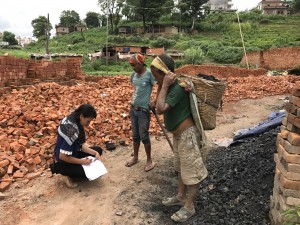 Interviewing parent’s of beneficiaries while they work

It is one thing to talk about child labor, or hazardous working conditions, but it is very different to actually see it. To see people (mostly grown ups during my visit, I have to say) doing the jobs that in other places might be done by machines or animals. I found it hard to believe that adults can spend their day inside kilns, exposed to extreme temperatures, or carrying so much weight on their backs under the sunlight. It hurts. It makes you upset. Sometimes it makes you want to look in other direction, because it is just very uncomfortable.

But after that initial reaction, I remember that there are two sides of every story. And that is necessary to hear them both. When I started talking with the families that work in the brick factory, I realized that for them that is home. The brick factories provide a source of employment for many people that do not have any other source of income in their villages. It also provides a shelter, as families who migrate are given bricks and clay, and can build their sheds – Jhyauli- on the property. Jhyaulis are basically 4 short brick walls and a metal sheet on top of them. No bathroom. No kitchen. No separation between grown ups and children. 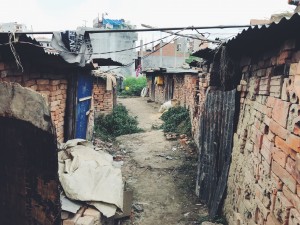 The factories also provide a source of employment for kids from needy families. For 20/30 rupees per day (around 0.25 cents of a dollar), kids overturn bricks inside kilns, pile them and carry them. Of course each kid is different, their families are different, but the ultimate reason why they are not able to enjoy a proper childhood is the same: lack of opportunities. As I walked through the factory taking pictures and hearing what Sundar explained to me about it’s functioning and the life beneficiaries have here, I couldn’t help but wonder what would be of these families without the factory. Would they work in better or even worst conditions? Would they actually have a job? Where would they live? I was not sure. 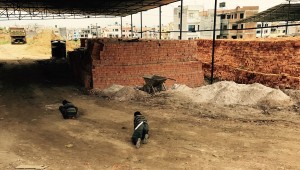 Children playing at a brick factory

It is very easy sometimes for us to judge; to say that something is wrong without knowing the context at all. That happened to me in the factory. I felt very angry that children had to live this way, that the work in the factory is so hard for everyone and that the conditions are, in my point of view, most of the time not acceptable. But instead of pointing out that this is something wrong that shouldn’t exist, or assume that it doesn’t and look in other direction, I hope I can face this inconvenient truth and do something about it. And I think CONCERN’s approach is the same as mine. They are not here to close factories, or to claim that parents are evil because they let their kids work in these conditions. They understand this is all the result of a system that is not working properly. And they try to help without judging. Providing an opportunity for those kids to have a better future – and a better present as well.