Breaking the cycle of violence 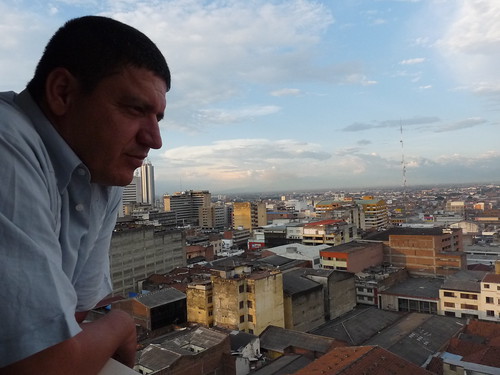 When he was ten years old, Edgar was asked what he wanted to be when he grew up. He gave three answers: a lawyer, a priest and a piano player. “Why a lawyer?” someone asked. “Because it’s the only way in which I can help others, by helping people to know their rights.”

Edgar Mendoza Betancourt grew up in the Aguablanca district, the poorest area of the city of Cali, without electricity or running water. He started working at 12 years old, holding odd jobs selling newspapers, working in construction and as a street vendor.

Growing up at a time when Colombia’s urban guerillas, including the M19, were taking over urban areas, he experienced a great deal of violence. In his own home, his father often attacked and harassed him and his mother. Particularly impacting his childhood were four so-called “crimenes pasionales” (passionate crimes) in his neighborhood where women were killed by their husbands for reasons of jealousy and infidelity. “These are things that impact the life of any human being,” Edgar now confides. “I knew that one day I would change this, turn this experience into something good.”

After completing his military service, he began to work for Empresas Municipales de Cali, or Emcali for short, a municipal-owned company which provides water, telecommunications, and electricity services. The hardships of living in poverty motivated him to find other opportunities and he decided to go to a university. He started studying on his own, reading as much as he could, and through the Instituto Colombiano para el Fomento de la Educacion Superior (ICFES, the Colombian Institute to Promote Higher Education) he had the opportunity to get a Colombian high school diploma (bachillerato) in one single exam. With this certification as “bachiller”, he was able to enter a university. Emcali offered grants for their employees to study, so he applied and received a scholarship.

Studying at the university was very difficult. “Lacking any secondary education, I made lots of spelling mistakes, I was ignorant of many things,” he admits. “Every day I had to make more efforts.” Luckily, many professors and fellow students understood his situation and helped him out. After studying for eight years in the university, he graduated on April 12th, 2002, at 40 years old, to become a lawyer with a specialization in family law and “contribute to society”. “I love family law because of its social aspect. For me the most fundamental part of social well being starts in the family. I do it because I’m convinced that one has to give back to society.”

Today Edgar fights against domestic violence with Asopropaz, the Asociacion Colombiana de Profesionales por la Paz (Colombian association of professionals for peace). “Why does family violence interest me? First, because in my childhood I was a victim of family violence and then later, by my own behavior I submitted my family to domestic violence. After one has been victim and victimizer, one has the moral obligation to help others get out of the cycle of violence, so that others can find what I found, and others can avoid the mistakes I made. So that other children don’t suffer the same things I suffered and other women don’t suffer what my mother suffered.”

Edgar is now 47 years old and has been practicing family law and helping people for seven years. He considers himself a priest in the sense that he’s an example for his children and tries to maintain strong values in his home. His only frustration is that he hasn’t learned how to play the piano yet. 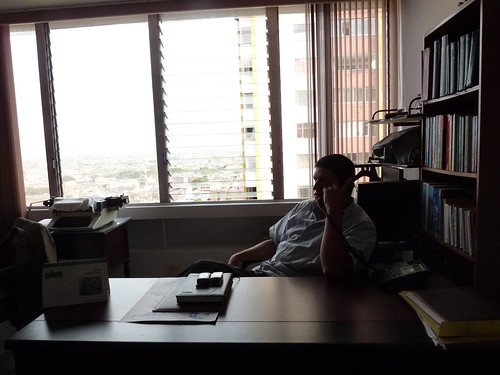