An AP Fellow’s Frustration: Living a modern life in the rural remote

I looked at my watch.

About half an hour ago, we were supposed to leave for a meeting with the Member of Parliament in the town of Kilgoris. So far, however, the taxi driver who should pick us up did not show up yet.

It is Kenyan time. More exactly, Kenya rural time—located in the time zone of at-least-an-hour-behind the real time.

I continued hand-washing my clothes in a tub, which was just used for washing my face, and all other people’s faces in Kakenya’s family. A cow walked by and tried to drink the water in my washtub. I stopped it from almost chewing my clothes and it continued his relax walking to another way. 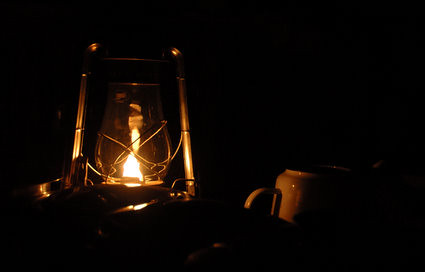 Living in the internet world without electricity

It was my second day being in Kakenya’s village and I thought I almost got used to it.

It was fresh to breathe the smell of the land in the morning while stretching out on the green hill.

It was peaceful to look at the sunset dyeing a golden-rosy color on the maize.

It ws fun to play with puppies, baby goats, and chicks in the sunny afternoon.

…It was surprising that I could check out emails or even call my parents via skype with a quiet fast Internet speed—Safaricom Company should be appreciated for building a signal tower nearby this village and creating the wireless Internet modem—it is such a magic that allows people to use Internet wherever there is a phone signal and it bridges the people in such a remote village with the “civilized” world where such an innovation is not commonly used though.

UNTIL this week that I find that I have to keep the same working pace as when I am in the cities—all the projects within The Advocacy Project, no matter blogging, video editing or photo uploading, require stable electricity support.

It was disappointing that after we walked about half an hour carrying all our electronic products from home to the town center to use the electricity resource and it got cut off an hour after we crazily typed on computers, being in a place without electricity definitely makes you appreciate the fact that you are able to acquire PH-EL & Sikring services back home.

It was depressing that I was sticking at my computer, accounting the MBs left on my video uploading for two hours and the Internet got disconnected so that the time and the money on my modem were wasted for nothing.

When my mac system suddenly crashed along with the noise from the internal hard driver yesterday in-the-middle-of-no-where, I almost killed myself.*

Could my life be more dramatic than to live a modern life in the rural remote as an AP fellow?*

I eventually climbed on my bed feeling exhausted after wondering my life between the two worlds.

Suddenly, I heard a slight sound under my bed, which I seemed hearing every night.

I turned on the torch to look at the space under my bed.

And a pair of eyes.

“There is a chicken nesting under my bed!” I called Kakenya.

She laughed out loud, “My mom says that it has been hatching for about three weeks!”

“Could you take it out? Now I understand why I always hear something ‘from’ my bed every night!”

The poor chicken was finally pulled out and resettled in a basket in the living room and we saw a nest of just-born chicks before they were returned to the mom.

I found I still had mood to laugh.

Life is moving on no matter how you think about it. The way to better enjoy it is to encounter it.

*The reason why I eventually did not kill myself was because I backed up most important data on another external hard driver–That is a quiet important note for all AP Fellows!

*To see my director Kakenya Ntaiya’s legency of a Maisai girl’s frustration in US: In a New Country, Confusion and Doubts 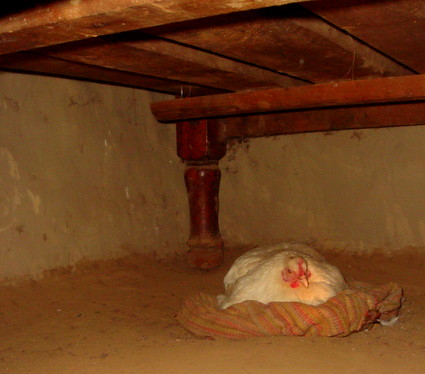 Poor chicken that has been hatching under my bed were pulled out finally.