“Be on Kibera”- Youth Frustration and Activism in a Nairobi Slum

The one room house is packed shoulder to shoulder with young people, all 18 to 25. I am at the officers meeting for SMART Club, a community based organization founded shortly after the 2008 post election riots. Its goal is to promote civic education among the youth in Kibera some of which were participants some victims of the election violence. 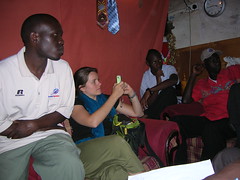 Kenneth Odogo Owade, the club’s founder, sits perched on the arm of one of the overcrowded sofas. He is bleary eyed because he worked three shifts in a row at the YMCA starting the previous afternoon. He will go back to work tonight, go straight to class the next day, return to Kibera for a nap, and start the process again earning in a month the equivalent of 80 US Dollars. Despite his weariness, Ken is never too tired to talk passionately about the importance of this club or the immense challenges that stand in the way of a young persons survival in a place like Kibera, a city like Nairobi, and a country like Kenya.

The name Kibera is notorious; the second largest “temporary settlement” in all of Africa, it is less than 700 acres but houses an estimated 1 million people. Despite the notoriety of Kibera, I once heard Kibera called the “most peaceful” slum in Nairobi. When I asked Henry, another attendee of the meeting about this, he at first responded with incredulity, but then after the brief pause conceded, “well, in Kibera, you won’t get mugged during the day.” At night it is a different story.

As a Muzungo (white person) I am told daily that I am a perpetual target in Nairobi and must always leave Kibera well before twilight. But squeezed shoulder to shoulder with these energetic, well-spoken young people who alternately debate and tease one another, I do not feel fear, pity, shock, or any other emotion that people who visit Kibera the first time often report experiencing. Despite the poverty and crime, the youth in this room are exactly what the world has been looking for. They are the segment of the “youth bulge” that could keep their country from plunging into the civil chaos that has plagued their neighbors Somalia, Uganda, Ethiopia, and Sudan. 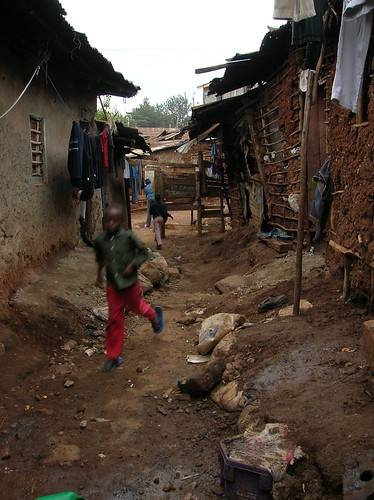 Before 2008, much of the world took for granted that Kenya was a bastion of stability in the Sub-Saharan Africa. People inside and outside the country reacted with shock at just how quickly the violence spiraled out of control. Conflicts that at first appeared to be tribal feuding, it later was confirmed, were in part the result of groups of youth that had been bribed by politicians first for their votes, then for their violence. Kenneth himself at the onset went out into the city center to take pictures in hopes of documenting the atrocities, “but I took five pictures and I had to stop. It was too much.” He instead went back to Kibera and did his best to calm people and evacuate members of targeted groups to safety. In his house he hid a woman who was a member of the targeted Kikuyu tribe, telling her if people came after her, to claim to be his wife. They came, she did, she survived.

Ken is exceptional, but he is not the exception. As the young people around me discuss micro-finance, team building, creating a budget, I think about an article I recently read entitled “Kibera youth always primed for violence.” Martyn Drakard a reporter from The Observer, a Ugandan newspaper, writes about the train track that run through Kibera being torn up in protest of recent tensions between the two countries. In it he claims:

“Kibera youth can be divided into several categories: those who traipse every morning to the factories five miles away hoping to catch the eye of a sympathetic foreman; those who stay in Kibera and run or are trying to start projects, such as selling water, managing public toilets and showers, disposing of waste; those who stay at home doing nothing; and the others who are ready at a moment’s notice to take to the streets or alleys in pursuit of some cause.”

But can the youth in this room where I am sitting be easily squeezed into any of these above categories? It is convenient when you are speeding through Kibera on a high-powered train or hurrying out of Kibera before sunset to miss yet another category of youth. The kind who, in the words of Kenneth, “Don’t let Kibera be on you. You be on Kibera.” You cannot see signs of Kibera externally. They don’t look poor, or “primed for violence,” but there is a fire within them to be on Kibera, on Nairobi, on Kenya to start opening pathways out of poverty and marginalization. To give them a platform for participation that is more permanent than the settlement in which they live. To pay attention to the youth before they tear up more than the train tracks.