Untangling the Knots that Bind Wastepickers

The legal framework that informs interactions between citizens and the state and individuals within a state can be like a knotted ball of string; difficult to find where it ends and where it begins, difficult to figure out who actually pulls the strings.

Given my position as a law student, the staff at Chintan have requested that I dedicate space on my blog to explore the interaction between wastepickers, Chintan and the law. This post therefore represents the first in my new series of bLAWgs: Legal Literacy at Chintan. This series will begin with an overview of the legal issues that Chintan tackles. More in depth case studies will follow in the weeks to come.

Santoo was brutally beaten by police when he was accused of stealing while actually collecting waste for recycling. No charges were laid. Today, Santoo fights back as a leader within the wastepicker community.

For example, Santoo, one of Chintan’s most charismatic leaders, is dedicated to uniting wastepickers to prevent the arbitrary use of police force where wastepickers are simply doing their jobs. United, wastepickers represent a more formalized and publicly recognized work force. Divided, wastepickers become invisible and are vulnerable to police brutality and further infringements on their civil liberties. Chintan is in the process of setting up a distress line to assist wastepickers.

Beyond managing one-off interactions between wastepickers and the police, Chintan also aids in the domestic implementation of international law. For example, Chintan’s “No Child in Bins” program directly contemplates international legal norms abolishing child labour as well as India’s policy on eliminating child labour. The “No Child in Bins” program provides educational support through learning centres to the children of wastepickers and children surviving through wastepicking. 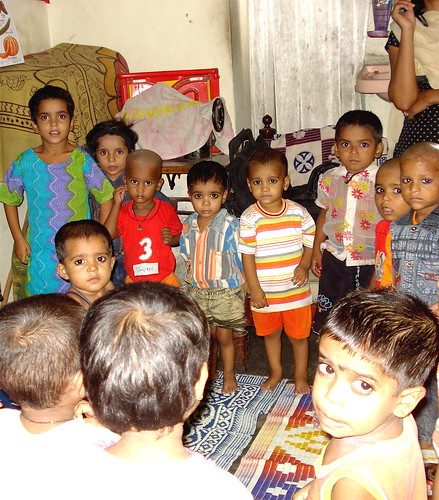 The “No Child in Bins” campaign aids in implementing international and domestic laws banning child labour.

Chintan is also active on the international scene, advocating for India’s urban poor throughout the development of international agreements. For example, Chintan is part of the international climate justice movement, seeking to have the work that wastepickers do in curbing climate change recognized within the United Nations Framework Convention on Climate Change. 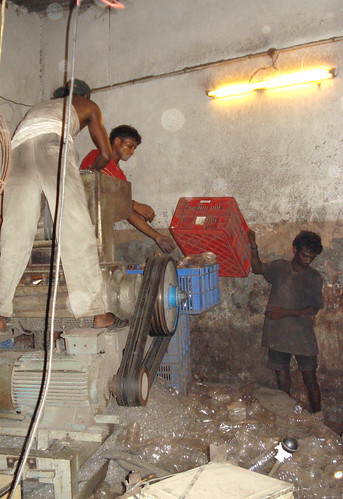 Wasterecyclers are vital to climate change mitigation in India. For example, manufacturing goods from recycled materials uses less energy than using new inputs. In addition, wastepickers prevent many paper products from entering landfills, concomitantly preventing the release of methane from the decomposition of such materials. Finally, wastepickers reintroduce used paper into production thus relieving some of the pressure on trees to provide all of India’s paper needs. Yet, funding through the Clean Development Mechanism of the Kyoto Protocol to aid in this vital service has evaded wastepickers thus far, focussing instead on end of pipe solutions.

For a factsheet on wastepickers and climate change see: http://www.no-burn.org/article.php?id=729