Munira “Beba” Hadžić, the director of Bosfam, had a very comfortable life before the war. She was a math teacher and the principal of the Srebrenica primary school. She had a beautiful apartment in the center of Srebrenica and a vacation house by the lake, where Beba and her family spent every summer weekend swimming and relaxing. 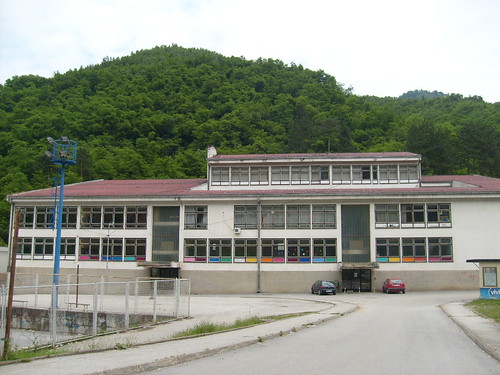 When the war started in 1992, her life changed forever. In May of that year, Beba gathered her family in her apartment and switched off the lights in order not to attract attention. They were sitting in the darkness silently, when the Bosnian Serb soldiers broke into the apartment and expelled them from Srebrenica. The women were deported on a bus to Bratunac, while the men were taken away for massacre, just like the Srebrenica genocide which would take place 3 years later. Fortunately, Beba’s husband escaped death with the help of a Serb friend who drove him out of Srebrenica. Her sisters were not as lucky as her, and the bodies of their husbands today rest at the Srebrenica-Potočari Memorial Center.

Beba and her husband were reunited in Bratunac and stayed with a friend for about 10 days. They finally managed to arrive in Tuzla after hiding in the back of a truck for 24 hours, without any possibility to eat, drink, or even move. When the truck stopped at checkpoints, Beba could hear the Serb soldiers laughing and pounding on the back of the truck.

Beba could not believe that war, something that she only saw on the news, was happening right in her own country. For the first time in her life, she felt like she had no control over her life. Then, a small incident in Tuzla altered her perceptions. When Beba was visiting the Tuzla stadium which was used as a refugee camp during the war, one of her former students from Srebrenica recognized her and called her “Director!” Someone calling her a director meant so much to Beba at that moment. She realized that although she was deprived of her material possessions, she was not deprived of her skills and qualifications. She believed that she could do something to change things, to make things better.

Soon, Beba joined the British relief agency Oxfam and started helping out the war-affected civilians. When Oxfam left Bosnia, Beba stayed and established her own NGO named Bosfam, which today provides psychosocial and economic assistance to women displaced by the war. “Bosfam is an organization for Bosnian women, not just Bosniak women. That is our biggest strength,” says Beba.

Even in the midst of the turmoil, violence, and atrocities in Bosnia, Beba never thought of leaving her country. She was invited to speak at the World Conference on Women in Beijing in 1995. An Australian couple who was very moved by Beba’s presentation offered to “adopt” her. They wanted to take her directly to Australia and promised to find a way to bring Beba’s husband and son from Bosnia. However, Beba politely declined the offer. She tells me, “Bosnia is not the best country in the world, but it is my country. I have the responsibility to stay and work towards the well-being of Bosnia.”

Beba is certainly one of the strongest women I have ever met; she is strong in all possible meanings of the word – emotionally, physically, intellectually, and so on. During the war, she lost everything that she owned and it took her years to rebuild her life. She cannot celebrate national holidays anymore because every holiday is a day when her relative died or a horrendous massacre took place. Despite all the pain and hardship she has been through, Beba is quite a cheerful woman. She even tells jokes about the war. I simply cannot help but admire her. 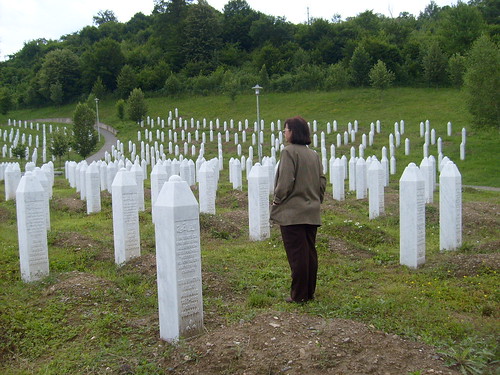 However, Beba is not an exception; she is only one of the many strong Bosnian women. All the members of Bosfam have their own incredible stories. Those are the stories of women who, despite losing their husbands, sons, fathers, or brothers in the brutal massacre of Srebrenica, brought their young children safely to Tuzla and raised them as well-educated men and women. Those are the stories of women who are helping each other and others struggle against economic difficulties and psychological trauma that have been haunting them since the war. It has been a great pleasure for me to be among these amazing women.