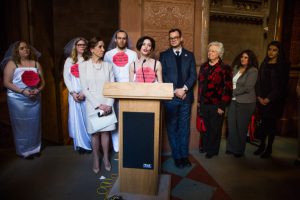 In a few days, I’ll be flying to Harare, Zimbabwe to begin my Peace Fellowship working with the Woman Advocacy Project (WAP) to support their efforts to combat child marriage.

As I prepare for my fellowship, I’m aware of the fact that Zimbabwe—which recognizes 18 as the legal minimum age for marriage—has stronger child marriage laws than my home country, the United States, does. Shockingly, 49 US states currently permit legal child marriages.

While the global issue of child marriage is not commonly associated with the US, it is a persistent and under-reported problem across the country. According to marriage license data compiled by the advocacy group Unchained at Last, more than 167,000 children in the US aged 17 and younger married between 2000 and 2010. The vast majority of them were girls marrying adult men. While states set 18 as the minimum age for marriage, all but Delaware currently allow exceptions to this minimum—for example, if the girl is pregnant, or if the marriage is sanctioned by her parents.

In the past four years, I have been involved in efforts to support child marriage eradication projects in Tanzania, Nepal, Bangladesh, and the US. Whether a girl is married in Dhaka or Downtown Brooklyn, early marriage threatens her mental and physical health, heightens the risk that violence will be used against her, and often permanently ends her education. 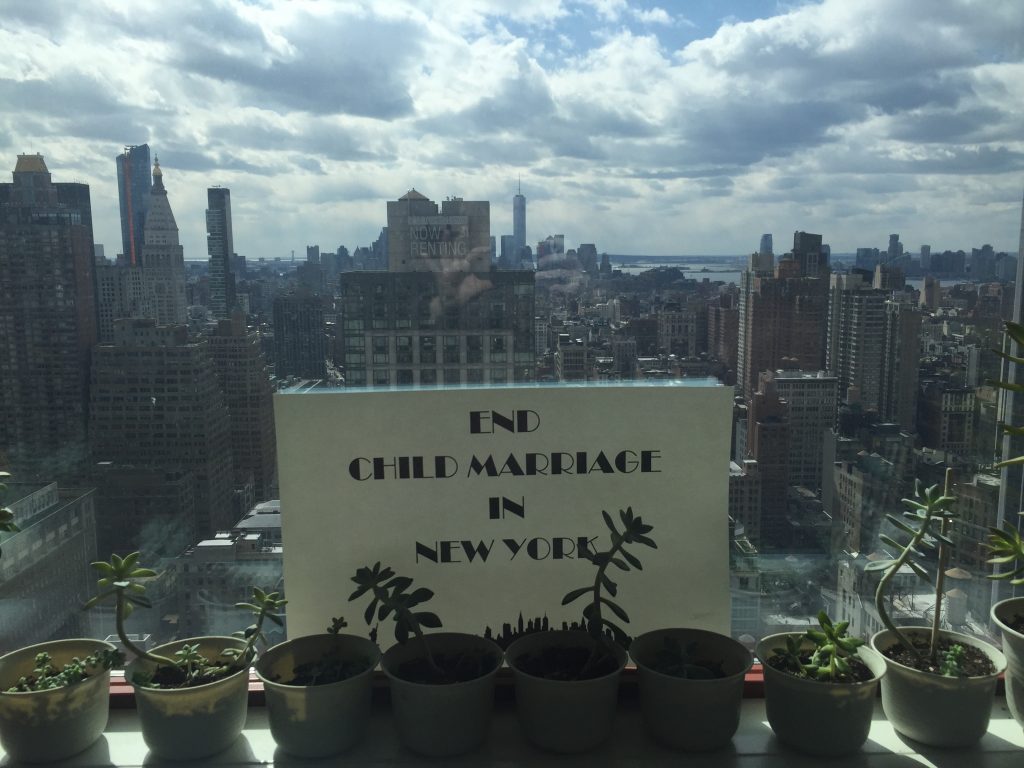 Until last year, children age 14 and 15 were legally permitted to marry in New York State with permission from a judge and their parents. Photo: Alex Kotowski.

In the US, girls who marry before the age of 19 are twice as likely to drop out of high school, which restricts their future job prospects and increases their dependence on their husbands and families. A girl without a high school diploma has limited options if she is trapped in an abusive marriage, since it is often extremely difficult for her to seek the legal assistance or social services that would be necessary for her to escape. Children under 18 have difficulties securing legal representation because contracts with minors are voidable. Groups like Unchained at Last have experienced difficulty trying to help minors escape abusive partnerships because they could be accused of kidnapping.

The good news is that recent years have seen growing momentum against the problem of child marriage, in both Zimbabwe and the United States. In 2016, Zimbabwe’s Constitutional Court set 18 as the minimum marriage age for girls and boys—crucially allowing no exceptions—which was the result of a lawsuit that had been brought against the government by two former child brides, Loveness Mudzura and Ruvimbo Tsopodzi. Last month, Delaware became the first state in the US to set 18 as its minimum marriage age—again, allowing no exceptions. While these decisions represent important steps in the right direction, much remains to be done.

This summer I’ll be working with the Advocacy Project to help prevent child marriages in Zimbabwe, where the most recent available data (from 2017) shows that 32% of girls are married before they reach the age of 18, and 4% before age 15. And from Zimbabwe, I’ll be supporting the US activists who are working to push other US states to follow Delaware’s example.