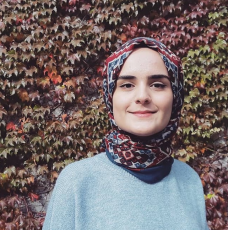 Saliha is a Master's Candidate at Georgetown University's School of Foreign Service through the Pedro Arrupe Scholarship for Peace. The events of the past few years in her home country have shaped her experiences and solidified her interest in sustainability, development, and peace. Toward this goal, she has concentrated her studies on Science, Technology, and International Affairs. She received her undergraduate degree in Political Science and International Relations at Bogazici University in Istanbul. She also studied abroad at Sciences Po Paris with the Erasmus Program. Her interests include film analysis and wood carving.


Climate change is knocking on our door: Wildfires in Turkey

In the midst of a severe heatwave and following months of dry weather, Turkey is facing some of its worst wildfires. Over the past 10 days, more than 150 wildfires broke out in over 30 Turkish provinces. Fed by strong winds and scorching temperatures, the fires spread very fast. Most of the fires have ignited along the Mediterranean and Aegean Sea coasts, several in resort areas that are highly popular for summer vacation. 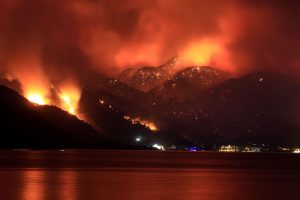 On Turkey’s southern coast, farmers are facing apocalyptic scenes as wildfires continue to sweep the country. The fires have left eight people dead and forced thousands of residents and tourists to flee homes or vacation resorts in boats or convoys of cars and trucks. Charred and blackened trees have replaced some of the pine-coated hills in Turkey’s Turquoise Coast. Many villagers lost homes and livestock. 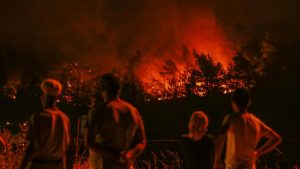 As residents lost homes and livestock, President Erdogan’s government faced increased criticism over its apparent poor response and inadequate preparedness for large-scale wildfires. The government admitted that it did not have a usable firefighting aircraft fleet. It is very clear that the government lacks a proper plan against forest fires and ignores warnings concerning global warming.

Turkey’s neighbor Greece has also suffered a record heatwave and has been battling more than 150 wildfires. Fires blazed uncontrolled for a fifth day, ravaging swathes of land on its second-biggest island of Evia, where hundreds of people had to be evacuated by ferry. 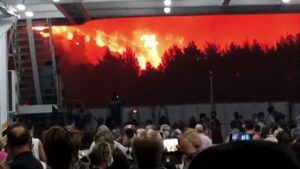 Climate change is already knocking on our doors. As opposed to common understanding, climate change is not an “elitist concern.” By just examining these fires, it is clear that lower and middle-income households have suffered the most. We need to expand awareness and push our governments to consider climate crises very attentively. Otherwise, we will see many environmental refugees in the near future.