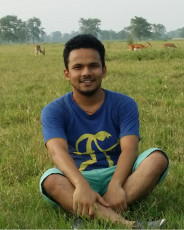 Prabal Thapa is a graduate student at the Centre for Peace and Conflict Studies (CPCS) at Panna sastra University of Cambodia (PUC) majoring in Applied Conflict Transformation Studies. He is inquisitive about a number of issues related to Conflict Resolutions, Memorialization, Peace, and Governance. Before CPCS, Prabal worked with the Advocacy Project (AP)’s Peace fellows to Nepal; Kirstin Yanisch and Vicky Mogeni in 2017 and Komal Thakkar in 2018 to complete their fellowship with the Network of the Families of the Disappeared, Nepal (NEFAD Nepal) He has been working as a campaign coordinator with NEFAD, Nepal for the last five years. He has been supporting the community-based memorialization activities in Nepal and coordinating an Income Generation Cooperative led by the families of the victims of the Enforced Disappearances; called Conflict Victims Women Cooperative, Bardiya in Western Nepal. After CPCS, Prabal would like to peruse a career in institutional reforms and the governance systems in the developing and conflict-affected communities. Prabal has completed his Bachelor in Development Studies (BDevS) from Kathmandu University Nepal. In his free time, he enjoys working in farms and clay art. 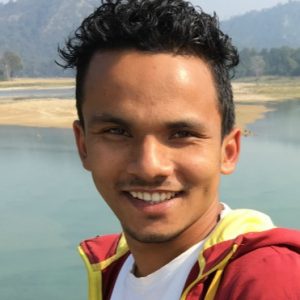 My COVID- 19 experience began with the suspension of my MA classes at the Centre for Peace and Conflict Studies in Siem Reap, Cambodia. When the South Asian countries came to the consensus to lock down and suspend international flights within the region, our institution decided to also suspend our classes. So, I had to return home without the completion of the first module of my MA.

I was not that eager to return to Nepal for two reasons behind it. First I wanted more interactions with fellow peace practitioners /instructors. Secondly, I was worried to stay with my old parents; who are highly vulnerable to the virus and I could be a potential carrier of the virus to them. But I had no options.

I was in home quarantine for 14 days once I get back home. Even after the 14 days, I was not much confident to go around the family members, then on the 23rd day of my home quarantine, I had a COVID-19 test report, and it was negative. That brought some relief.

As a young learner/graduate student, my plans and excitements for 2020 were terminated by COVID-19. After being engaged in field-based activities in the last five years, COVID-19 forced me to take a long vacation like everybody else. It brought about dullness in my daily life.

But when I compare myself with other Nepalese youth who are in a worse situation than myself, I find myself to fortunate and realize that I was lucky to get back home at an appropriate time. One of my colleagues Sadia Chaudhary was stuck in Bangkok Airport for a week because of a lock-down imposed by the Pakistani Government. Thousands of Nepalese people are trapped in the Gulf or along the Indo-Nepal border. Even in the big cities, people are struggling to earn money.

Coronavirus does not distinguish between rich and poor, black and white, left and right, first world or third world. Every nation (excluding a few States with exceptional Governance systems like New Zealand) is harshly affected by the pandemic.

But unfortunately, COVID-19 came on top of an existing system of differing capabilities, distribution of wealth, income, and access to amenities. The responses towards the crisis were made according to the capabilities of individual states. Countries like India and Nepal had a single solution – lock-down, even though this has had a serious livelihood impact on the millions of people without economic security.

For example, the daily wage workers lost their means to bread. Thousands of migrants from Nepal in India were working in hotels and tourism-based enterprises which are now shut down. They lost their jobs. They were even unable to return to their homes and had to wait for a month in very unhygienic living conditions in the Indo-Nepal border, waiting for the government’s response.

The situation in the gulf is more painful. Hundreds of thousands of young Nepalis are working in the Middle East. They live a terrible life anyway and were unable to get back to home in this crisis. Hundreds of corpses of people living abroad could not be brought back for cremation. People who returned from abroad had to face the humiliation from the community even after they self-isolated. Farmers lost the markets. Dairy products were thrown out onto the roads. Daily wage workers were forced to walk back to their home districts barefoot and with small kids.

The entire world is indeed suffering. Everyone is struggling to overcome this crisis, but the severity is different in different parts of the world. In Nepal, most people face two options – die of disease or die from hunger.

The severity could be minimized if the State had taken an appropriate response at the appropriate time. The government in Nepal tried to respond but has not been effective.

What if the State had rescued the migrant workers returning from India instead of blocking them in the border? They would not have tried to avoid the government provision of self-quarantine and test and would not have contaminated the communities with infections.

What if the government had proper test equipment and expanded test centers? It would have isolated the infected individuals from social interactions.

What if local governments were given the resources and responsibilities to secure the livelihood and travels of the people in their constituencies instead of spending ten billion rupees centrally? Prevention would be more effective.

What if the government would have timely initiated the rescue flights to bring its citizen back home? The migrant workers in foreign countries would feel the warmth of parenthood when they needed it.

COVID-19 has brought me back to the farm, with my family that I have left many years ago. It has allowed me to realize the realities of poverty and the aspirations of farmers who are working very hard but still not been able to lift themselves.

Nepal has a very primitive market for processed agricultural products and this has been further damaged/handicapped by COVID-19.

Development experts and economist claim that agricultural production will increase in the post-COVID-19 era. But my experience from the Chitwan district – a key supplier of agro-products to the capital Kathmandu – is completely different. Local farmers are tired of not knowing if they will sell their products. They describe themselves as “unemployed.”

Young people who do possess land in my area and who are of my age have told me that they have already applied for a passport and would prefer ti go to the Gulf countries instead of continuing agricultural works. They do not see their future in Nepal.

“Young people in my area and who are of my age have told me that they do not see their future in Nepal.”