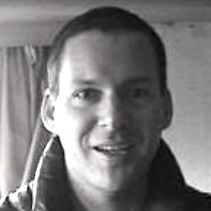 The main charge against the Dale Farm site is that it is built on Greenbelt land. Greenbelt land is land that is protected from development for the purposes of containing urban sprawl and protecting undeveloped land and open spaces.

My purpose here is not to suggest that the land is not designated greenbelt, or that some of the Travellers are not residing there without planning permission (I will address these issues in future blogs). My purpose is so that everyone understands what exactly “greenbelt” means in the context of the Dale Farm site.

When one hears that Travellers have set up an illegal camp site on greenbelt, the mental image is one of uncaring interlopers destroying beautiful country fields.

But in the case of Dale Farm… well, a picture is worth a thousand words. The first picture above left shows what Dale “Farm” looked like before the Travellers bought it. The previous owner apparently didn’t appreciate the farming life and turned his farm into a car breakers yard. The original farm house can be seen in the photo labeled “dale farm” and still exists and is in residential use today. One can see that the site also contained large areas of concrete and several industrial buildings, a couple of which still stand.

Before the Travellers bought the land the Basildon Council itself used the area to store impounded vehicles (B). It should be noted that had the Basildon Council been overly concerned about the integrity of the Greenbelt, it had the opportunity to allocate funds from it’s budget to buy and clear the site and return it to fields before it was sold to the Travellers. Ironically some residents have been sent enforcement notices saying that they have to return the ground on their plots to grass or tilled earth; ground that was 4 foot thick concrete when they bought it. In any event, clearing and restoring the Greenbelt does not seem to have been deemed a good use of taxpayer money before the Travellers moved in.

But the land was cleared… by the Travellers and at their own expense. They also installed what facilites exist at Dale Farm. The more established areas now have brick fences, wrought-iron gates, and gravel walks, where once, there were rusting cars and contaminated ground. Only the most cynical would not consider what the Travellers have done at Dale Farm to be anything but an improvement over it’s previous state.

In any case, there will always be a Traveller site at Dale Farm as long as these legal residents wish to stay. The question is really whether the Dale Farm site should be allowed to expand.

One wonders to what other, better use the Council proposes to put this former car breakers yard? If the high court rules that Basildon Council cannot evict without providing alternate sites for the Travellers to reside, is it prepared to designate areas which now really are pristine green land for new sites?

Is the council’s concern really for the integrity of the greenbelt? If so, why have they allocated almost £3 million solely for eviction operations but NO money for restoration? Why do sites of previous evictions at Hovefields Ave and other sites in the district still contain large piles of rubble and mud pits? Has the council anywhere restored greenbelt?

If not, then how will spending such a large sum of the taxpayers money protect the enjoyment of greenbelt land for Basildon’s citizens?

Two views of the original Dale Farm house as it stands today. While this individual plot is legal by virtue of being the site of the original farmhouse, it is situated on the third of the site which is largely unauthorized.

A view along the lane of the unauthorized section of Dale Farm. All of these yards are under threat of eviction.

A view in the opposite direction of the authorized section of Dale Farm.

A chalet on the unauthorized section of Dale Farm. This home is immobile and would likely be destroyed in the event of an eviction.