Dancing in the City

There aren’t that many capital cities in the world where you can be driving home and see a traditional dance troupe, made up of young students, practicing by the side of the road. But it happens in Bujumbura. It’s the first time I’ve seen any traditional Burundian music, but it is literally, jaw-droppingly incredible. They balance enormous heavy drums on their heads and march around with them, playing in rhythm while kicking their feet. Then for the second section, they put the drums down, and take turns dancing and jumping in the middle – jumping literally metres into the air; check out these videos, especially the jumping guy at the end of the second one. All I can say is that the world better watch out for the Burundian High Jump team! 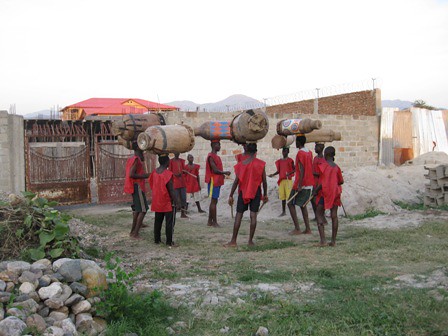 After the practice Pierre Claver, who knows everybody, introduces me to one of the performers, Eddie. He tells me that the group was formed by students in secondary schools and at the university, and that they get paid upwards from 200,000 Burundian Francs (about $165) per performance, and that they are using it to support themselves, and in some cases their families as well, during their studies. Eddie himself finished secondary school last year, and has taken a year off, but plans to enrol in the university next year. He also tells me that they have been invited to perform worldwide – but have not yet been able to do so due to being unable to get visas, but that even if he could stay in the US, he would always come home. 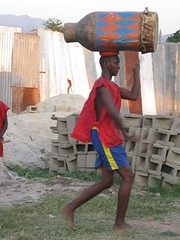 However, perhaps the most inspirational part of the performance came at the end, when someone on crutches got up to dance, beating the drums and dancing on the crutches as a full part of the troupe. The to me demonstrated more clearly than almost anything else how people with disabilities can participate in almost anything – even activities that depend on enormous levels of physical fitness and ability. 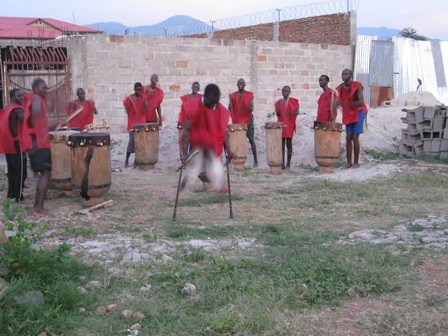 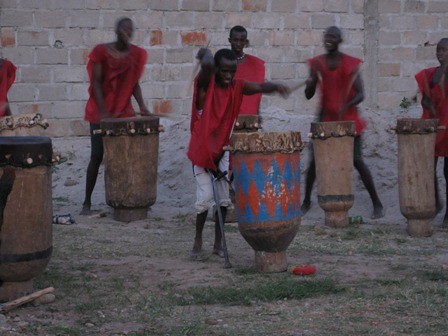