“When the next big storm comes,” he said while pointing at the map of his commune, “these are the places that will be flooded and destroyed.” He pointed to other spots on the map. “These places will be safe from floods, so we must remember to go here when the water rises.” 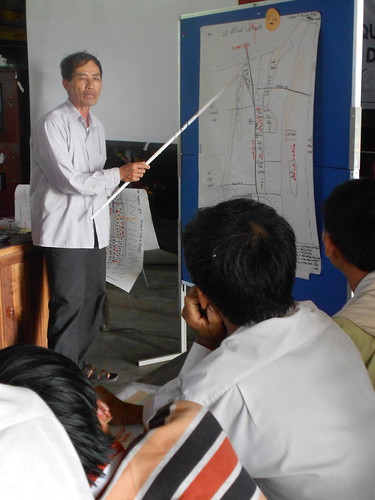 This was how the June 20th training on climate change in Quang Ninh District ended, with each group of persons with disabilities (PWDs) selecting one of their own to present weather disaster plans to the larger assembled group of local PWDs. The maps, drawn by the PWDs, were the culmination of a three-day training held jointly by the Association for the Empowerment of Persons with Disabilities(AEPD) and Challenge to Change (CtC). Aimed at educating local PWDs on the causes of and methods to prepare for climate change, the training was one of many AEPD and CtC have held throughout Quang Binh Province.

Ms. Ngyuen Phuc Hoa, CtC’s regional climate change expert, told me that the trainings were developed to meet the demands and needs of poor PWDs in rural Quang Binh. Following 2009′s disastrous Typhoon Ketsana, which flooded 104 of Quang Binh’s 159 communes, it became evident that neither the government nor the international community would provide the resources necessary to deal with the increasingly frequent occurrence of climate disaster. The residents of Quang Binh would have to organize themselves and develop their own reaction plans. AEPD and CtC’s trainings train and assist the most vulnerable subset of the province’s citizens, its PWDs, to accomplish this grassroots emergency planning. 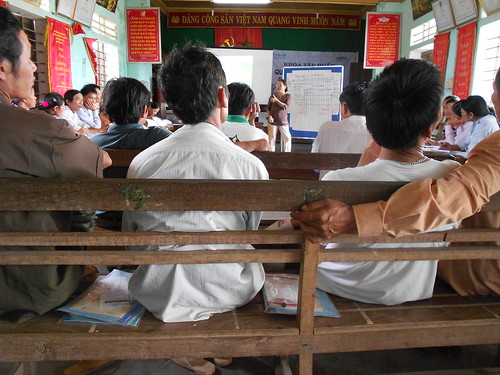 In spite of the gloomy subject matter, the mood was light at the Quang Ninh training. The day began with participants singing songs. Laughter filled much of the afternoon. Ms. Hoa explained this by saying that these trainings made the PWDs feel good about themselves, allowing them to contribute meaningfully to a problem faced by their entire communities. Usually poor and bearing a social stigma because of their disabilities, PWDs in rural Vietnam rarely leave their homes. These trainings prove to everyone, themselves included, that the voices of PWDs matter and that their knowledge has value. In a Vietnamese culture that encourages unselfish action on behalf of the community, developing disaster management plans is an opportunity for PWDs to fulfill societal roles that bring deeper meaning to their lives.

Most of the media coverage of Rio +20, the UN’s big climate change conference last week, was depressing. The conference’s 283 paragraph outcome document has been derided as “the longest suicide note in history” due to its lack of binding commitments that would force nations and corporations to prevent global environmental catastrophe. From what I’ve read, it seems that the conference’s perceived failures are symptomatic of the international order’s inability to deal with the most important problem it faces, an existential threat to the species. 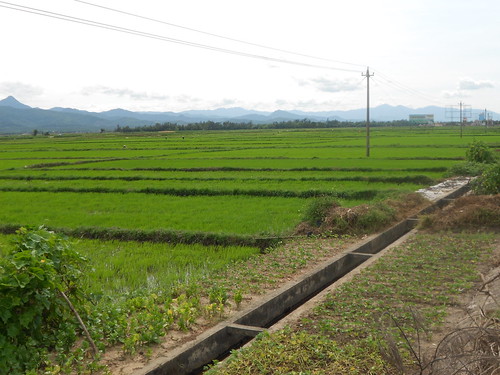 It seems incongruous that a meeting of bureaucrats in Rio should have any impact on remote Quang Binh, that the inability of thousands of suits thousands of miles away to agree on a course of action should mean disaster in this beautiful corner of the world. But of course that’s exactly what Rio’s failure means. According to the World Bank, Vietnam is one of 12 countries at highest risk from climate change and is the country most threatened by rising sea levels. Given Quang Binh’s recent history, the World Bank’s language seems inadequate; words like risk and threat denote something to come, a danger that looms. In light of the extreme storms and floods that have killed hundreds and displaced tens of thousands over the last few years, I think it’s fair to say that climate disaster is already upon Vietnam.

Even if they’re just learning the causes of the recent catastrophes, the persons with disabilities of Quang Binh aren’t ignorant. The recent destruction and mayhem they’ve lived through due to climate change make them more expert in the subject than the majority of the world. They’ve seen the carnage wrought and they know it will return. Yet still they smile as they draw their plans to protect what they have. Perhaps it is because Vietnam’s PWDs are so often the survivors of the man-made disaster of war that they face the task of plotting their survival with such grace. 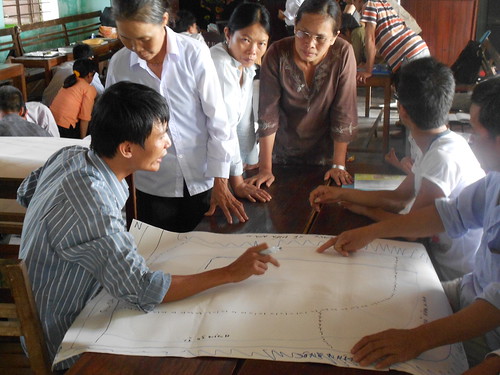 This thought brings me back to Rio+20. The only hopeful press I read on the conference focused not on the diplomats responsible for conceiving the stillborn outcome document, but instead lauded the advocacy and actions of local and regional players using Rio to highlight their own efforts. As the Op-Ed’s authors, Frances Beinecke and Trip Van Noppen (Presidents of the NRDC and Earthjustice, respectively), point out, the people of the world aren’t waiting for global leaders to agree upon global solutions. Informed and affected nations, provinces, and individuals are fighting climate change locally. Perhaps nowhere is this more evident or more moving than in Quang Binh Province, where the blind, the crippled, the deaf, those persons who for years have fought personal struggles for accessibility and equality, band together to fight for the lives of their communities, singing and laughing as they contemplate catastrophe. 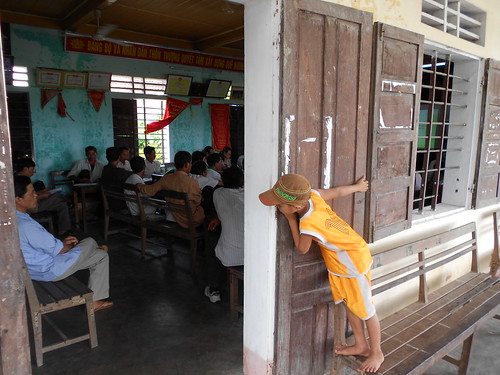