Prior to departing for our first visit to a rural community, Emmanuel Ngang –our colleague from Nkumu Fed Fed– organized a meeting with the communication officer from the Baptist center located in Bamenda, Emmanuel Bah Tokoh. Mr. Tokoh participated in Nkumu Fed Fed training addressing the intersection of HIV/AIDS and harmful cultural practices and has been spreading his knowledge ever since. He welcomed us in his small office adorned by a poster of the Lions taped on the back wall and a significant pile of folders resting on top of his desk. “HIV/AIDS is a real pandemic in the Northwest region; we have the highest prevalence of HIV/AIDS in all of Cameroon.” explained Mr. Tokoh. To address the pervasiveness of AIDS in the region, the Baptist church started sensitizing the surrounding communities –though in an informal manner– prior to Nkumu Fed Fed training but as Mr. Tokoh explains they lacked the knowledge and the tool to make a significant and long-lasting impact. In fact, the training enabled the participants to be more articulate and specific when outreaching to the local communities. Additionally, the Baptist church preliminary approach was confrontational, especially towards the local chiefs; however, Mr. Tokoh knew that they had to change their approach and create alliances with local chiefs instead.

While harmful cultural practices have reduced, entrenched pockets of resistance within the rural areas persist. Moreover, one of the Baptist church’s key tool to disseminate the information is the radio; however, its radio programming does not cover a large enough area to reach the remote communities within the region. To enhance the impact of the HIV/AIDS campaign, Mr. Tokoh recommended the implementation of public outreach program/sensitization activities inclusive of all community members. Increasing men’s buy-in process is vital. Finally, local trainers’ knowledge must be reinforced through additional seminars to enable the development of indigenous initiative to curve the spread of HIV/AIDS. 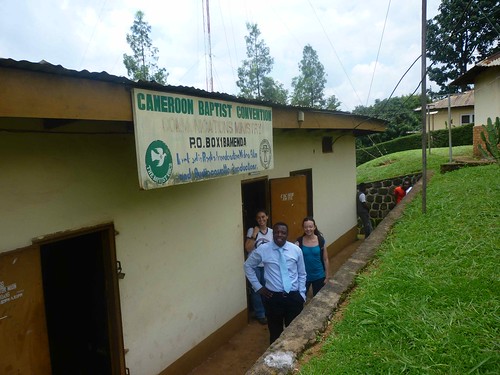 Around 3pm, Helah, Emmanuel Ngang and myself boarded a two-door vehicle to reach Kumbo, a small town located east of Bamenda where we would spend the night before meeting a group of women in Tatum, a small rural village in the Nkum regional division. The road we embarked on, called the Ring Road, is described as a ‘must-see’ in our tourist guide. Indeed, from the undulating volcanic mountains to the rice paddy fields the sceneries are breathtaking. On the side of the road, you can spot an elderly woman carrying a sheer amount of firewood on her head or perhaps a smiling boy walking barefoot carrying a basket of peanuts. After a 3 hours trek, we arrived in Kumbo where pouring rain welcomed us. Half-soaked, we checked-in into a cheap and decrepit hotel. After sharing a delicious tomato omelet cooked in firewood pot, Emmanuel reminisced on how he was able to go to university and work in development project today. Emmanuel, originally from the Southwest Province, comes from a very humble background where sending children to school was an unaffordable luxury. As a young man, he crossed path with a Dutch stagiaire who gave me enough money -200,000 CFA or the equivalent of $400- to put himself through school for the years to come. “This man changed my life and changed the status of my family. Thanks to him I was able to get a good job and send my siblings to school,” Emmanuel explained. This Dutch stagiaire knew that investing in the education of this young Cameroonian man would have a multiplier effect, not only benefiting Emmanuel but his entire family. As the night passed by, we shared our ideas about the consequences of poor national management, the impact of Françafrique as well as the increasing presence of American multinationals in Cameroon. Though Emmanuel’s concern echoed some of the worries expressed by our colleagues from the AMA women project in Douala, the disinvestment in the Anglophone region is incredibly palpable. As I have mentioned in a previous blog, the Northwest province is the bastion of resistance against the current government. In fact, this is where the first march for multi-pluralism was organized a couple of decades ago. Furthermore, while most of the petroleum is extracted in the Northwest region, not a dime is going to the local population since most of the management is francophone. This division between the Anglophone and Francophone sections of Cameroon is another challenge that the upcoming generation of political activists will have to tackle. 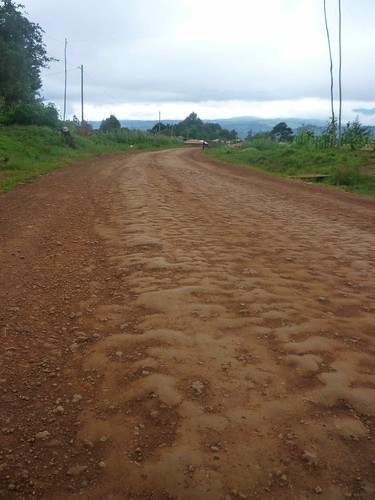 The main objective of our visit to Tatum was to meet some of the rural women who have received the training on HIV/AIDS and who have themselves become trainers in their rural communities.. Here, it is important to distinguish beneficiaries from rights claimants. Too often, the beneficiaries in the developing world are perceived as passive recipients of international aid. In contrast, rights-claimants are directly involved in the fight for the respect of their human rights and play a vital role in disseminating knowledge. The women from Tatum are certainly rights-claimants.

As we arrived in Tatum, the assistant-mayor of the Nkum council, who organized the meeting with the Tatum women, warmly welcomed us. He underlined some the key cultural practices that contributed to the spread of HIV/AIDS such as widowhood practices and cultural jamborees. He underlined that sensitization is an incremental process but that tangible outcome are already being seen: people are more open to do check-ups before marriage and widows are refusing the inheritance practices. As Mr. Tokoh had emphasized the previous day, the assistant mayor explained that outreaching to remote communities where cultural practices are especially embedded poses one of the greatest challenges. 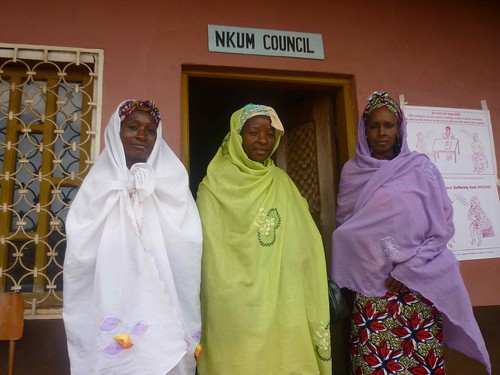 After this brief interview with the assistant mayor, we installed a couple of chairs in one of the bigger room of the Nkum council and invited the three Tatum women for our focus group. While slightly shy at first, the three women soon became more comfortable with us and started opening up about their experiences as trainers and some of the challenges they face in their communities. One of the women explained that the prevalence of alcoholism in her community is a catalyst for unsafe sexual practices leading to the spread of HIV/AIDS. She explained that People Living With AIDS (PLWA) are stigmatized by their families and isolated from the community as whole. Another Tatum woman raised a question about “traditional AIDS.” Effectively, one of the traditional leader has spread the word about the danger of getting “traditional AIDS” if a community members. This misinformation serves the purpose of moralizing community members is extremely dangerous for a plethora of reasons. Effectively, telling people that they have “traditional AIDS” hinders them from knowing the real causes of their diseases and changing their sexual practices; also it hinders people from seeking the appropriate medical treatment. We were able to discuss this issue and clarify some of the doubts regarding “traditional AIDS” expressed by the Tatum women.

We were later joined by a fourth local woman trainer, Aja Salamatou, who shared her experience as a member of a polygamous family. These four women expressed some of the challenges they face as trainers: first, people often expect that they will be given medication to ‘cure’ AIDS by the trainers, consequently they are often disappointed when they learn that this is not a health campaign; second, men have been antagonized by the fact that it is women who are taking the lead in curbing the spread of HIV/AIDS and would rather receive training from men rather than women about safe sexual practices; finally, the women expressed that within the Fulani culture, forced marriage is one of the hardest practices to curve and young girls are forced to accept the marriage due to community pressure. The women shared some very important recommendations that could enhance the impact of the HIV/AIDS campaign such as bringing more people to partake in general meetings about harmful cultural practices, include more men as trainers to outreach to the male population in their communities, have access to more visual aids and translate the material in the local languages. The Tatum’s women recommendations will be included as lessons learned and recommendations in our preliminary evaluation of the project. Effectively, their expertise is essential for the advancement of Nkumu Fed Fed HIV/AIDS project. 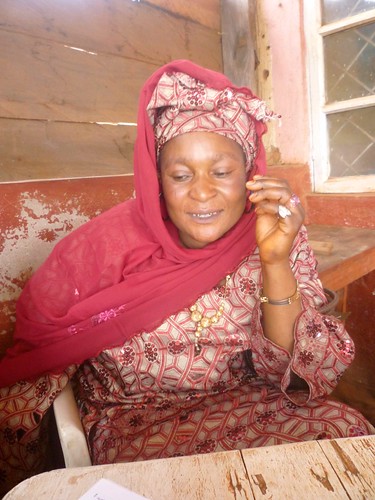