How many people can say there is a morgue right next to the kitchen in their office? Not many, I’m sure, unless they are working with a forensics team whose job it is to analyze and infer the evidence from murder cases where the results could mean uncovering another identity of Peru’s some 15,000 forcibly disappeared from the 1980-2000 internal conflict. 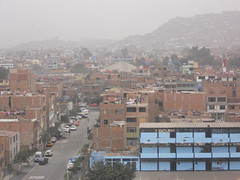 Having only been in Lima for a week now, through conversation, I have already discerned the delicacy in discussing an issue as sensitive as the Internal Conflict with Peruvians. My first impression is that by just engaging in dialogue about the Internal Conflict is controversial in that it instigates memories by those who may have chosen to look forward, while others, such as the families of the disappeared, can’t help but look to the past. Personally, I can empathize with the desire to both forget and to remember, as I find both are equally important in the ability to overcome trauma and necessary on the path to healing.

This weekend I saw the country’s visual documentation of the conflict through the display of the photography exhibit of Yuyanapaq: Para Recordar (to remember) at the Museo de la Nación.  This exhibit was part of the Peruvian Truth and Reconciliation Commission’s (CVR) contribution to fostering a collective memory.  The exhibit was the product of the CVR’s recovered images from the period 1980-2000, where they investigated nearly 80 photographic archives throughout the country, from private collections, the press, news agencies, the Armed Forces, the Police, human rights institutions, vicariates and family photo albums. (See my flickr account to see some of my favorites or click here to read more). 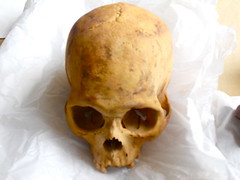 The museum’s cold and sterile ambience gave me the sensation that I was either walking through a prison cell or a catacomb. I wondered if this was for the purpose of simulating the ethos of a society that has suffered a violent conflict, where some among them are perpetrators, while others victims, and others still a combination of perhaps both… 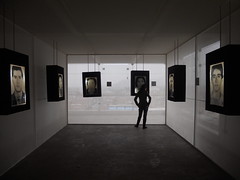 This exhibit also tells the stories of many whom either lost their lives in the conflict or were greatly impacted by it.   It continues to tell those stories to each new visitor, myself included.  To me, it was a historical reminder that by retaining history there is more faith in the possibility that the violence will not repeat itself. It also better contextualized the forensics work Equipo Peruano de Antropologia Forense (EPAF) is doing by putting faces to some of the bodies that may be buried in these mass graves that they hope to uncover through the Humanitarian Umbrella Project. 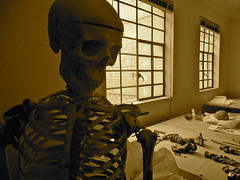 Although EPAF may work backwards in that they must first look to history before they can move forward, by focusing on historical memory, forensic investigations, training in forensics, and human development, they are holistically working to provide the families of the disappeared with access to truth, justice and if nothing more, an outlet to tell their story. 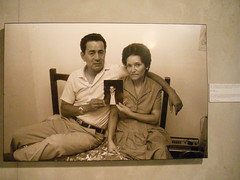