From Kathmandu to Dhankuta

The journey from Kathmandu to Dhankuta began bright and early at 4am when I left the place that I had been staying at to join Yunesh before heading to where the bus would pick us up. Yunesh is the son of Indira Thapa, the founder of Care Women Nepal. In the past, Yunesh has been heavily involved with the planning of health camps when he is not busy carrying out his studies in international relations and diplomacy. At our meeting on the proceeding day, Yunesh had provided me with a phone number that I should give to the cab driver. Once I got in the cab, I was to instruct the driver to call Yunesh to discover where I should be dropped off. I’m not sure exactly how it works, but the same thing happened when I took a cab from the airport to the place I was staying in Kathmandu. I am used to simply providing an address to an uber driver, and then arriving where I need to be. In Nepal, streets are not necessarily marked, and locations are listed as on a given street (but not necessarily where on the street). For this reason, a call between a cab driver and Nepalese speaking host is necessary.

First call to Yunesh, no answer. Second call, no answer… I began to worry as I rode around in a cab at 4am with nowhere to go. Thankfully, shortly thereafter Yunesh called the driver and provided him with a location by a pond. The cab driver was adamant that he had to go, and so I was dropped off by this pond to wait for Yunesh. I stood by the pond in darkness for a good 10 minutes, surrounded by barking dogs and thinking back to the meeting that I recently had at a travel clinic in Canada where they had warned me about rabies. 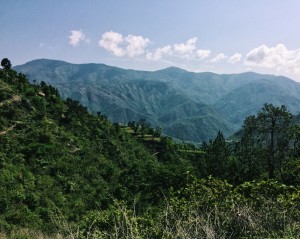 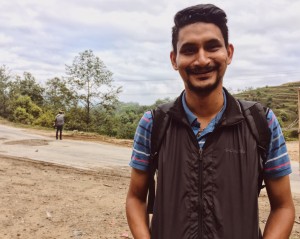 Soon, Yunesh emerged from the darkness and we set off to find another cab that would bring us to where we would catch the bus. The bus held about 12 people, and was in good working condition. The journey was set to take about 10 hours, although we stopped frequently for tea breaks, bathroom breaks and chip breaks. During one of these breaks I met a man who was stirring a large caldron of boiling liquid. He was making sweets that are traditional within the region of Barhara, Nepal. Along the way, I took in some of the most beautiful sights that I have ever seen. One minute I found myself in the clouds, and the next, I was in a luscious valley. As we drove along a road made up entirely of switchbacks, I couldn’t help but imagine what might happen to me if we went head on into one of the many other large vehicles that we narrowly scraped by on a one lane highway while going 100km/h. No seatbelts were to be found within the vehicle, yet no one else seemed worried. Luckily most of the highway was paved (except portions of the highways that had recently been rendered nearly inoperable by road slides), and our driver seemed to know the unwritten rules of driving in Nepal very well. When we went around corners we would sound a large horn to warn other trucks. While this is essentially the only system in place to let other people know that you too are turning the corner, it seems to work with surprising efficacy. In these prima facie stressful situations, rather than panic I tend to feel utterly calm. If I know there is nothing that I can do to change the reality that I find myself experiencing, I simply sit back and try to appreciate my surroundings. 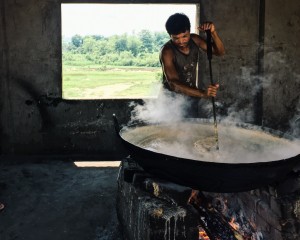 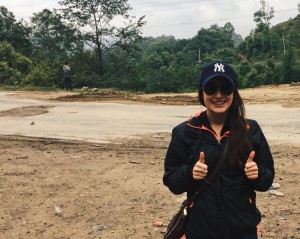 At around 6pm, we arrived in Dhankuta, safe and sound. I am at once thankful for the skill of the driver who transported us here safely, and all the more aware of my own mortality.