From Malaria Eradication to Bonded Child Labour: A Counter-Intuitive Relationship

Can our seemingly altruistic actions, conversations, policies affect the progression of history in unintended ways, altering relations and behaviours of individuals, networks, or systems? Is equilibrium forever on the precipice, only needing a nudge to tip its fine balance, one way or another? Reference here is to the butterfly effect and chaos theory, where actions in one non-linear system can lead to larger changes down the road.

In Nepal’s terai (plains) southern region, the Tharu people have braved its tough climate and geography for some 600 years. Arriving from India, they had to clear its dense jungle to grow crops and defy its fearsome wildlife and virulent malarial mosquitoes. The few Tharu that survived and prospered had natural anti-malarial immunities, and were the only Nepalese that could survive in the terai year round – Darwinian evolution, epitomized. Other upper-caste Nepalese from the hills would come in the mosquito-free winter months for agriculture and hunting, but had to depart once the mosquitoes appeared in the hot springs and summers. 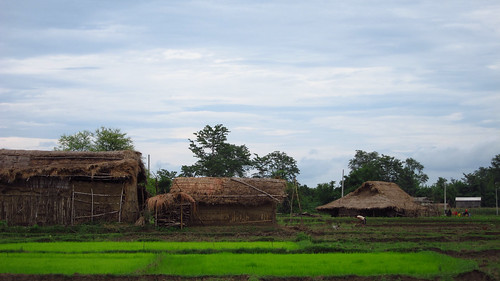 Researcher Thomas Cox notes that in the 1950s and ‘60s, USAID and other aid agencies implemented anti-malarial programs in the terai, mostly eradicating the disease from the region. As malaria vanquished, the upper and educated castes of Nepal’s hills moved in permanently, clearing and claiming most of the jungle’s remaining land. Once settled and organized in the region, the upper castes (including Brahmans, Chetri and Thakuri) forced most Tharus off their land, or took advantage of their illiteracy and tricked them into legally signing away their land, or using their land as debt collateral at inflated prices. All told, close to 80 percent of the Tharu had lost their land by 1980.

Without land and its means of production, the Tharu were helpless and took loans from the upper castes to pay for basics like food, medicine, clothes, etc. As a way of paying back the loans, Tharu were used as bonded or tenant labourers for meager wages of 10 to 20 rupees per day (15 to 25 cents). Tenant labourers were paid a small percentage of the crop towards the debt, while bonded labourers worked under similar conditions, but paying back debt incurred generations ago (reinforced by Nepal’s old legal code). As these labourers’ wages are so low, they’re forced to go further into debt with landlords and masters. And through this system of bondage, Tharu families send their children to work in the fields (kamaiya) or as domestic servants (kamalari) – robbing them of a childhood, friends, education, and chance of a brighter future. 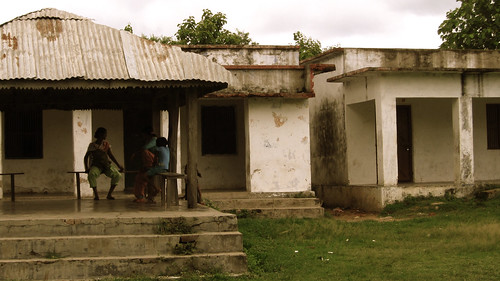 Another brief malaria example is courtesy of Dambisa Moyo, and her criticism of Ashton Kucher’s Twitter campaign that lead to a donation of close to 90,000 malaria nets ($1 million) to Malaria No More. Malaria No More does not source local malaria nets, and the flood of nets from abroad ran the local net producing industry out of business, leaving scores unemployed. Yes, good was done and malaria rates went down for those recipient communities, but local capacity was reduced, nets will need to be replaced (by whom and with what money?), and Africa’s ability to sustainably address their own issues was not addressed.

So, foreign aid flaps its altruistic wings on one side of the ocean, and causes a hurricane on the other, with the wreckage only beginning to be cleared. The innocence of eradicating one deadly disease leads to the robbery and enslavement of an indigenous people on their own land. Our grand actions from afar, schooled in our detached and isolated institutions, can often have disastrous unintended local consequences in foreign lands.

Examples abound of this inverse relationship of altruism and misfortune, and serve as a lesson that reality is often more complex than first conceived, and it’s understanding requires deep analytical thought. Of course, not all aid and generosity has negative and unintended consequences. Much good has and continues to be done.

Our ability to predict outcomes and the future is quite limited, as the social world is an infinitude of processes competing against each other. An innocent butterfly once flapped its wings, and a tornado appeared over the plains years later.