I have been struggling to come up with a post discussing the other side of things. Speaking of which, I will defer a post about the social movement in Israel right now till after this weekend, but in the meantime, check out this AIC video I helped to create on the subject.

Right now I’d like to discuss why I have a hard time explaining the other side. It is not because I have anything against the Israelis. I don’t. It is because I don’t believe there is anything justifiable or defensible about the occupation.

At its root, this is not a social conflict, it’s not a conflict of religion, and it is not a conflict stemming from an intrinsic hatred existing between Israelis and Palestinians; that is a hatred that has been carefully cultivated. This is a conflict over land. When I lash out against Israel, I lash out against Israeli government policy, against a systematic violation of both international humanitarian law and the socialist principles embodied within the idea of a welfare state. 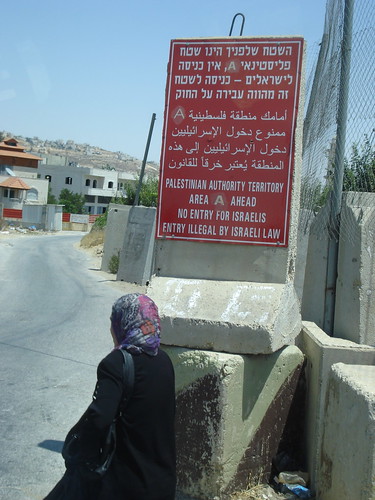 My frustration surrounding individual action (or inaction) does not translate into a general dislike of everything Israeli. Monday, the first day of Ramadan,  I sat on a bus watching a group of Israeli soldiers demanding that an 80-year-old Palestinian woman get off the bus because she had forgotten her ID. (Incidentally this was in Jerusalem and it was not a bus going through any checkpoints.) Staring out the window, my eyes flashing frustration, we sat quietly watching as the bus driver refused to let the soldiers remove her from the bus. They threatened his arrest before demanding an apology. He refused. We sat there for 30 minutes, just long enough to watch the sunset and the stars appear before they let us go.

These are daily occurrences and yet even they do not translate into a hatred of Israel. They translate into something bigger; a determination to end the occupation and the injustice, racism, and violence that goes along with it. 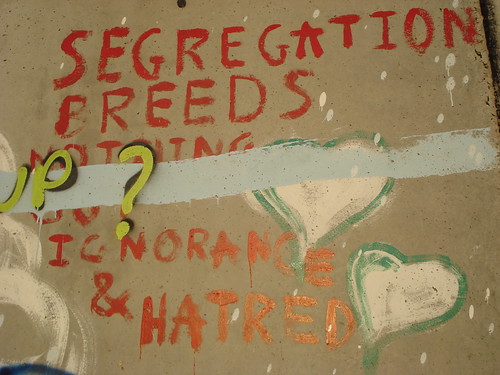 I would not go so far as to say the Israeli public is blameless (is anyone?), however the fact that 80% of settlers are economic settlers, meaning they moved onto Palestinian land not for religious or ideological reasons, but because the government offers a plethora of economic incentives to encourage Israelis to move into settlements, represents something more systematic happening at a much larger level. Many of these economic settlers are not even aware that they are on Palestinian land, believing themselves to be within a legal distance of the green line.

When I think of the other side, there are so many divisions and factions that it becomes difficult to portray. Do I hold anger against the Israeli public? No. Just frustration stemming from the knowledge that a successful campaign in ending the occupation has to come from within. Any anger I have is primarily directed against the Israeli government and extremist settlers. To portray their side is to portray the fanatic fundamentalism of religious ideology and the economic land-grabbing policy that empowers it.

Matzpen, after all, was one of the strongest anti-Zionist organizations in the history of Israel and they most decidedly were not anti-Semitic. Matzpen, Hebrew for compass, was the name adopted by the Israeli extreme left that took a stand against Israeli colonialist policy and challenged the occupation and the Zionist philosophy propelling it. The very word, Matzpen, sends a shiver down my spine. In my eyes, these men and women were a group exuding everything Israel could and should be.

It is this movement that, in part, inspires me to take a stand against Israeli occupation policy and Zionism, and it comes from within Israel itself. If you see one film about this conflict, I encourage you to see Matzpen directed by Eran Torbiner. It tells the story of resistance and of some of the most committed individuals I have ever come across. I wish that I could sit everyone down and have them watch this film so they could understand how systematically resistance is suppressed, both from within and without. And also to understand that it’s not just Palestinians who are resisting the occupation. There are a small minority of Israelis who are taking a stand. The Alternative Information Center includes some of these Israelis. I cannot tell you how impressed I am by the AIC staff.  Co-founder, Mikado (Michael Warschawski), is one of the most inspiring people I’ve ever met. 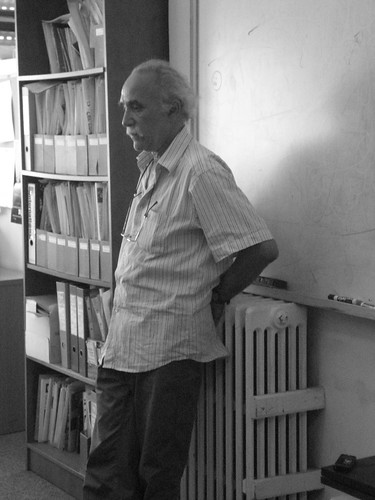 I used to walk a more careful line, striving to be in the middle. But the middle of what? You cannot walk a middle line between allowing (even indirectly) the occupation and wanting to end it. It was the Israeli activists who helped me to see this. The conflict itself is not complicated. It was the peace process that created this inexplicable mass of red tape and legal jargon, it was diplomacy that created a murky grey puddle of confusion, and it is Zionism that persists in building illegal settlements, making a two-state solution harder and harder to imagine.

The conflict between the Israeli and the Palestinian people is perpetuated by a much larger global conflict. It is the conflict between humanitarian law and economic interests, between justice and political ties. The peace process here is just one more example of the diplomatic efforts which persistently undermine humanitarian law. Add it to the list. Right in-between Armenia and Rwanda.