Elizabeth Mandelman (Project Ploughshares - IANSA): Elizabeth is from Wauwatosa, Wisconsin. She moved to Minneapolis in 2000 to attend the University of Minnesota-Twin Cities where she majored in political science and minored in German. Elizabeth also interned with the Minnesota Senate, for the chair of the Taxes Committee. At university, she also worked for the Center for German and European Studies. Elizabeth received her Master’s in Public Policy at the Hubert H. Humphrey Institute of Public Affairs at the University of Minnesota-Twin Cities. She also worked for three legislators in the Minnesota House of Representatives. At the time of her fellowship, Elizabeth was the Committee Legislative Assistant for the K-12 Education Finance Committee, and for the chair of that committee. After her fellowship, Elizabeth wrote: “Two and a half months of working (mostly) independently, no friends, non-stop gunnutz (Gun Nuts) harassment, and self-reflection has taught me that I'm capable of a lot.”

”Post mortem examinations by the Edmonton Medical Examiner have determined that all four deceased died as a result of gunshot injuries. It has been determined that three of the deceased sustained multiple firearm related injuries while the fourth succumbed from what appears to be a single, fatal, self-inflicted injury. Investigators remain confident that the person responsible for all four deaths is among the four deceased. In consultation with the Medical Examiner this is now being classified as a triple murder-suicide.”  (RCMP “K” Division Media and Communications Services news release, July 29th, 2009)

On July 26th, Slave Lake police received a call suggesting that a homicide had taken place on a property located in rural Alberta.  Upon responding to the call, the RCMP Emergency Response Team entered the property and found four deceased persons.

The RCMP, through their investigation and with help from the Serious Crimes Unit, concluded that Ian Jeffrey Paget, 58, shot dead his estranged wife, his daughter, and his nine year old granddaughter.  After shooting his family members to death, he turned the gun on himself, committing suicide.

This tragic story highlights one of the arguments I have made repeatedly during my time as a Peace Fellow with the Advocacy Project: guns are more lethal than any other type of weapon.

Firearms are designed to kill, and are able to eliminate many people instantly.  According to Statistic Canada’s most recent data, between 1961 and 2003, firearms were the weapon of choice in the majority of homicide-suicides in Canada.

A firearm in the home increases the risk of death at the hands of a violent perpetrator; Ian Jeffrey Paget was able to eliminate his entire family, including himself, in a matter of seconds. 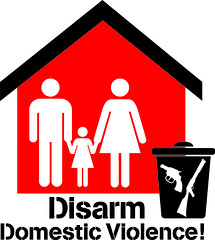 Statistics Canada found that three-quarters of all homicide-suicides in Canada between 1961 and 2003 involved family members, and over half of these cases were committed by male spouses or ex-spouses; ninety-seven percent of the victims were female.

These statistics illustrate the need for gun control not only to reduce and prevent domestic violence, but violence in general.  Many weapons are used to domestically abuse and assault people, but none are more lethal than firearms.