Elizabeth Mandelman (Project Ploughshares - IANSA): Elizabeth is from Wauwatosa, Wisconsin. She moved to Minneapolis in 2000 to attend the University of Minnesota-Twin Cities where she majored in political science and minored in German. Elizabeth also interned with the Minnesota Senate, for the chair of the Taxes Committee. At university, she also worked for the Center for German and European Studies. Elizabeth received her Master’s in Public Policy at the Hubert H. Humphrey Institute of Public Affairs at the University of Minnesota-Twin Cities. She also worked for three legislators in the Minnesota House of Representatives. At the time of her fellowship, Elizabeth was the Committee Legislative Assistant for the K-12 Education Finance Committee, and for the chair of that committee. After her fellowship, Elizabeth wrote: “Two and a half months of working (mostly) independently, no friends, non-stop gunnutz (Gun Nuts) harassment, and self-reflection has taught me that I'm capable of a lot.”


GUNS WERE A TERRIFYING PRESENCE IN OUR HOME

Working as an Advocacy Project Peace Fellow with IANSA on the Disarming Domestic Violence campaign this summer has opened my eyes to the horrible realities of domestic violence.  However, no matter how many months I spend researching the topic, I know I will never truly understand what it is like to be a victim, or survivor, of domestic abuse.

Understandably, it has been difficult for me to find abuse victims willing to share their stories; some are too ashamed while others do not want to relive the terrible memories they have worked so hard to forget.

One individual wanting to tell her story, though, is Donna Carrick.  Donna posted a comment on one of my entries about her abusive father with the hopes that it would illustrate the increased fear and danger brought on by the presence of firearms.

I got in touch with Donna and asked if she would be willing to share more of her story with me.  Kindly, in order to help promote awareness of this important issue, she agreed.

The following narrative was written by Donna.  In her own words, she describes the abuse she witnessed and experienced firsthand as a child and into her first marriage.

My name is Donna Carrick.  I’m forty-nine, married, and we have three children.  Our home is peaceful. My husband and I are both writers with day-jobs.  Most would describe me as out-going and confident.

On the subject of Domestic Violence, in particular with regards to how a violent situation can be made worse by the presence of firearms, I have first-hand knowledge. My father was a Military man.  He was also a collector of hunting rifles and subscriber to many gun-related magazines.  Canadian-born, he was an avid outdoorsman.

In later years we were able to honour him as a parent.  He had many good qualities – loyalty, intelligence, and a sharp sense of humour.  He was aware of his personal failings, which made him forgivable to his family.

However, when I was young he was abusive and violent.  He often threatened to shoot my mother and even myself and my sisters.  I don’t know how my ninety-five pound mother survived those years of physical abuse.  My older sister did not survive – I lost her to suicide when she was only nineteen.

My father was physically, verbally, psychologically and sexually abusive to my mother, my older sister, and myself.  My younger sister denies having experienced any abuse, but adds she has no memories prior to the age of twelve, which is hard for me to imagine.  I have very distinct and sharp memories.

My father would strangle my mother.  We girls would lie in our beds and hear her cries for help, too afraid to move.  She was an unfailing wife and mother, didn’t drink, didn’t swear, and was raised to be a lady.  He would beat her, would put inanimate objects inside her, would call her names, and worst of all, would threaten to take down one of his guns and kill us all.  I consider it to be a “long-shot” we were not all shot. 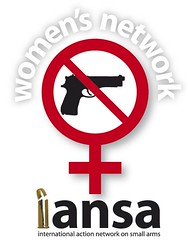 I have a sense of humour, enjoy my life, writing, family and my work and friends.  All of that is forgotten, though, as I remember those years.  I am again a child, afraid and frustrated, unable to take any action, dreaming only of escape.

No one can understand this despair unless they have lived through it.  When I tell these stories, the reactions I encounter are 1 of 2 kinds:

1-How can you say these things about your family? (As if I am disloyal.  But when my father was dying of cancer, it was I who visited him every day.  I fed him, cleaned him, took him to his medical appointments, and never uttered an unkind or unloving word to him.  “Keeping the silence” only perpetuates the abuse by enabling the abusers.)

2-Why didn’t your mother leave him?  She left him when I was six, only to discover she had no family support. Her relatives felt she had “made her own bed”. My father’s employer, the Military, pressured her to return to him.  She left him once again when I was fifteen, after being beaten so badly that several ribs were broken and her face was not recognisable. She was unable to get out of bed for three weeks.  That time he actually did quit drinking and sought help for his problems.  After three months we went back, and he never hit my mother again.  Just when I was sure things were better, he was again sexually abusive.  I left home shortly after that.

Guns were a terrifying presence in our house.  We all understood we would most likely die by shooting. I’ve heard others say that this scenario is like “living in the eye of a hurricane”, in that you never know when the next bout of violence will erupt.  On the contrary, we could usually predict the onset of violence.  There would be a false bravado, a tone of camaraderie, a heightened sense of humour in my father’s speech that was certain to end badly.

During one of his moments of sobriety and remorse, my father allowed my mother to lock away vital parts of each firearm.  I know little about hunting rifles, but I believe it was the “clips” that he removed.  It was probably this insistence on my mother’s part that saved our lives.

When I finally escaped from my childhood I became another statistic.  I married my first husband, a drug and alcohol abuser with an even worse temperament than my father had.  During that brief marriage he strangled me twice, beat me several times, threatened and belittled me constantly, refused to work and demanded my pay checks, was constantly paranoid and jealous and accused me of having affairs.

One night, when we were entertaining people for dinner at our apartment, he took a large kitchen knife and threatened to kill one of our guests, then chased me down the street till I took refuge in a local restaurant.  The owner found a blanket to wrap around me and called the police.  I was seventeen at the time.

One day I went to put the clean towels away in the linen closet and found an illegal handgun hidden there. I knew it was time to get out.  When I left, he would not let go.  I lost several good jobs because of his stalking.  He called incessantly and would show up.  One of my bosses had to call security.  It was the embarrassment that made me most depressed.  On at least two occasions, he got on the bus I was on, and the bus driver had to force him off.

My oldest sister committed suicide when she was only nineteen.  When you spend your childhood having your life threatened by a parent with a gun, you doubt your right to live. Her death was a defining moment for me.

Obviously there will always be men like my father who are violent, with or without access to firearms.  However, when we take an already difficult domestic situation and add the element of firearms, the situation becomes worse.  A bullet is more “certain to kill” than most other weapons.

I am not a victim of domestic abuse, but a Survivor.  I understand this story could easily have ended quite differently for me.

I still experience the most horrible nightmares.  My husband and children tease me about them – they don’t understand why I sometimes wake up screaming for help.