Henna and Bassan: A Malian Wedding 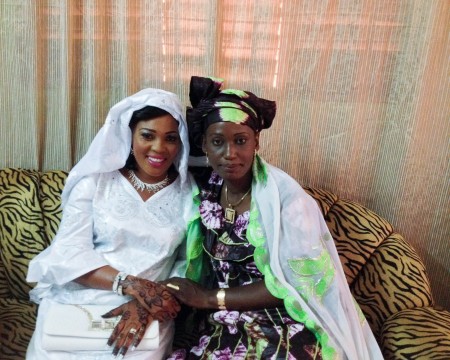 This week, one of my coworkers, secretary and accountant, Sitan Konaté, celebrated her religious wedding. The whole office, as well as the community organizers attended and celebrated with her.

It was held on the 26th day/ 27th night of Ramadan, which is considered a blessed day to get married. So, as you can imagine, everyone in town had a wedding to prepare for and get to. The grand marché was filled with women getting their hair done, their eyebrows shaped, getting fake eyelashes, getting their nails done, and henna painted on their hands and feet. 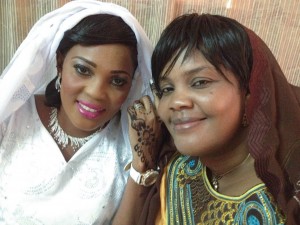 Sitan with Djeneba, the center’s cook

The grand marché is always bustling, but towards the end of Ramadan celebrations it is even more so. Street vendors beat drums and sing and dance on the road, not leaving much room for cars to get through. Walking through the market, it is not uncommon for them to follow women around persistently trying to sell bassans (fabric with a sheen worn for special occasions) to them.

When we arrived at the wedding, all of the women were dressed in their best and shiniest bassans. They would go indoors to greet and congratulate the new bride and take pictures with her, and then move to sit in the yard to make room for the next group of women to go in and see the bride. 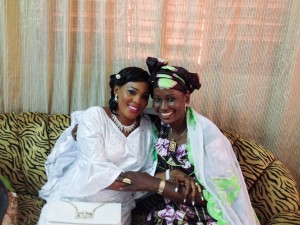 While this took place, the men went to the Mosque for a special prayer. The whole celebration was over in less than an hour. Normally, the religious wedding takes place some months before the civil wedding at city hall. In some cases, they are both celebrated on the same day. In this case, the civil wedding followed by a reception will take place in a few months.