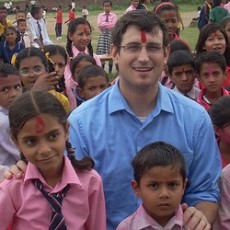 
I Don’t Want to Wonder

We didn’t have water on Saturday. With the monsoon arriving late water has been at a premium in Tulispur. I know you’re thinking Alex I didn’t sign up for your blog to hear about your complaining. More likely the only person reading is my mother and she has gone into a fit that I am going to die of dehydration. Hi mom I’m ok I drink bottled not tap water. For my other probably non-existent readers this is interesting not because we didn’t have water but the incident it led to.

I was walking back from the bus that had taken me and some BASE friends to the Hindu temple in Gurka. As I was walking I saw a girl walking carrying two jugs full of water, collected from a communal tap. I went to help this girl who looked a super skinny 10. As I tried to help her she resisted and a man yelled at me. As I played it over in my mind I kept wondering if I had run into a bonded laborer in my own neighborhood. The whole incident was weird, especially in a neighborhood where I am essentially a celebrity and everyone knows me. I found myself thinking that she looked darker than the other kids in the neighborhood; how I had never seen her in a school uniform and that it was weird that a child was carrying so much water at 7pm.

I have no way of knowing whether or not she was a bonded laborer. I will continue to poke around because I am almost certain there are bonded laborers in our neighborhood. However it has struck that it this is an insidious part of the problem. In Nepal there are children who are bonded laborers. If I lived here would I want to spend my time wondering if every child I met was a child slave? That would be emotionally draining and an impossible thing for anyone to bear. I can understand how the population does not want to think about. It is something that they have rationalized as normal or more likely something they disapprove of but cannot handle thinking about too much. The thought of children, often the same age as your own working against their will, not getting an education and often being abused is more than anyone can take for an extended period of time. 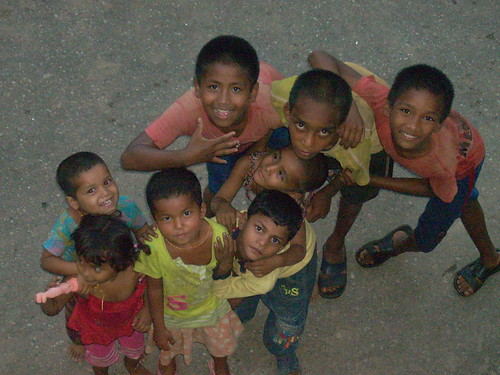 I am drawn to working with children because they cannot protect themselves. There entire well-being depends on their parents, society, the government and others have their best interest at heart. In Nepal the government is too weak to enforce its own laws and cannot even write a constitution, much less conduct raids and end impunity of those who hold children against their will. Parents often have no means to support the children and society pushes them into using their children to support themselves and possibly other children. It is up to society to no longer accept bonded labor. I believe the tide is turning against child labor. After a meeting with the Asia foundation’s head in Nepal he said that he believes that bonded labor is on the outs. I am working with BASE to collect and tabulate data that proves this hypothesis. Hopefully it is right and the country is moving in the right direction and BASE has had a positive impact on that. However, it is not moving fast enough and truly never can. Everyday a child spends in bonded labor is a day of their childhood that is lost, a day of school that can never be made up. The fight against the problem is ongoing, but it is difficult. When I look at a child I want to wonder about their potential, I want to see the joy in there eyes of play and be jealous at the freedom of childhood. What I do not want to wonder is whether or not they are working 20 hours a day against their will in one of my neighbor’s houses.