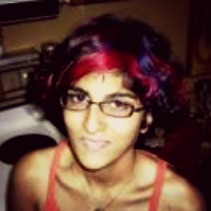 We recently met someone who is working in transitional justice, specifically the issue of disappeared persons, in post-war Nepal. Knowing very little about the conflict between the government and the Maoist Communist Party of Nepal (CPN-M), we were quickly drawn into the story of a country that is still very much living amongst the specters of its history. With the hope of gaining a small insight into the very real ghosts that Nepal is currently grappling with, we have together decided to examine the issue of disappeared persons more closely. In conducting preliminary research and speaking with a few people who are involved in the issue, we are coming to discover a confusing, poorly documented, tangled mess of something called “transitional justice” and “compensation” with respect to those whose lives were irreparably altered by the actions of two parties vying for control of the Himalayan Kingdom.

Although a great deal of international press coverage during the war focused on the inhumane, guerilla tactics of the PLA, on a quantitative scale, the estimated 3,000 murders perpetrated by the Maoists during this period were low compared to the 11,000 that are attributable to the Monarch. More than 1200 Nepalis are still missing as a result of the decades long state-Maoist conflict. Contrary to popular belief within the international community, it is estimated that 85% of people who disappeared were kidnapped by the state, and that only 15% of disappearances were perpetrated by Maoists.

Many of the missing persons were not politically affiliated. Those who were politically involved were CPN-M members and supporters from rural districts. Most were not involved with the People’s Liberation Army (PLA) – the Maoist rebel groups who perpetrated wide-spread violence throughout the country between 1996 and 2006 – but were peaceful supporters who disseminated the ideals and philosophies of the party to the villages. Many came from ethnic and cultural groups who are traditionally marginalized by the history of caste hierarchy and feudalism in Nepal. As such, the communist philosophy of the Maoists, which spoke of egalitarianism, the rise of the oppressed, and the end of caste-based social hierarchy, offered them hope and idealism for a life free from the severe disadvantage they faced under monarchical rule. Enforced disappearances are cases in which people were taken into custody by one or the other side of the conflict. The fate of these individuals has never been discerned as authorities denied all knowledge of their whereabouts. There are at least 1200 people on the disappeared persons list in Nepal. Although this number is based on a conversation we had with someone who is working on disappeared persons cases but prefers to remain unnamed, there is a great deal of discrepancy over the number of people who disappeared during the government’s war with Maoist insurgents. Human Rights Watch puts the number much higher than 1200 and attributes the lower numbers found in many reports to the obstacles faced in getting accurate information from remote villages. Nepal’s challenging terrain, coupled with inexperienced human rights organizations working in the early stages of the conflict, and a caste-based system that excludes people from social forums, have led many to believe that cases of disappearances are significantly underreported in Nepal.

In trying to bring to light the Nepali government’s counterinsurgency actions during the war and challenge the common perception that the majority of civilian abuses were carried out by the Maoists, it is nonetheless important to give due condemnation with regards to the Maoists’ actions. If Maoist-issued disappearances rank far less than government ones, it is, in part, due to the fact that the Maoists publicly tortured and executed many of their captives, forcing family members and friends to witness it. As such, there was no need to cover up civilian killings.

Clearly no one side holds the moral scepter in Nepal’s “People’s War”. The lack of awareness about the Nepali government’s abhorrent human rights record during the war on the part of the international community as well as the lack of governmental retribution and compensation for the victims’ families in the post-war climate are wrongs that need to be rectified for a ‘Naya Nepal’ to emerge from the ashes of its history. With the abolishment of the monarchy and the shift to a federal republic, Nepal is currently in a state of political reform. Previously disadvantaged groups are lobbying for an end to social marginalization and political exclusion. Many people are seeking retribution and transitional justice for losses suffered during the war. However, in this age of political upheaval where many previously unheard voices are shouting for their rights, the government is content to bury the mistakes of the past and look towards the future. Yet,the families of the disappeared persons cannot forget the errors of the past. As citizens, the wives and children of these victims are living in extreme poverty. As Hindus, they are unable to perform final rights without a body. As individuals, they want to know if their family members are dead or alive and they seek closure.

Shubha Bala and Heather Gilberds will be posting a series of blogs on the issue of transitional justice and disappeared persons in Nepal. Shubha plans to interview families of the victims, government officials, and NGO workers to bring to light the governments’ lack of response and compensation towards them. Heather hopes to explore issues of caste hierarchy and social marginalization and how these factors related to CPN-M membership and subsequent human rights abuses. She will also examine the role of journalists and the challenges they faced in reporting the abuses perpetrated by the government army during the conflict as well as the difficulties they continue to confront in post-conflict Nepal.