It was a long way to Bamako but it was worth it.

If someone had asked me a year ago, when I decided to attend graduate school at Georgetown University, where I would see myself during the summer of my first year, Mali is the last place I would have pictured.  Even when my Human Rights/Conflict and Protection professor who is also the leader of the Advocacy Project, recruited me for Mali, I thought there is no way this will work out.

In April of 2016, when he first proposed the idea to me, I had an appointment to get my biometrics done for my US citizenship.  I thought if the fellowship starts in June there is no chance I would have my passport ready by then.  For some reason, it seemed like the universe wanted me to go to Mali.  After taking my biometrics, a week later I received a letter of notice for my citizenship exam, and everything started to fall into place.

On the 10th of June, after saying goodbye to my family, I waited in the Air France lounge, holding my US passport, the first passport that I have ever had. I started to wonder, how is it possible that I am leaving the country that has recently become home so soon? I  told myself, I am not only a US citizen, but I am also a world citizen.

After a long trip, which included a canceled flight, a late arrival in Bamako, and sleeping on the floor the first night, I was going to meet finally the women that had brought me a long way from the United States, the place I so recently started to call home.

On my first day at work, all the challenges of getting to Mali were erased by the warmth of the Malians I was meeting. I also enjoyed the familiarity of the place. I have not been back to Africa in 10 years. Being in Bamako, I felt the joy that Africa’s simple way of life used to bring me.  The day was warmer than it had been when I first arrived. As I drove with Adama, Sini Sanuman’s driver, who was kind enough to come get me for my first day at work, I noticed for the first time the city of Bamako. Everyone was out starting their day.

We drove past a few women watering their lettuce gardens, people starting to put their merchandise out for sale, and school children with their backpacks going to school. The picture of a war zone that most of my friends, and every American that I talked to before my trip, had described did not match what I was witnessing with my own eyes.

The car ride lasted about half an hour, mostly spent mingling with motorcycles. I enjoyed hearing the loud call of people and the honks of vehicles and seeing the rising dust left by automobiles. Every single inch of the city was alive. Bamako was alive. The car came to a complete stop in front of a red gate that opened as soon we arrived. The car drove in and before I jumped out someone had already taken my backpack.  I was escorted inside.  First to Sinta the secretary’s office, then to Awa the project assistant, and then I ended up in Siaka, the director’s office.  A few minutes later everyone was called inside Siaka’s office.

He introduced me to each staff member and went on to say how in this office everyone is equal and that the only difference here is our religious beliefs.  He finished his speech and showed me to my desk, which I share with Awa. Before I had time to sit down and process the warm and friendly introduction, I was rushed into a car to go visit the center where women who have been victims of armed sexual violence were making soap and embroidering.

At my arrival, I was directed to the office of the director, where I found an older man seated with three women. Siaka introduced him to me as the head of the center, and then I met the woman who is in charge of the soap making and two others. Siaka introduced each person starting with the director. He again made the speech about equality and the difference being only religion.

After the introduction, we traced our steps back.  We came to a room that I did see not see at first because of how quickly I was being moved around. For the first time, I paid closer attention, and I noticed a group of girls with the saddest faces.  They were all paying attention to what the lady with scissors and a measuring tape around her neck was doing and saying.  I told myself, I finally meeting the women that had brought me here. 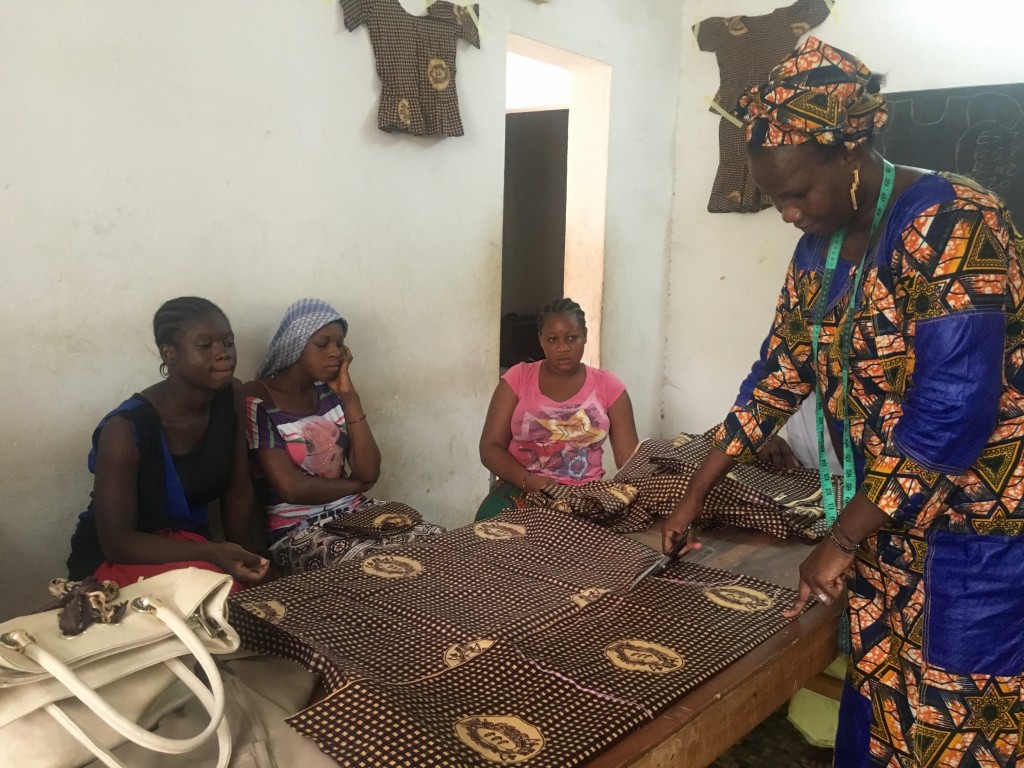 They were so focused that the director of the center had to call them to introduce me. I said hi with a big smile on my face and with a hand motion from left to right, but all I got were blank looks as if they had not heard what I had said. I said it louder again, but only the lady with the measuring tape turned around and welcomed me.  The girls’ faces were still blank, but I could see in their eyes that they had been through a lot. I turned around, and there were other girls also highly focused on their sewing machines. I snapped a few pictures before I was rushed to the soap-cutting table. There I observed the girls cutting bars of soap and placing them into boxes. I took a close look at the soap and immediately noticed what Iain, the leader of the Advocacy Project, had told me before my departure. 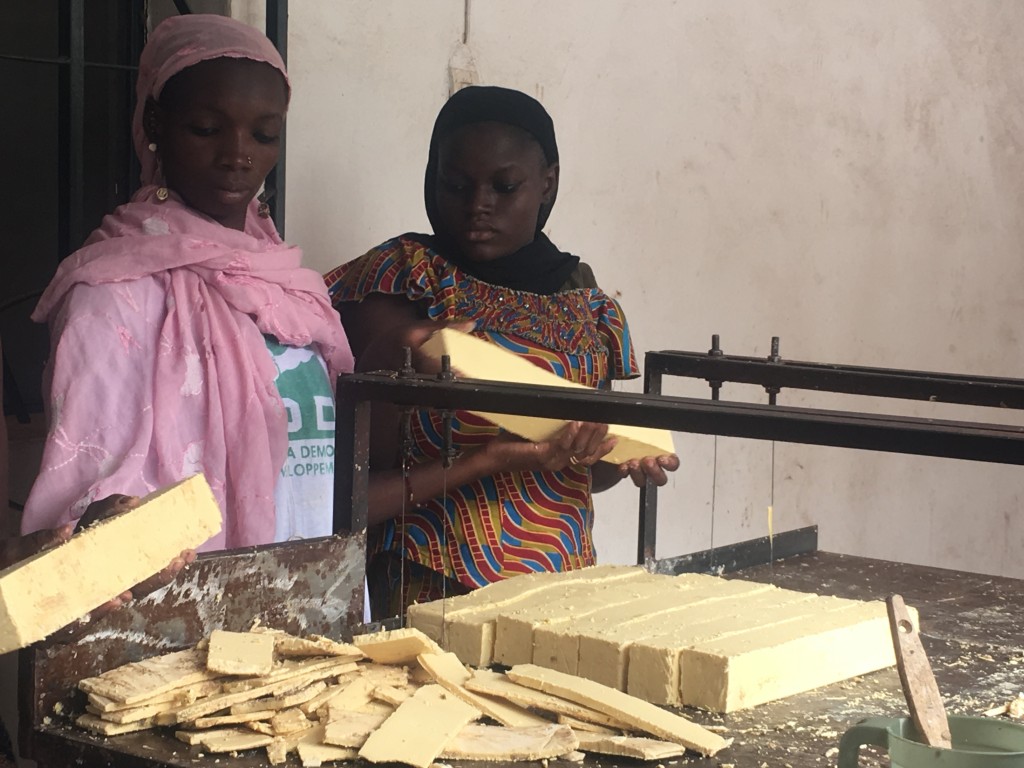 The soap did not have a good smell.  It did not look clean, and the bars of soap had uneven sides. I knew then that I had a lot of work to do. I immediately turned to the lady who is in charged of the soap, and I asked if we could meet to talk about the quality of the soap. I told her I had brought some scent samples with me that we could try out and see if we can make the soap smell good. I was shown the rest of the center and introduced to more people. 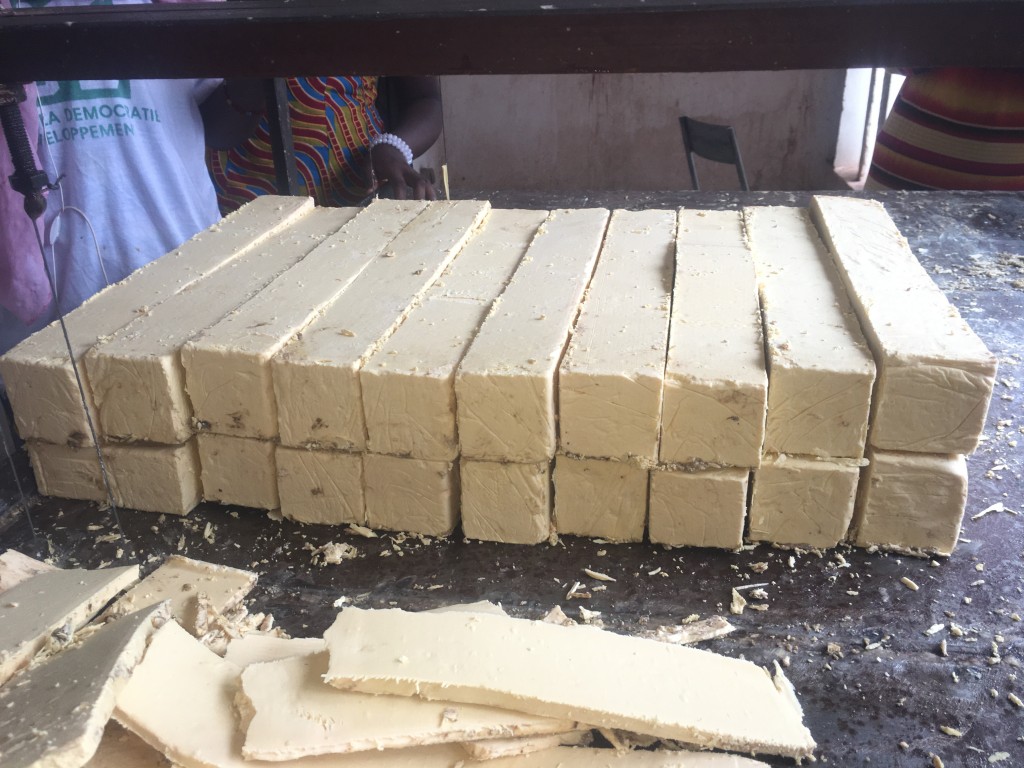 The rest of the week went very well. I helped the president move his plans forward to open a second center by sending a letter to the Mayor of Bamako with a request to open a second center. I presented the director and the woman in charge of the soap making with new ideas of how to improve the soap, ideas which they welcomed. I had the women try the scent samples that I brought in their soap mix. I remember how the women’s faces brightened when I passed them the scents of Lavender and Rose. They passed them around with smiles on their faces. It was the first time I saw them smile.

During one of my multiple visits to the center, I noticed that the molds the women were using were old and rusted.  Flakes of rust would come off and go into the soap, contributing to its uncleanness. The cutting table, which was also made out of cheap metal, is old and rusted. I told myself, If we are going to improve the quality of the soap, we also need new equipment.

I talked to the director about buying new soap-making molds as the ones they are currently using are old and poorly designed.  He supported the idea. I then talked to my landlord who turned out to own a 3D printer. He has already designed a mold and one shape of the soap that we want to sell at hotels in Bamako. I have reached out to one hotel, Sleeping Camel, and they are interesting in buying soap from the women.

Also, throughout the week, I continue to be amazed by how friendly and warm Malians are.  Although I am a stranger to them, they have invited me multiple times to share meals. They have taken personal care of me, which makes me feel like I never left home. Even the girls who on the first day I looked at me with blank faces have started to give me small smiles.

Before I came to Mali, many of the people that I talked to in America evoked images of a war zone. Perhaps I am saying this too soon since I have been here for only a week, but the only thing I have found so far in Mali is warmth, love, caring, and a circle of sisters. If I had to do it over again, I would do it with no hesitation. 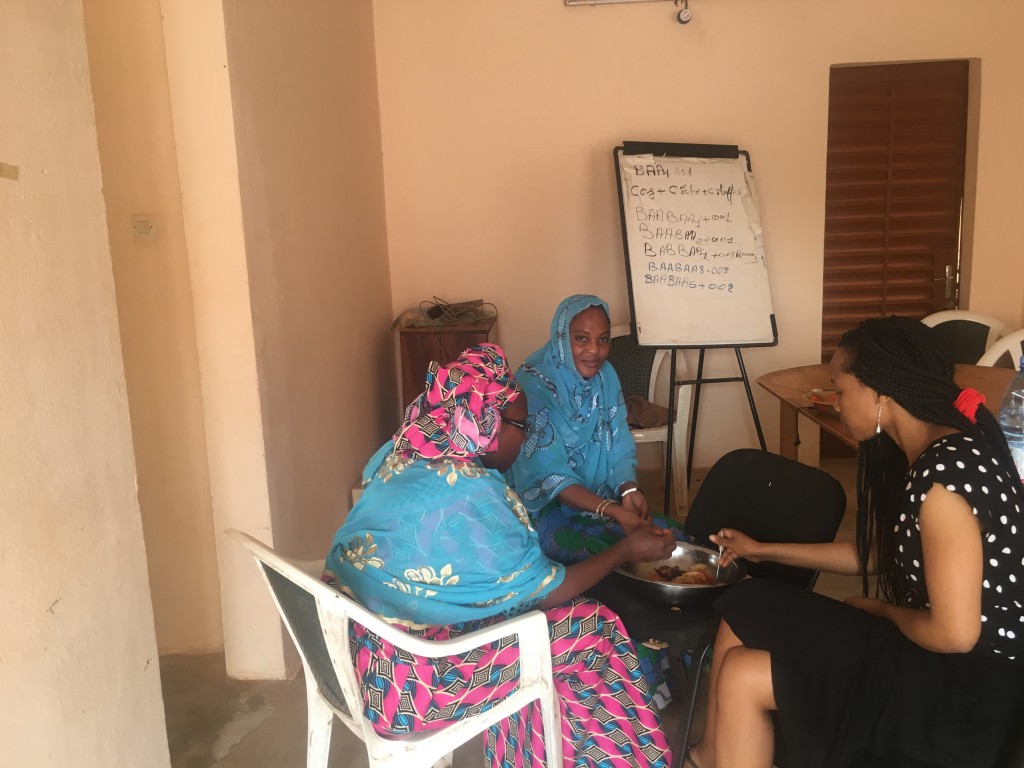 Lunch with Awa and Sinta at the office

Throughout this week, I also learned a valuable lesson with what happened in Orlando: a life of fear and doubts is not life at all.  We have to live every day as if it was the last and do everything we want to do and accomplish.  I hope to continue on the good path I am on, working with these women who for this past week have brought me so much joy and I hope me to them. 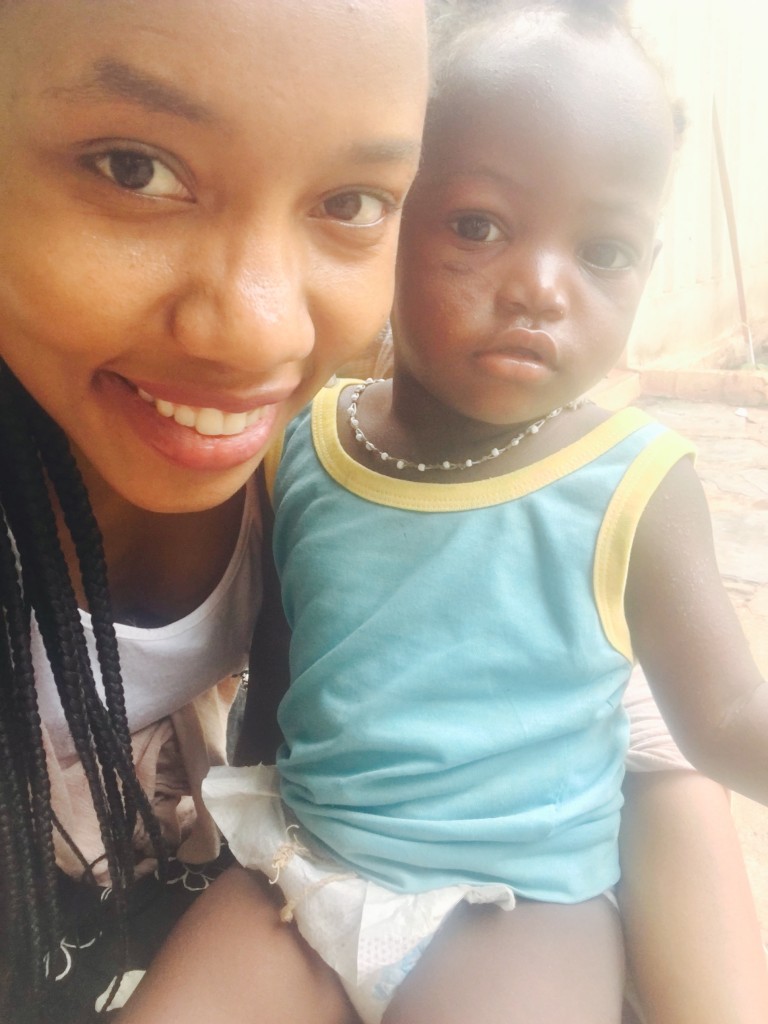 Zenab and I. One of the beneficiaries’s daughter