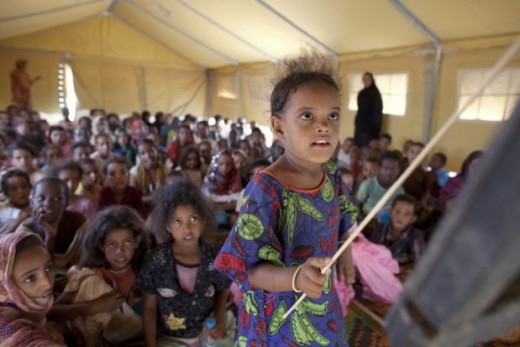 June 20th marked World Refugee day, originally Africa Refugee Day, a day that honors and raises awareness about the conditions of those who have been displaced by violence and conflict.

This year, June 20th also marked the day that the Tuareg and Arab rebels, known as the Coordination of Azawad Movements (CMA), signed the peace agreement already signed by the Malian government and other loyalist armed groups. It is fitting that these two events fell on the same day. One can only hope, the agreement will lead to an end of the conflict and a beginning of lasting peace in Mali. 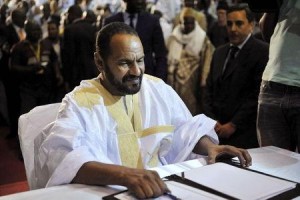 Representative of the Coordination of Movements for Azawad signs peace agreement in Bamako. Photo: Stringer/Reuters

The conflict was sparked by a coup in 2012 that allowed for Tuareg separatists to take over towns and cities in the North. Despite French military intervention and efforts, the country stays divided by ethnic conflict. For decades, the Tuareg and Arab people of the North have felt marginalized by the more prosperous South. In April 2015, pro-government groups took Menaka from Tuareg rebels, which has led to more deaths as conflict continues between the two groups. On Friday June 19th, pro-government armed leaders started to leave Menaka ahead of the signing, raising hope that peace will be restored.

Sticking to the peace deal will be a challenge given that the rebel groups do not feel that their demands and needs for their region to be recognized are really being met. Tuareg and Arab rebels in the North, or Azawad, demand territorial separation, self-rule, and for 40% of the government’s budget to be spent on development in the North. However, the new peace deal only allows for decentralized local administration.

According to the UN, 86% of the world’s refugees live in the developing world. In Africa, there are about 15 million people of concern: refugees, asylum seekers, stateless people, internally displaced people (IDPs), and returnees. In Mali, about 267,000 remain internally or externally displaced due to the conflict in the North. There are 86,000 internally displaced persons in Mali and 16,000 returnees who sought refuge in other countries after 2012 but have since returned to Mali. In addition, 32,000 Malian refugees are sheltered in Burkina Faso, 52,000 in Mauritania, and 49,000 in Niger. Mali also hosts several refugees and asylum seekers from Côte d’Ivoire and the Central African Republic. 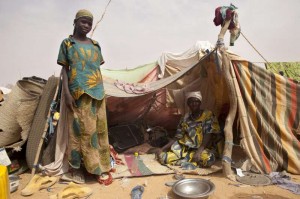 Conditions in these refugee camps are unfavorable, particularly for children. Children who have fled violence experience a lot of suffering; their refugee parents don’t have the time to look after them and so they are in danger of abuse and violence. They also miss out on important months of school, falling behind and increasing their chances of dropping out. Having access to school or education allows them to lead a more normal life of learning and playing with other children. 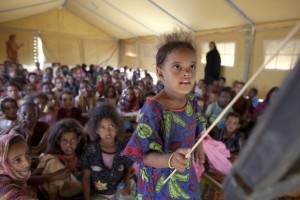 Within Mali, many people continue to be displaced in places like Gao, Ansongo, Timbuktu, and the border areas with Niger. Bourem, which is 95km north of Gao, is under the control of the Malian military, but lacks essential state facilities and services as a result of the conflict. Many internally displaced people fear returning to Bourem, including civil servants, so few schools have reopened, health facilities are limited, and there is little protection for locals. A lot of them would need food assistance to return home. IDPs face many problems, including food, health, and housing. Several have had to register with IDP centers that help them receive basic services, professional training, cash transfers, and maternal care. Many IDPs are now living with relatives in Bamako and as a result these relatives are overburdened and have to ask for aid.

For this reason, Sini Sanuman has opened a center in Bourem in addition to the center in Bamako. Many of the women Sini Sanuman works with in Bourem and Bamako have been displaced and have fled their homes. They have fled out of fear, shame, and embarrassment. They could not stay amidst the violence and those who have experienced sexual violence face stigma. Of those who have fled to Bamako, a few live with relatives or acquaintances, but most live with host families. Thus, they need to earn a living so that they can eat and continue to live in Bamako, which has a higher cost of living than other parts of the country.

Participating at the centers, meeting with the psychologist, learning new skills, and forming relationships allows the survivors to recover their confidence and re-enter society. It gives them the opportunity to do something different when they leave the centers, so that they are not in the same place or situation as before.

So an end to the conflict would directly benefit the women of Sini Sanuman, the nation, and the region of West Africa as a whole. It would mean that state services and safety could be restored, and that children who are refugees could get back to school. Other refugees and IDPs would also be able to return home and start rebuilding their lives and the country.