Last week, the Century Entrepreneurship Development Agency International (CEDA) recognized the Kinawataka Women Initiatives (KIWOI) Executive Director, Benedicta Nanyonga, in the launch of the first directory of inspirational women in Uganda. The Inspiration Women of Uganda Directory: The Un-Sung Heroines Amplified profiles 40 women from across the country that are role models for youth in Uganda.

Beyond recognizing women undertaking critical work in Uganda, the purpose of the book is also to provide a directory of women that youth can look up to and learn from. The women come from a wide-range of backgrounds including social activists, entrepreneurs, professors, government officials, teachers and community leaders. Benedicta was recognized for her entrepreneurial spirit and work to “conserve the environment, while earning from it.” 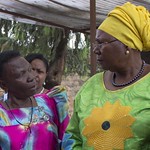 Hajjat Saida Bumba, a Member of Parliament and the former Minister of Finance, was the guest of honor at the event. She spoke about the need for education for youth in Uganda and increased opportunities for employment for women and youth.

As part of the book launch, CEDA hosted an event attended by Ugandan youth who broke into groups to discuss topics such as women’s economic empowerment and political and social services slum areas. Much of the discussion was in Luganda so I could only pick out a few pieces for most of the event. While I couldn’t understand everything, it was much more important for the youth to be able to communicate in a language they are comfortable in so I didn’t mind.

In the group on economic empowerment in slum areas, Benedicta talked about her work and shared her story. She advised the youth that in order to achieve success, you must be creative and persistent. When she first began collecting straws her neighbors and family thought Benedicta was losing her mind. By persisting through the criticism to undertake her creative work of recycling used straws into crafts she has produced a successful organization that has an impact far beyond what Benedicta thought was possible. 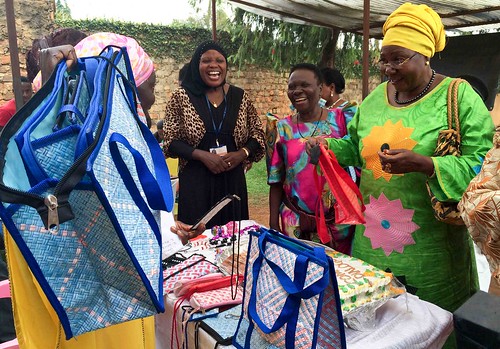