So we got back from our recent trip to Maralal, a region in Northern Kenya last week (around 3am on Wednesday, to be exact) and holy crap did it seem like I was gone for a month. The days individually didn’t seem physically exhausting, but upon further reflection we did cover a lot of ground and worked 12 hour days the entire trip. One objective was to deliver SOME of the 3,600 sanitary pads supplied by Zana Africa, which I posted a picture about a few weeks ago when we had a training with Zana and received the pads. 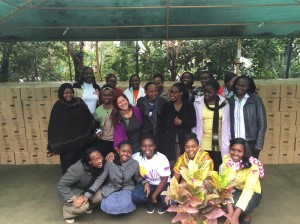 Delivering them proved to be a little bit more difficult than I anticipated because there is no service in the areas we were delivering, which made alerting our contact people that we were coming virtually impossible. Despite some logistical issues, the delivery of the sanitary pads was overall successful. We carried the pads in the CPI vehicle, (sidenote – I have never been more grateful for a Land Rover, even though we almost flipped it…) and hand-delivered them all over what I will henceforth lovingly refer to as “the bush”, including both Samburu and Pokot schools, which were the two tribes involved in the activities we were facilitating.

There were quite literally no roads most of the time. I think at most what you would call them is potential pathways that vehicles have driven on at some point, and that could basically be anywhere. It made for quite an adventure some nights on our way home when it had just finished monsooning for several hours, i.e. my previous reference to almost flipping the Land Rover. Luckily we had Francis, and somehow he managed to get us out of trouble every time. 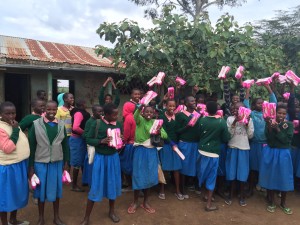 Regardless of any minor heart attacks, the physical distribution of the pads was always rewarding because it reminded me how much we take for granted. Sanitary pads, or more broadly access to health resources is something I have aways considered a basic amenity. It’s just not like that for soooooo many people, primarily females. Hopefully with the help of people like those of CPI and Zana young girls won’t have to compromise their education because of an uncontrollable, natural biological process. 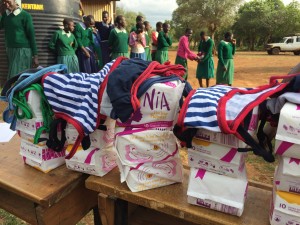 Oh I almost forgot, we also gave out underwear to several Pokot schools because, from what I observed, resources were even more scarce there. They don’t have enough classrooms for the students so some are taught outside and they sit on rocks. I am a huge supporter of being outside and enjoying and appreciating nature, but I don’t know how much I would retain if I had to sit on a rock for 9 hours a day. 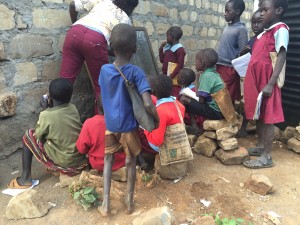