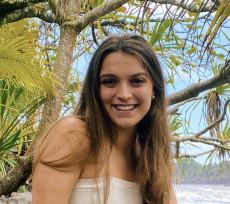 Taylor is a rising junior at Elon University where she is double majoring in Political Science and International and Global Studies with minors in Italian and Peace and Conflict Studies. She became interested in advocacy work through her deep desire to make a difference in the world. Taylor studied in Ireland this past January and is planning on studying in Italy next spring where she will pursue research in the field of immigration policy. Despite not being in person, she is excited to be working with AP and to gain more knowledge regarding advocacy work.


Let’s Get Comfortable With Being Uncomfortable

Talking about race and racism can be an uncomfortable topic, but that is the reason it needs to be discussed more. The fact that it makes people uncomfortable in the first place is a major problem in the US and highlights the systemic racism that is glaringly evident in this country. Being of a different background or having a different skin color is not something to be ashamed of, yet it is treated as such when people tiptoe around the topic. Instead, it is much more beneficial to the progression of our society to have conversations about it and speak up when you notice someone saying something offensive or being treated differently because of their race.

The sad reality of it is that I was born with this privilege; the option to ignore what is happening because it 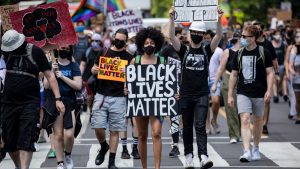 doesn’t affect me personally right? But it does affect me. It affects the people I love, the people I go to school with, the people who are also citizens of this country and around the world. And I was also born with the privilege to speak and be heard in society because of the color of my skin. The fact that many are denied this basic right based for that same reason is sickening and it would be negligent to not use these inherent advantages to make a change so that everyone is afforded the same privileges.

Something that continues to baffle me is aggression towards the idea that white privilege exists. A family member told me that white privilege cannot be real because he had gone through hardships in his lifetime. That mindset is what is hindering this movement and diminishing the voices of the Black community. This is not said to diminish the hardships felt by all, but there is a difference between hardship and oppression. Our country was built on the backs of slaves; white people have prospered off of Black oppression. For that reason, white people are privileged. We have inherent advantages over BIPOC (Black, Indigenous, People of Color) because of the racial inequality and injustice that is ingrained in society.

The Evidence is Clear

Many examples of this have been flooding social media lately, particularly exposing the injustices faced by the Black community regarding the social justice system and police brutality. Even more than just that, however, BIPOC are constantly not acknowledged by society, whether that be professionally or medically.

Even hospitals often do not listen to their Black patients, often deeming their complaints as an overreaction when in fact, their condition is life threatening.

I recently heard the story of a person I went to high school with who is a Black and Latino person. He went to the hospital with a severe knee injury and despite being in excruciating pain, he was told by his doctor that he was making it up. It turned out that he had torn a tendon and needed surgery, after which that same doctor told him he was surprised that he could even walk. This is only one of many examples of when the Black community is maltreated in the medical world.

I recently read an article about a Black medical student who, in noticing how they were only taught how to see symptoms of a disease on light skin in school, created a handbook to help diagnose patients with darker skin (Read more here). This is a major flaw in the medical field that I had not even thought of before reading this. That in itself is white privilege, brining to light one of the many struggles that BIPOC are always facing that white people simply cannot relate to.

Stepping out and Making a Change

I am not a perfect ally. I am certain I have made mistakes and I will probably continue to make mistakes. But I acknowledge our reality and am committed to making a conscious effort to do and be better. I encourage you to do the same.

Speak up and make the change we need to see happen. Call your City Council–your local and state

legislators.Vote. Do not simply be a bystander when you see a BIPOC being verbally or physically attacked. Call people out on their casual racism and bring light to why what they said was offensive. Have those uncomfortable conversations. Make them comfortable. Do something.

It is not our fault that society is the way it is, but it will be our fault if it continues. The need for change cannot be ignored. It is our responsibility to take what we know and work to ensure true equality, no matter one’s skin color.

If I have learned anything throughout the Black Lives Matter Movement, it is that it is much better to speak up, be wrong, and grow from that mistake than to not say anything at all. It is uncomfortable, but no progress has ever been made when confined by the familiar and the comfortable.