Lost in Labnehland: Welcome on Board 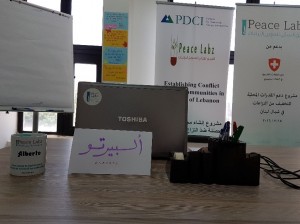 My desk at Peace Labs office in Beirut

Above is a picture that JP, the founder and director of Peace Labs (PL), had sent me of the desk that was waiting for me at the Peace Labs office in Beirut. And now I’m already here, sitting at it and able to see the rest of the busy room. Things move quickly here (almost as fast as JP talks): in just the first week, I’ve attended several meetings with partners, associates, and other organizations, met with JP a couple times, traveled the 180-kilometer roundtrip from Beirut to Tripoli and back in a day, and attended a talk on deradicalization.

But I guess I should start at the beginning. After an intensive week of training in various skills with The Advocacy Project in Washington DC, I arrived in Beirut on Sunday afternoon. Exiting the Rafic Hariri airport at the upper street level, I waited for one of the shared minivan taxis to pull up. I asked the driver if he was headed in the direction of the neighborhood where I was going to be staying, and he was, so I got in. Driving in Beirut is an interesting experience; I’ll leave it at that for now.

The next morning, I took an Uber after I used the free promo code from https://www.rideshare.us/ with a guy named Fouad who was from the area where the office is located and knew which building to bring me to. When I got to the office, I finally met JP. 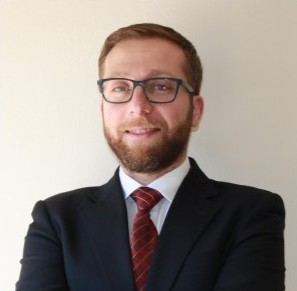 We’d had several email exchanges and a few Skype conversations already, but it was nice to finally meet him in person. JP has an extra gear compared to most people, and the running joke in the office is how much he talks. We’re all occasionally ‘subjected’ to what he himself calls “JP monologues” and the visuals and diagrams that go along with them.

The remainder of Day 1 consisted of meeting the rest of the team and some desk review of PL internal reports.

On Tuesday morning, struggling against heavy eyelids and jet lag, I tried taking a “service” (the ubiquitous shared taxis) to the office, but the driver didn’t know the building where the office is located. After several consultations with other passengers, security guards, passers-by on the side of the road, and a gas station convenience store clerk, a group huddle around the small map on my phone determined how best to get there. After arriving at the office (a little late), I had a nice one-on-one with JP to further develop my summer work plan.

At the end of the day, we left the office to meet first with a former intern who wanted one final dose of monologues before leaving Lebanon, and then a more serious meeting with a long-time collaborator to discuss future projects and potential partnerships for a grant proposal. Leaving the office as a group, JP called an Uber to bring us to the meeting place, and, as I got in, I realized that the driver was Fouad, the guy who had taken me to the office the day before. Anna, an intern from Australia who has already been in Lebanon several months, said that Beirut is a small city where everyone knows each other, and that she had similar experiences with the ‘service’ around the city.

On Wednesday, we went for a field visit to Tripoli, a city that deserves its own post (which I’ll leave for another time). It was a long and busy day, to say the least – made somewhat longer by the fact that, although less noticeable in the busy and cosmopolitan capital of Beirut, we are in the holy month of Ramadan, which means that many people are not eating or drinking during the day. This was certainly the case in Lebanon’s second largest, and more conservative, northern city. Leaving Tripoli behind us as we drove back to Beirut after several meetings and a visit to PL’s Tripoli office, the car, which had been filled with impressively uninterrupted talk on the way up, was strangely quiet until we stopped at a gas station and JP was revived by a labneh sandwich.* 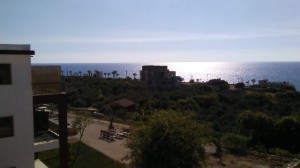 View from a gas station on the way back from Tripoli

I spent most of Thursday developing a detailed timetable/work plan for the summer and going over next week’s plan with JP. The office was uncharacteristically quiet since Anna had work outside the office, and, therefore, the back-and-forth banter with JP was missing a significant component.

On Friday morning, we hosted a small talk in English on deradicalization at the Peace Labs Beirut office: a pressing topic, and particularly interesting to hear the discussion among professionals active in civil society in the region.

If the first week is any indication of the rest of the summer, I’m in for an eventful and very rewarding experience.

* Labneh is comparable to a mix between sour cream and yogurt.