I just successfully survived my first and hopefully my last illness in Uganda.  I had some pretty terrible cough and throbbing headaches that lasted for a couple days. After fully recovering from whatever disease I had, I was shocked to discover how common the word malaria is used in Uganda.  It has become part of the country’s vernacular.  For example, one of my many conversations usually goes like this:  “Where is Robert, I haven’t seen him all day at work?”  “Oh, he’s out with malaria or he’s at the clinic being tested for malaria.”  This type of conversation is very normal with my host family, co-workers and even with people I interact with from the community. To fully understand how common malaria is in Uganda, within the short time I’ve been here, all 7 members of my host family have contracted this disease.  Two of my host sisters were even sent back home from school because they had malaria.

To avoid getting sick with malaria, every morning after breakfast I pop a pill of Doxycycline, which also has its perks of keeping my skin smooth and youthful.  However, the sad reality is that most people in Uganda can’t afford to buy anti-malaria pills.  While talking to a local community member,  he told me that whenever he buys malaria pills he prays before taking it. And then he hopes like he has never hoped in his life that the medication would work.  The reason for his method has to do with the increase in counterfeit and outdated/ineffective malaria pills being circulated in many clinics around Uganda.  The only option for him and others in his situation is to pray and hope that the medication works.

The majority of my blog has been about child sacrifice but I felt I had to bring some attention to malaria, which is the number #1 killer of children in Uganda.  According to the World Health Organization (WHO), malaria is endemic in 95% of Uganda. Nearly half of hospital in-patient deaths among children under five are attributed to clinical malaria.

Malaria is like a cold except, it kills. But like the cold, its preventable and curable.  Mosquito nets are  just not enough to prevent this disease. What is needed is a strong  educational campaign that would inform the public on how to take preventative measures on this epidemic and widespread disease. 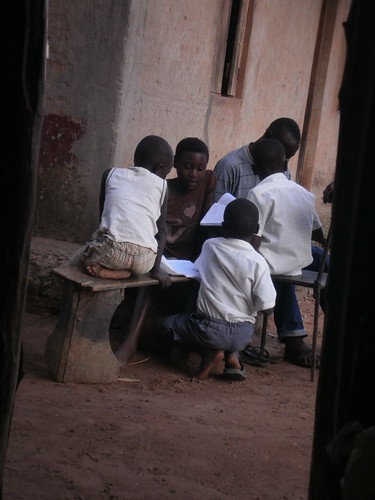