Mama Esther – A Pioneer for Peace in Northern Kenya 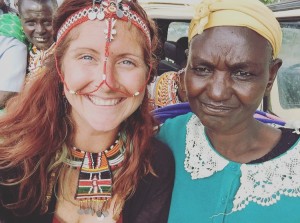 One of the most incredible women I have had the pleasure of meeting during this Fellowship goes by the name of Mama Esther. We met her on the first day of the parent meeting, which was the specific activity we were facilitating in the North.

CPI’s model begins with pairing two children of different tribes during a week-long peace camp, then arranging for the parents of the paired friends to meet and stay with each other in their homes. This parent meeting was in the second phase; the Samburu parents had already gone to stay with their Pokot friends, and now the Pokot were coming to stay with the Samburu.

Unfortunately the friend that Mama Esther’s son had been paired with could not come, but she was so excited to simply host someone that she asked us to arrange another friend because she was so genuinely passionate about showing hospitality to a Pokot family.

Mama Esther’s willingness to host Pokot families speaks volumes about the effectiveness of CPI’s exchange programs in changing people’s minds about the opposing tribe. She lives in Logorate, a small primarily Samburu village near Maralal in Northern Kenya.

This is just one area in which CPI works that has suffered tremendous losses in the past as a result of animosity between certain tribes. For example, every single person or family we spoke with had at the very least experienced loss of livestock (which are most families’ only source of food and income) from raids led by the opposing Pokot tribe, if not also loss of a friend or family member. This conflict has had an especially serious impact on infrastructure and general development within these areas because of instability, which translated into families not being able to settle in one spot for fear of attack.

People even spoke of sleeping with their shoes on because they always needed to be prepared if they were attacked in the middle of the night. Not being able to settle in one location also made establishing or maintaining towns and other designated structures for resources extremely difficult; town centers could not survive, schools had to close periodically, and people were moving around so frequently that they did not even have time to plant because they would leave before they could collect the harvest. 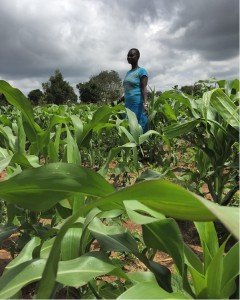 Now, as you can see from the above picture, people like Mama Esther are able to feel safe in their communities and most importantly they are able to grow crops and provide more for themselves and their families.

Mama Esther’s story provides an example of the potential that people hold and how CPI’s programs are enabling some of them to unlock that potential under the safeguard of peaceful environments. As a young girl Mama Esther was married to a much older man and she knew that he would probably pass away and leave her to take care of their children alone so she decided to have less children than perhaps she would have otherwise, which is a pretty profound decision for her to make considering she received minimal education (another bi-product of the conflict). In some Pastoralist tribes in Kenya 10 children is considered manageable.

As it turns out Mama Esther’s predictions were correct. But now, because the area she lives in is stable, she has successfully raised her children through secondary school, has grown and maintained a diverse shamba, and is able to help support her extended family. 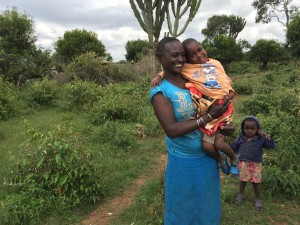 Without CPI’s programs it is very possible that Mama Esther’s sons would be involved in cattle raids and any sense of stability within the community would be lost. Instead, her family is thriving and she is doing all she can to encourage friendly relations between the tribes because she has personally experienced the benefits of peaceful co-existence. Basically, peace provides stability which creates an environment wherein people can access resources that will allow them to better themselves. 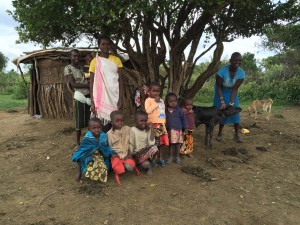