Vietnam has an immense number of disabled people. Around 5 millions or 6.3 per cent of its whole population have to live with a disability. In Quang Binh province alone there are around 40’000. Among them many survivors of landmines and cluster munitions, as well as victims of Agent Orange – the legacy of twenty-five years of war.

Most of them live in rural areas and below the poverty line, especially in Quang Binh, one of Vietnam’s poorest provinces. Here the average per capita income is around 15 Dollars a month. Only few people with disabilities have stable jobs and regular income. Environmental, economic and social barriers prevent most handicapped from fully participating in society.

AEPD’s current project, funded by Irish Aid, aims to reduce poverty among disabled people by assisting them with developing small enterprises. Through business and vocational trainings, which are tailored to the specific needs of every individual and in-kind support, AEPD works to improve their livelihood conditions in a sustainable way.

Currently around a hundred people with disabilities and their families are assisted by AEPD. In the past few weeks, I had the chance to visit several beneficiaries of the project at their homes in the rural areas around Dong Hoi. I was deeply impressed by their stories and the way AEPD has been working with them. Every story is unique and remarkable. I would like to start sharing them with you.

This is the story of Mr. Tran Van Son (46), who had his two legs and three fingers amputated due to an artery blockage. Thanks to his own strong character and AEPD’s support, he has built a successful carpenter business in Ray village in the Bo Trach District. He received frequent peer support visits by AEPD outreach workers, pain medication and two machines, a power saw and a lathe. He proudly showed me his workshop, attached at his home, where he lives with his wife and his 12-year-old son. He insisted in telling his story on his own. Here it is: 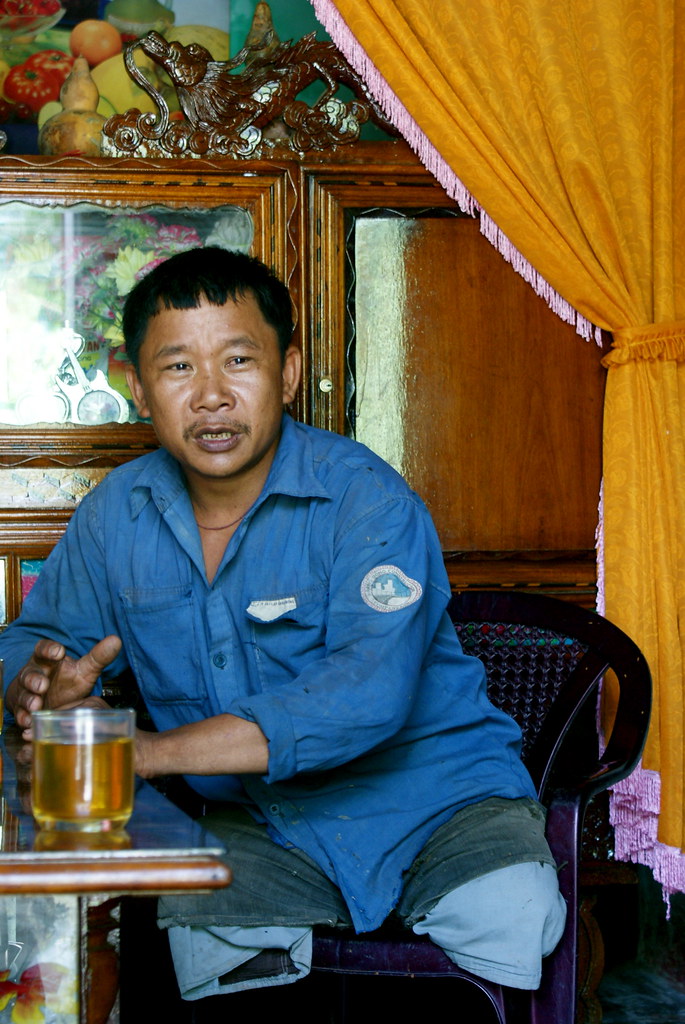 “I was born in a poor farmer family. My parents needed my help on the rice field and could not afford the school money, so I had to stop attending school. I joined the army in 1984 when I was 20 years old. After 3 years in the army, I came back to my village to work and I got married.

At the age of thirty-five, the artery blockage started. I was constantly in great pain. I travelled to many hospitals in the nearby provinces, then to Hanoi and Ho Chi Minh. But nobody could treat my disease.  In 1999, I had my left leg amputated. In 2000, my right leg was amputated as well. But I did not recover. Then the doctor cut my fingers as the last way to prevent me from death. I thought my life would end. I did not want to live anymore. But my wife encouraged me. I should live and hear my children calling me “papa”.

Two years of spending all our money on medicine and many hospital stays made our economic situation worse and worse. I had to borrow a lot of money. We could not afford a normal life anymore. Despite my severe disability, I decided to learn a new job in order to be able to pay back my debt and support my family. I wanted to become a carpenter. During this time, I learned about LSNV. The organization provided me a power saw. Since then I have become more confident and energetic. In 2010, I received a second machine, a lathe. My carpenter workshop is the only one in the surrounding communities and it is very successful. My clients bring me the raw material and I produce what they wish: Doors, windows and furniture of all kind. Everybody really likes my products.

I realize that many other persons with disabilities and amputees are less lucky than me. They have no wives, no children and no relatives and are fully dependant on outside help. I am so happy to have my supporting family and a job that is suitable to my health condition. Today I am independent. I earn my own living and am able to provide for my family. I have the opportunity to participate and contribute to the society thanks to the encouragement and consultancy of AEPD.” 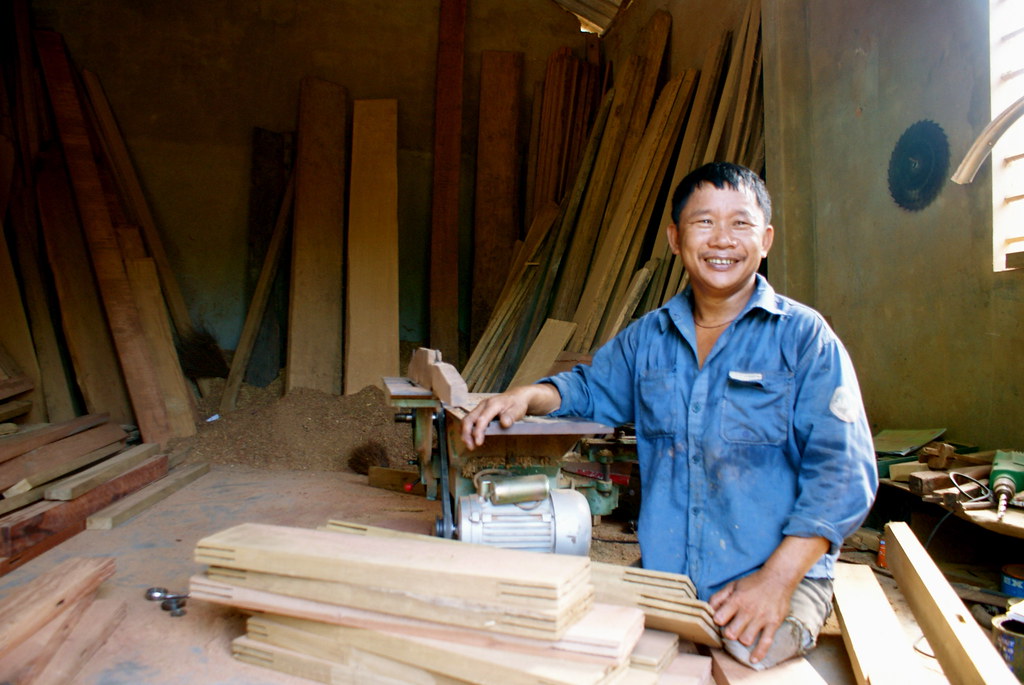 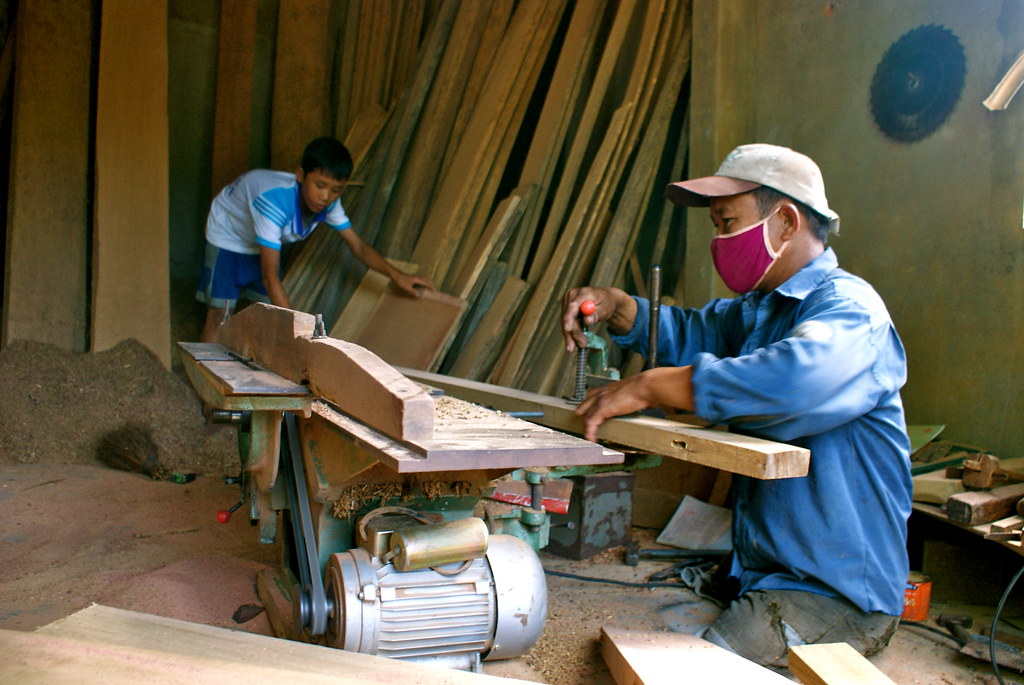 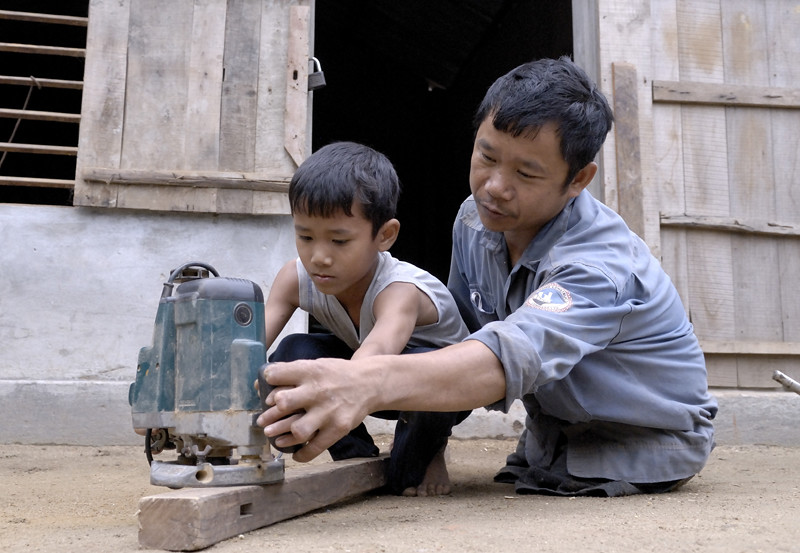 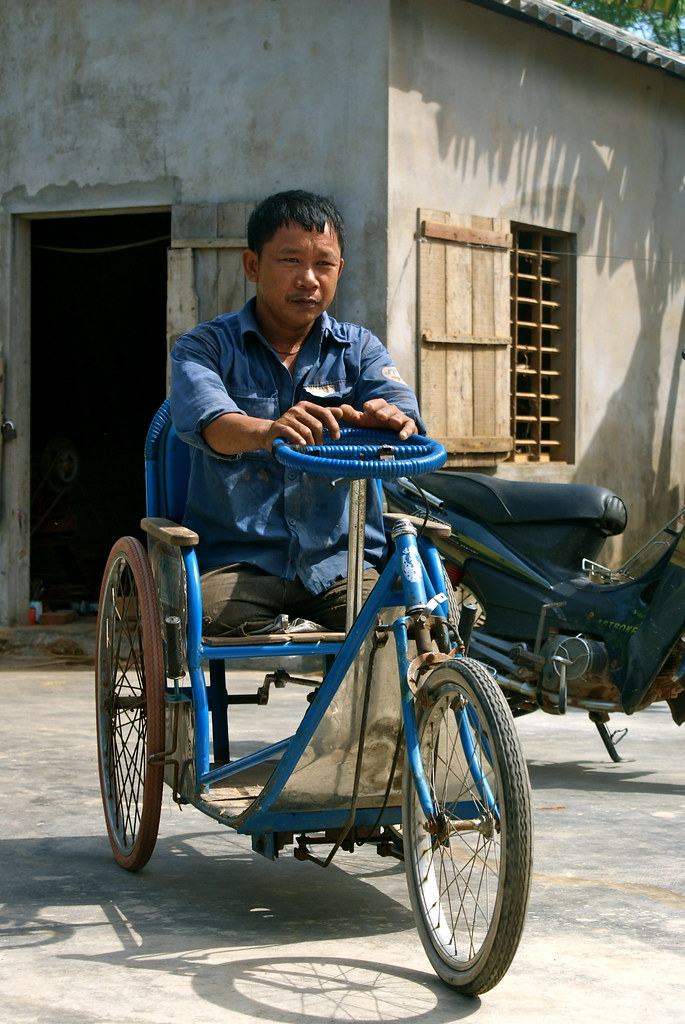 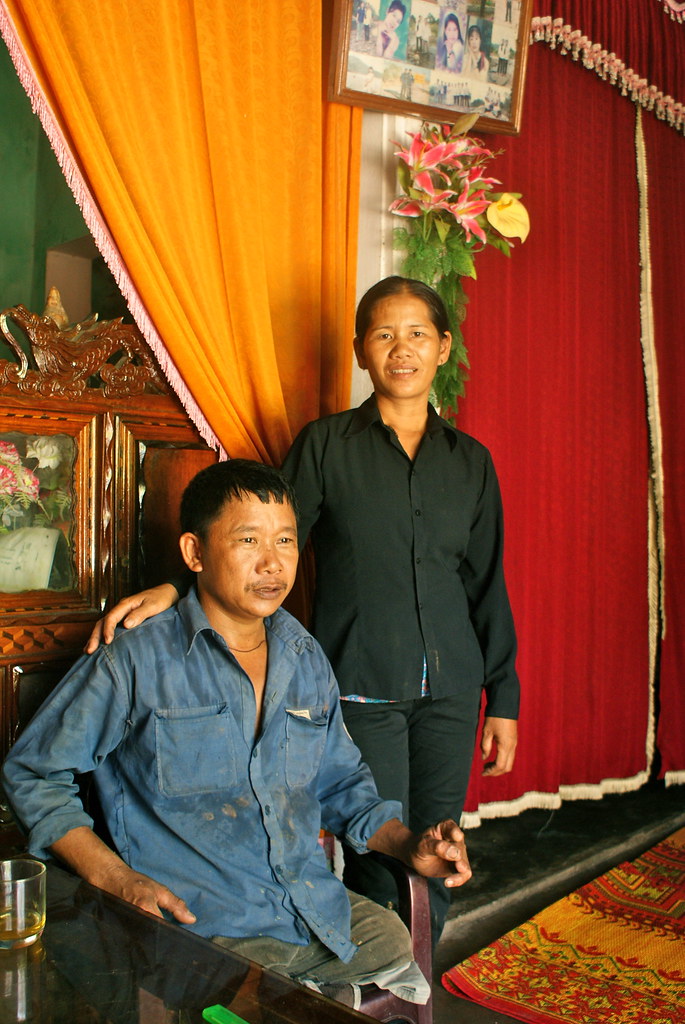