Ms. Hue, her dream is a fridge

Nguyen Thi My Hue was born disabled. She has a serious congenital malformation, is humpbacked and has experienced an abnormal growth of her body. Today, at the age of thirty, she is only tall like a ten-year-old child. Hue is a victim of Agent Orange. Between 1962 and 1971, US Military airplanes sprayed around 50 million liters of this dioxin-contaminated herbicide on the jungle and rice fields of Vietnam, Laos and parts of Cambodia. Agent Orange was used to defoliate the forest and rural lands to deprive the Viet Cong food supply and cover. Hue’s father was directly exposed to the dioxin during the war. The Vietnamese Red Cross estimates that, like Hue, 3 million Vietnamese have been affected by Agent Orange, among them at least 150’000 children with birth defects.

Hue begins her story with: “I was born unlucky”. But her eyes are bright and she smiles. 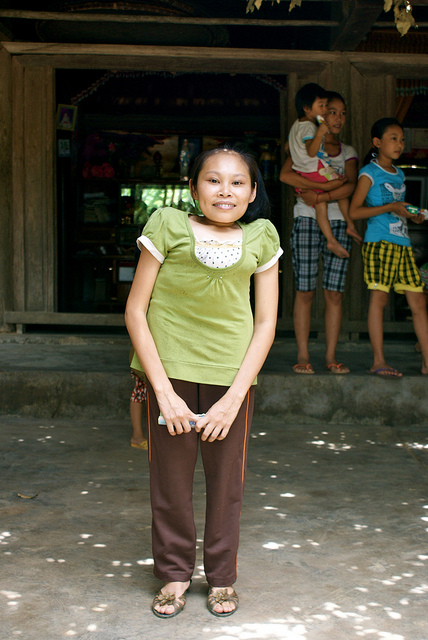 Hue grew up with her parents and her seven younger sisters in very poor conditions in a farmer village in the Phúc Trạch commune, Bố Trạch District. “I was really weak at that time and could not do anything. I could not walk or stand straight because of my disability. I only crawled. When I was ten, I could start helping my parents with housework: cooking, washing an even cutting grass on the paddy field.”

Because of her general weakness and unstable health condition, her parents did not allow her to go to school. But Hue insisted on going. Thanks to her strong will and enthusiasm she managed to convince her parents and the teacher. And once in school, she could easily catch up with the others.

“I was so unhappy that I could not go to school. I had to stay at home. I tried to teach myself one letter a day. My mother taught me to write. Once I could read and write my name, I wanted to attend the class. But my friends at the same age were already in 3rd grade and the teacher did not allow me to join. My father insisted. The teacher asked me to read my name and a newspaper. I did well, even 10 simple calculations. In the end, the teacher agreed. I went only two years to school.”

Unfortunately, Hue could not continue her education because her family was too poor to afford the tuition fees for all seven sisters. As the eldest, Hue demonstrated responsibility and maturity, which is special for a 12-year old: “I thought I should stay at home and help my mother. I wanted to give my younger sisters the opportunity to go to school too. I knew how to read, write and calculate. This was enough.” 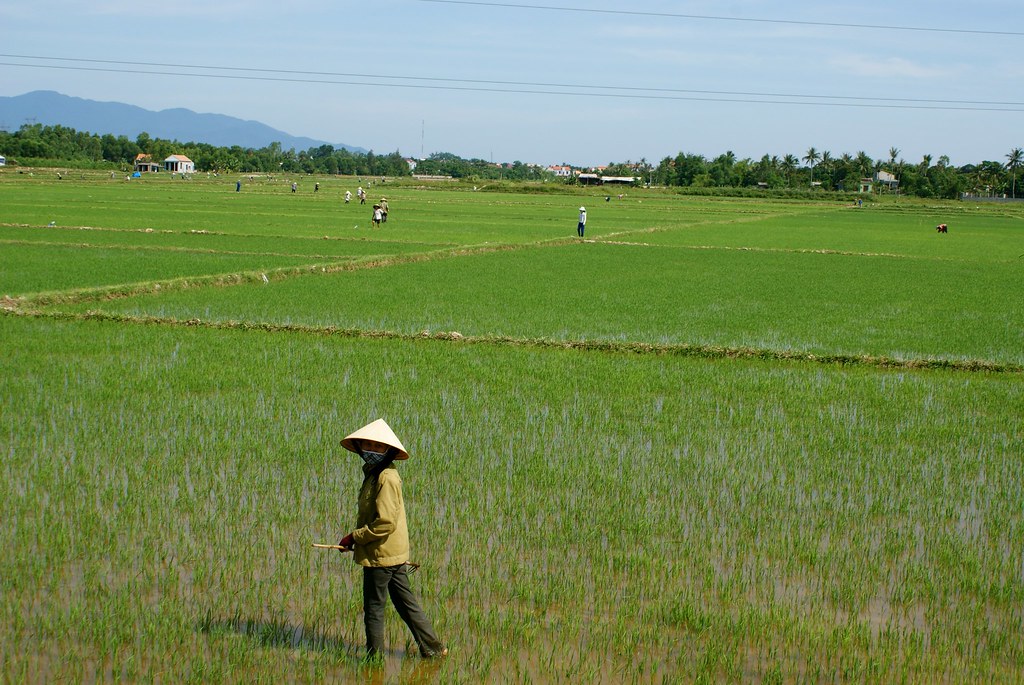 In the following years, Hue helped her parents to earn money for the family. They lived mainly on rice cultivation. Her physical constitution didn’t allow working on the rice field. So Hue sold small products on the local market. Despite her efforts, the money she made was not enough, around 18 dollars a month. She felt discouraged and struggled in her daily life.

In 2004 her father suddenly died from a serious disease. This was too much for Hue. She felt such pain over the death of her bloved father that she had a heart attack. Even now, when Hue recalls these days, she has tears in her eyes: “I fainted, fell down and my body trembled epileptically. I only survived because neighbours came running and reanimated me.” Her mother brought her to the Pham Ngoc Thach hospital in Ho Chi Minh City, which is 1200 km from here home. She stayed there for three years. But even after returning home, she had to stay in bed for another two years, until 2009.

As Hue recovered from her heart attack, her first thought was to support her mother in providing for the family: “Our economic situation was very difficult. Only my mother was working on the rice field, but we didn’t have enough to feed all family members. I wanted to have a new job. I came up with the idea of selling groceries for the neighbours in a small store integrated in our house.”

Despite of her undeniable talent for sales, which she has developed since her childhood, she had to face serious start-difficulties: “I asked people to lend us some money. I borrowed 5 million dong (250 Dollars) to buy a small cupboard and an old fridge, which cost 1,3 million Dong. But the old fridge broke down. I lost the money. To run the store without a fridge was very difficult. The days here are very hot and people like drinking cold beer and water with da (Ice). Without the fridge, they did not come to me anymore. I was so disappointed and wished nothing more than to have a fridge again.”

In February 2010, Mr. Thuan, an AEPD outreach worker, visited Hue at her home. She should become one of the first beneficiaries of AEPD’s new project “Promoting development of small enterprises by persons with disabilities”, funded by Irish Aid.

“Mr. Thuan asked me if I wanted to have a job and join a vocational training. I told him about my dream to keep and expand my store at home. The vocational trainings he proposed, incense and candle making, were not suitable for my health. So Mr. Thuan invited me to participate in a business planning and management workshop held in Hoan Lao village” – about 40 kilometers from Hue’s home.

Since Hue has never left her village during her whole life to join any public event, she was very nervous and hesitated to participate. “I was very happy and worried at the same time because of my low education and because I have never travelled far to meet other people. But he convinced and encouraged me that I should believe in myself, overcome my feeling of inferiority and complex. ‘Everyone loves you and supports you. Try your best he told me. Thanks to his encouragement, I got over my fear and decided to go. During the 4 days of training in April, I met many people who are also disabled like me. This was the first time in my life I was outside talking with other people. It was a great experience”.

After the training, Hue was more than ever determined to keep her store and to make it successful. With the help of the Mr. Thuan, she developed a business plan. All she needed was a working fridge… 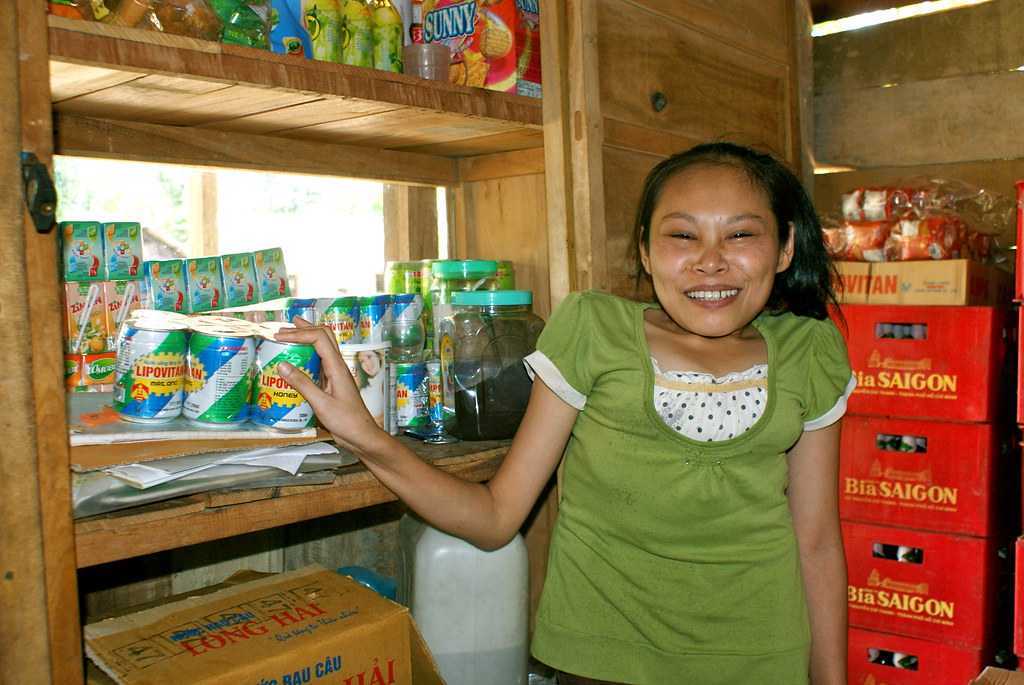 In May 2010, AEPD provided Hue with a new fridge and paid  part of the building cost of a new store in front of her house. Today, Hue’s small store business provides her with a sustainable income. “Since having the fridge and store, I have been attracting more and more clients and my mood and spirit changed a lot. I am happy and feeling healthier than ever before.”

Hue discovered a new talent as well. She has a beautiful voice. And one of her passions is singing. In different social and cultural events organized by self-clubs of disabled persons, Hue went on stage and presented her songs, including a poem she wrote herself about her life. It was a big step for her and needed a lot of courage, but Hue did it.

“While singing on the stage, I felt very lucky and honored to present my voice to the audience.” And the audience applauded and cheered strongly. This made Hue proud of herself. Proud of what she achieved despite her disability. 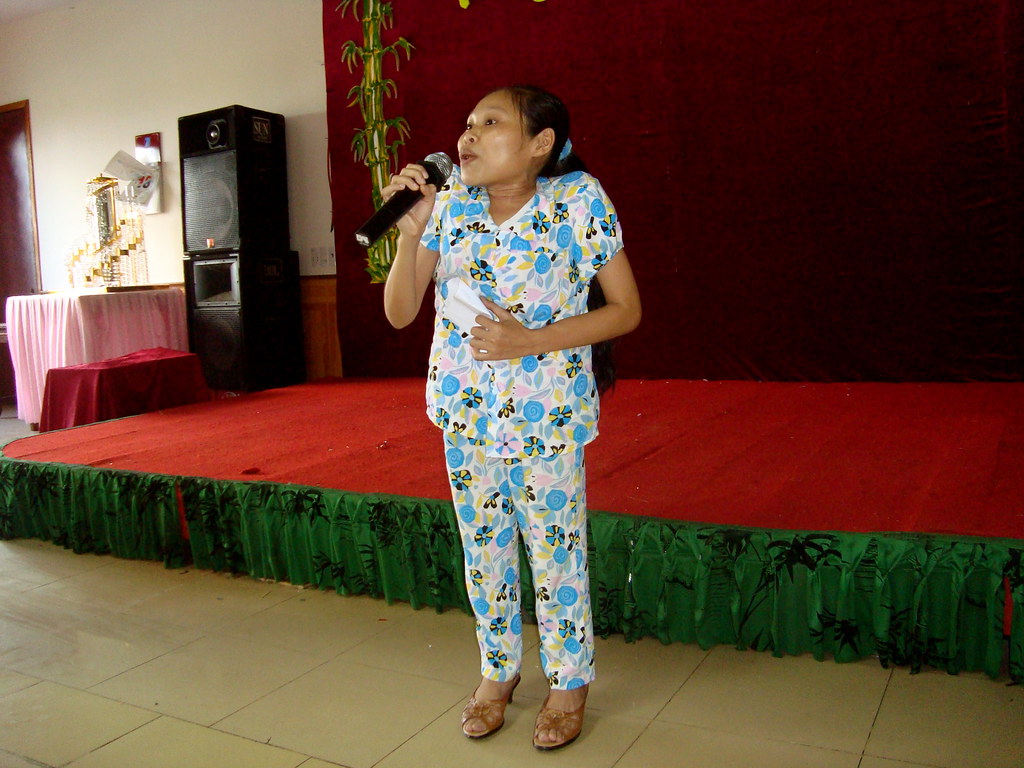