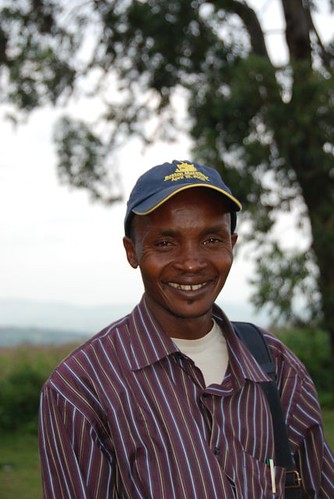 This week Cleia and I were fortunate enough to accidentally meet the subject of this profile, Simon K. Masake. No one had yet mentioned him during my investigations into who are the real loudmouths or leaders in criticizing FGM, but as the head teacher at Nkararo Primary public school he is a community leader and staunch advocate for changing the oppressive Maasai traditions towards girls. During an impromptu visit to his school, a conversation about cultural threats to young girls led to the revelation that actually he also had an NGO on the side. As a founder of the recently formed MEPERI (Menno Peace and Reconciliation Initiative), he is making some of the first “anti-FGM inroads” in Enoosaen’s neighboring Nkararo division.

Founded in the end of 2010, MEPERI’s mission is to “facilitate communities’ efforts to desist from unnecessary practices through education, preventative health, peace building initiatives and engagment in sustainable economic activities,” with the objectives of economically empowering the poor (especially women), “advocating against repugnant cultural practices,” and promoting peace and reconciliation. Simon’s initial motivation was a reaction to female circumcision and early marriage, but he wants to take a holistic approach, empowering women from every angle. He even trains women about the dangers of predatory lenders, as certain women’s microloan companies seem to be causing a lot of strife for some poorly prepared female loan recipients. MEPERI will operate in 5 districts: Transmara West, Kuria East, Nyando, Kisumu, and Nandi South.

Women in the community praise MEPERI for having been the first organization to actually come to the grassroots level in Nkararo, and for having hosted the first seminars in Nkararo for local women about women’s issues, including FGM. The brainchild of Mr. Masake, MEPERI has already held three seminars, reaching over 30 opinion leaders and 200 women in the first half of 2011 alone, and they plan to host more this year. In a lovely serendipitous twist, Mr. Masake dropped all this information into our conversation in a matter-of-fact manner as we dropped in for a quiet and brief observational visit to his school.

MEPERI came about over the course of two years of talking and planning. As a head teacher watching young Maasai girls steadily drop out of school for their rite to womanhood and subsequent marriage, Simon says he saw the need for someone to take action in his community. He began reaching out to likeminded community members he knew so they could join forces. Over a number of cups of Chai, and another 6-8 months of bureaucratic obstacle courses, the idea was born and the NGO registered. 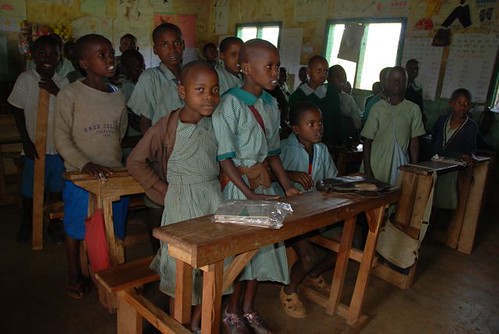 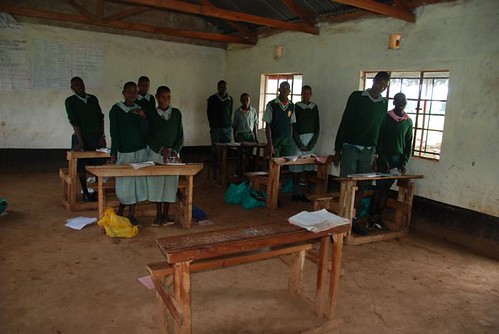 MEPERI is currently composed of six members, of whom two are women, and the members are based in Nkararo, Nairobi, and Kisumu. For now they operate without an office space, a small grouping of motivated individuals working with a hodgepodge of small funds from one German NGO and one Nairobi-based NGO.

In February 2011, they hosted a two day retreat for chiefs, assistant chiefs, head teachers, and village elders in Kisumu. The target of that meeting was to sensitize male leaders about the issues and consequences of FGM and early marriage, notably including the consequences on the sexual relationship between a man and woman. In April, MEPERI hosted two gatherings of local women in Nkararo and a neighboring isolated community, Enemasi. Although they only sent out 30 invitation letters and anticipated the same number for each of their seminars, the invited women brought others, and the others brought more, and ultimately around 100 women attended each of the two seminars. What better way could these women signal how eager they are to learn and incorporate new ideas into their lives?

Another impressive thing about these seminars is that they included 9 women known within the community as the traditional circumcisers. Simon says they managed to draw these women in not by directly targeting them, but by inviting them along with other women for a seminar they billed as a general “women’s issues” training. Yet Simon recognizes the importance of not just cutting off the supply, but also the demand. That is why he hopes to host another seminar for youth (both boys and girls) by the end of the year – this is where he feels he can build demand to stop the practice. “Boys can stand for themselves,” he explains, “but if girls complete school, who is going to marry them if the boys don’t complete?” 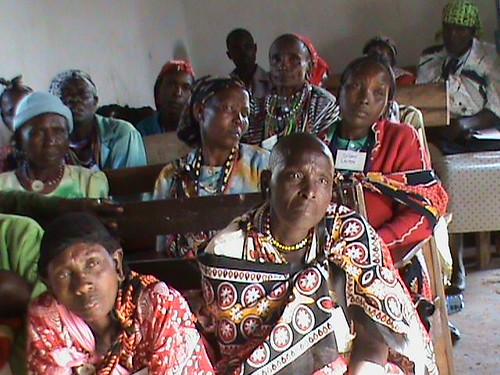 I asked Simon if he had considered the context of other NGOs in the area as he designed his. Yes, he said, he had but he didn’t have their contacts, so instead he just considered them based on hearsay and observation.

So, when I asked if he would like to be connected to other likeminded groups, he was over the moon. He loves the idea of exchanging ideas and experiences, and in this part of the world having someone to call in a town/hill or two away is almost a necessity to get things done. Walking around town with him, I commented that he seemed to know everybody. His response was a dually proud and embarrassed acknowledgement that many people come to him with problems and concerns, especially about female children – and he has become known for taking a ferocious stance against cases of forced marriage and abuses of female students in the area. I would like to see him equally connected to other FGC critics in the area, and to host some sort of networking for him and other agents of change like him. How great would it be if we could host monthly or quarterly gatherings of this network of people in our someday-soon-to-be-community centre?

MEPERI does not yet have a website up, but I will post the link as soon as they do.