When I began teaching in Baltimore City in 2003, it turned out to be an immersion course for me in urban culture. I taught my students SAT vocabulary words like “benevolent” and they taught me Baltimore vocabulary words like  “boo lovin.” Often times when students would introduce me to their friends, they would say, “This is my cuz.” I quickly learned that this was not a term reserved only for a literal cousin but could be used for best friends, kids that had grown up together, or other close bonds that transcended common friendship. I have recently had cause to reflect on this because here in Kenya, when young people find out I am an American, the most common thing I hear is, “Obama is my cousin!”

When Kenyans say this, it could mean they are Luo, the tribe of Obama’s father. It could mean they are from the Kisumu area where some of Obama’s relatives still live. Or, much like my Baltimore students, it could have a more transcendent meaning: that despite his distance, his power, his wealth, they feel for him a deep trust and affection like that of a family member. 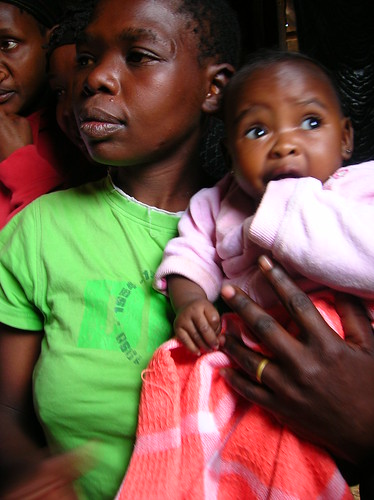 Since his election, some speculate that Kenyan’s affection for Obama might be on the wane after what they see as a series of snubs – the  cancellation of direct flights between Nairobi and the US, the President’s failure to invite the Kenyan President Kibaki and Prime Minister Odinga to the White House during a recent visit to Washington DC, and his choice to make Ghana his first stop on the African continent.  This weekend when interviewed by allAfrica, Obama went futher and baldly criticized Kenya for its rampant corruption and failure to implement reforms. In fact, just last week Transparency International published the East African Bribery Index in which Kenya was cited as the most corrupt state in Sub-Saharan Africa.  But while those officials who are guilty of this corruption may be indignant at Obama’s harsh words, the young people I have met are not. In fact, they agree with him about their own politicians. 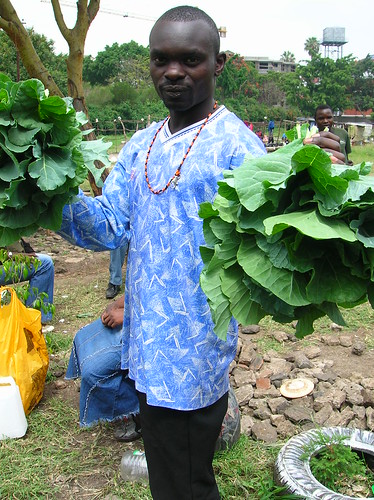 Perhaps this in part explains the deep resonance between the President and young Kenyans. About 70% of all Kenyans are under the age of thirty and the same sort of criticism that was leveled at Obama during the US election campaign is used here to block their advancement in this country: They are too young. The have little experience. They are not a reliable or a known entity.

But this presents an intriguing opportunity for Mr Obama and his Administration. Given that Africa, not just Kenya, has so many young people, the Obama administration should perhaps define its interaction with the Continent in generational, rather than national, terms.  And the sooner Obama can capitalize on this generational good will the better. Youth, after all, aren’t known for their attention span.

How might this be accomplished?  In speaking with my young friends here in Kenya, I’ve coming up with the following:

1)Encourage a Youth Quota System in parliamentary elections similar to the gender quotas in place in countries like Iraq and Afghanistan.

3)Increase the profile of youth programs in the US, like Model United Nations, and encourage American students to partner with students from African (and other developing world) countries that they are representing.

4)Create an office within the US Department of Education that encourages and supports partnerships between schools in the US and schools in developing countries, like the DFID Global School Partnership in Britain.

5) Retool the mission of the Peace Corps to focus more specifically on youth empowerment.

I’ve been running these ideas past some of the street kids in Nairobi you can hear some of their reflections in this video.

I would love to hear other ideas. What policies, programs, projects, and practices might the Obama administration begin to enact that could revolutionize youth civic participation world wide? How can US policy encourage more youth to identify and interact with their cousins across tribal lines?