Nepal on my mind

“Activism is not a fashion show.” On the contrary, it is a lot less organized, and involves a multitude of actors and stakeholders. The one and most important take away from my experience in Nepal is that Transitional Justice as most things are is highly contextual. In particular transitional justice is incredibly unique depending on the dynamics of the preceding conflict and the politics at play. One thing that however remains common across contexts; there are always actors behind the scenes fighting for victims and for some semblance of justice. Three months later, the people I met in Nepal remain etched in my mind . I therefore wanted to take my final blog as an opportunity to spotlight a few of those actors and their various roles:

Dewan Rai “You cannot jail the powerful” On one of our first days in Nepal, we met with Kathmandu Post journalist, Dewan Rai who has written extensively on the transitional justice process and its politicization. He has and continues to play a key role in bringing attention to the real issues facing the process, particularly political barriers and key moments and ways forward based on his experience and investigations.

Ramesh “Activism is not a fashion show” Although I do not remember his last name as we met in an informal setting, Ramesh works for a German organization in Nepal and was focused on memorialization as a field of study. Memorialization is often neglected yet it is an integral part of the healing process, collectively and individually. I found an interesting article by Simon Robins, a researcher in transitional justice who highlighted some of the ways Nepal has memorialized the conflict: Ramesh thus is facilitation some important programs and strongly believed that it is a complex and multi-faceted process that needs to involve the victims on the ground first and foremost. Hence, the quote above.

Ram Bhandari “Its all about critical engagement” Ram Bhandari, founder of NEFAD, and whose father was disappeared during the conflict is an active and seemingly unstoppable activist. He’s developed a three-pronged approach to NEFAD; family mobilization, advocacy and small programs (such as economic development programs in Bardiya). Ram’s dedication is what keeps him going and his will to see the voices of victims heard is a key driver for his work.

Sarita Thapa “Most women just want the truth” Sarita, as you have probably read in previous blogs is one of the most inspiring people I met in Nepal. Despite being through numerous hardships herself, she has dedicated most of her life and time to victim engagement in the Bardiya regions, gathering stories, organizing the Bardiya women to form a business and being a liaison between women on the ground and the two truth commissions. She is truly superwoman as she is often described.

In addition to national efforts, a few months into the semester as I reflect on my experience in Nepal, I came across an article written earlier this year in the New York Times. Despite constant fear that Nepal is largely absent from the news, and that the process has been forgotten, there are a close knit of researchers and journalists working to ensure that the process remains on the headlines locally and internationally, 10 years later and despite lack of support from international organizations.

I am truly grateful for my experience in Nepal, the friends I made, the adventures we experienced and most of all the brave and resilient women of Bardiya who are survivors in every sense of the word. 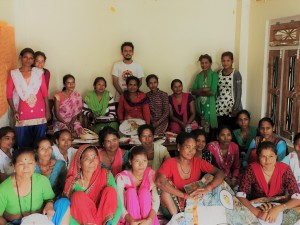 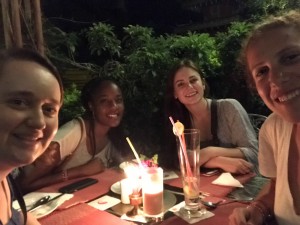 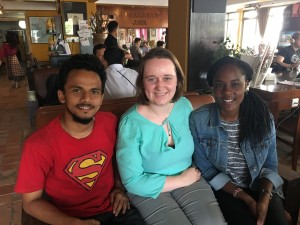 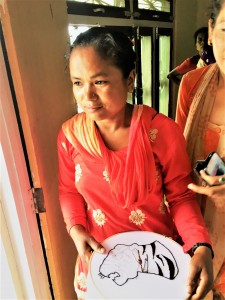