On the Anniversary of the Truth and Reconciliation Commission, Can Peru Celebrate?

On Friday, August 26th, I attended a commemoration of the 8th anniversary of the presentation of the Peruvian Truth and Reconciliation Commission’s final report. The event begun at the Ojo que Llora, a monument to the victims of Peru’s internal conflict located not far from EPAF’s office, and was followed by a march to Plaza San Martin, in Lima’s historic city center. 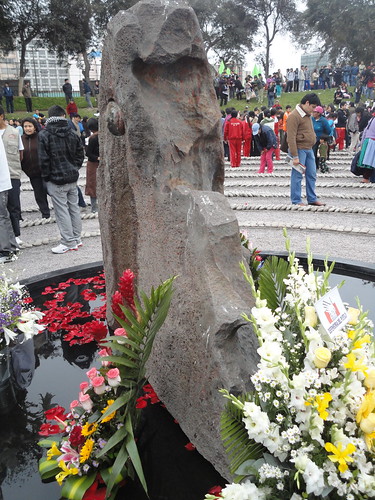 The CVR, as it is referred to in Peru from its Spanish initials, was created by the transitional government that followed the fall of ex-President Alberto Fujimori to investigate the abuses committed during the 1980s and 1990s, and was made up of prominent and well-respected members of civil society, including intellectuals, scholars, priests and journalists. 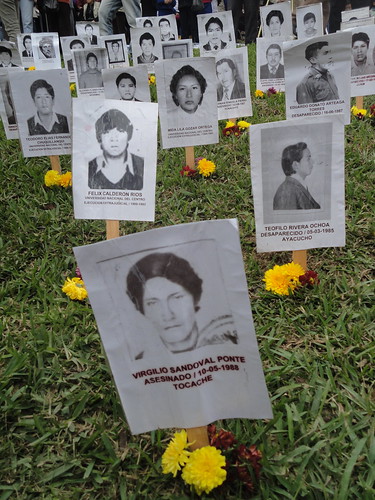 The CVR spent two years holding public meetings, collecting testimonies, and conducting forensic investigations. On August 28th, 2003, it presented its final report to President Alejandro Toledo. The document, an imposing one by any measure, has become a reference on the years of internal armed conflict, and I have referred to it frequently in this blog. 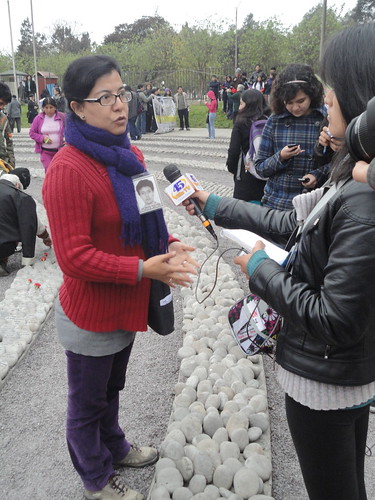 The final part of the report issued various recommendations oriented toward reconciliation and ensuring that the horrors of the 1980s and 1990s never recur. These recommendations have become a benchmark from which to measure the progress achieved in the post-CVR period. Indeed, the question “X years after the CVR’s final report, how much have we advanced?” has become a favourite discussion theme among human rights organizations, and, sadly, the answer is generally: “not much.” 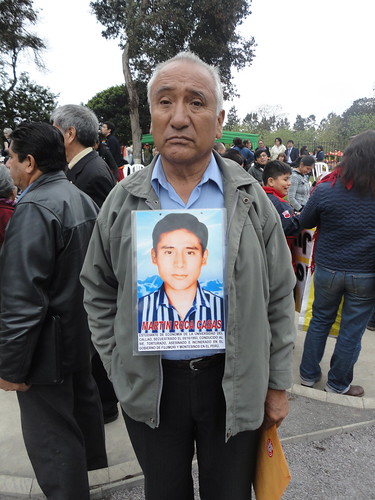 In previous posts I have discussed the failure of successive governments to follow-up on some of the recommendations of the CVR, in particular of the inadequacies of the advances made in the area of reparation of victims of the internal conflict, and the worrisome and exasperating inexistence of a national plan for the search and identification of Peru’s 15,000 disappeared. 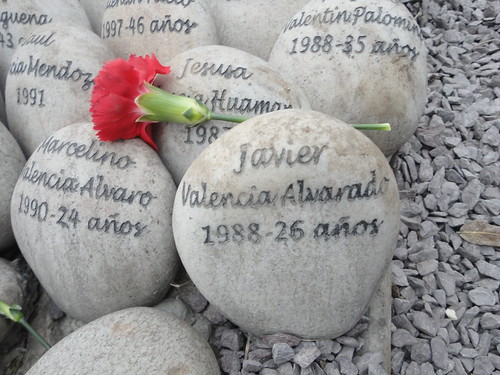 Of course, some advances have been made. The single fact that Alberto Fujimori and Vladimiro Montesinos are currently serving prison sentences for human rights violations should be enough to make anyone overly pessimistic reconsider their position. Nevertheless, advances have been few and far between, and have occurred in spite of the lack of political will—clearest during the administration of Alan García—of successive governments to advance issues of justice, memory, reparation, and forensic investigation. 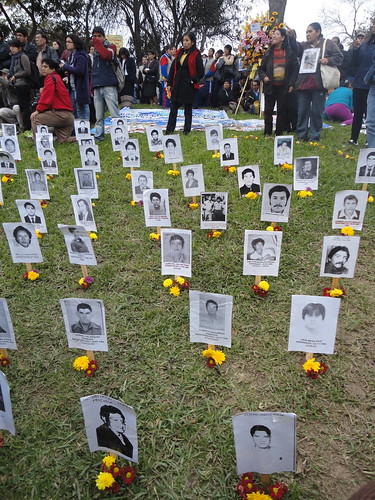 Beyond transitional justice issues, an objective of the CVR was to bring to attention the deep social breaches that both contributed to the emergence of the conflict and facilitated its perpetuation during two decades, and propose reforms to correct them. Of the 85 recommendations of the CVR, 53 concerned institutional reforms. Fully implemented, these recommendations would amount to nothing short of a complete overhaul of Peruvian society and institutions. 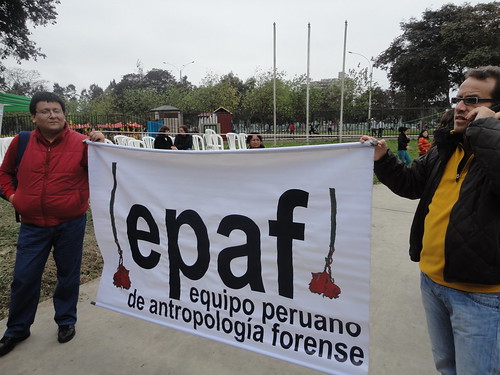 Perhaps unsurprisingly, the majority of recommendations have remained just that: recommendations. In terms of institutional reforms, to date very few, if any, advances have been made. In other words, the state has not taken advantage of the opportunity created by the CVR to learn from its mistakes so as to avoid reproducing the same conflictive society. It has preferred to focus virtually all of its attention on maintaining and stimulating the country’s economic growth based on a model that has time and time again proven unable to reduce the sharp social, cultural and economic inequalities existing in most Latin American societies. 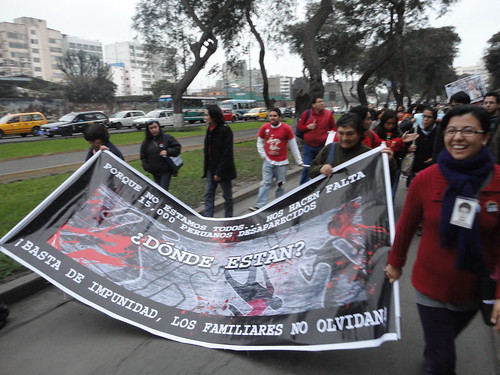 The organizers of this year’s commemoration of the anniversary of the CVR chose not to dwell on the few advances achieved in the past, but rather to look hopefully towards the future, and the installations at Plaza San Martin—such as an impressive “carpet” of the disappeared—were heavily focused on the disappeared. 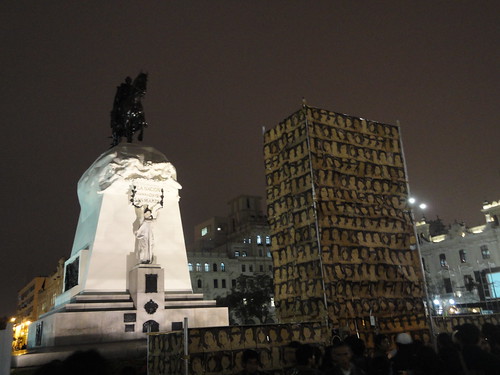 Hope for the future there indeed is, as the new government of Ollanta Humala has affirmed its commitment to following the recommendations of the CVR. Moreover, at a meeting with civil society actors—including EPAF members—last week, Vice-president Chehade pledged that the government would finally sign the UN’s 2006 International Convention for the Protection of All Persons from Enforced Disappearance, and that it was willing to support initiatives to deal with the issue of the disappeared. 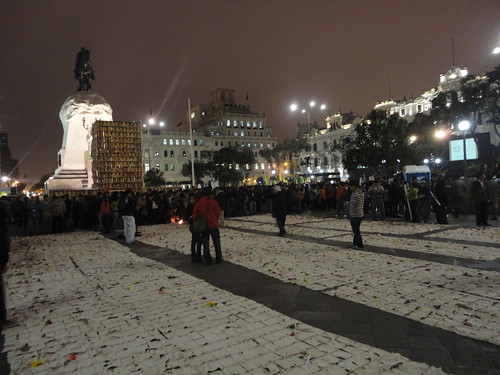 But the new government has also given cause for concern, as the new defence minister recently made comments that were widely interpreted to suggest he favours a blanket amnesty for former or current members of security forces accused of human rights crimes during the country’s internal war. Be it as it may, the new government will ultimately be judged by its actions and not its words; and actions have yet to be seen. 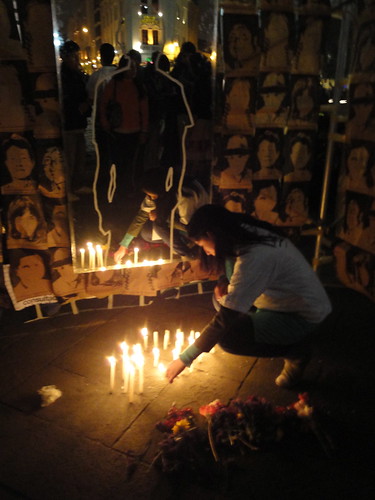