Children Hold the Key to Peace

“Kenya is our only home. Once we destroy it, we destroy ourselves.” – Elizabeth Atieno

That quote resonated with me as soon as I heard it because it could really be referring to anywhere. It’s a very universally applicable sentiment. Replace “Kenya” with the location that is home to you.  It also caught my attention because it seemed to hint at the capacity of conflict and war to cause total destruction.

But I think Elizabeth is referring to something a bit deeper than leveled buildings and physical injury. Something like a cycle of trauma caused by conflict, and the long-term ramifications on psychological developments  and education.

Or maybe that’s just what I wanted her to be referring to… Regardless, Elizabeth’s story will speak for itself.

For a little context, the recent Presidential elections in Kenya have produced controversial results, and the violence that ensued specifically in the aftermath of the 2007 elections left over a thousand dead and 600,000 displaced.

She was just 17 on New Years Eve in 2007 when she was approached in her sister’s neighborhood by a group of armed young men. She remembers not speaking the same language as they were, then being knocked out and waking up naked in a ditch the next day.

Sadly, abusers are typically survivors themselves, and thus begins the cycle.

Elizabeth chose to have the baby, but she was still very emotionally traumatized from what had happened. She dropped out of school and became deeply depressed. The bitter anger, resentment, and self-hate she harbored manifested itself in the physical abuse of her young daughter and very nearly caused her to take her own life.

In the present they are both in much healthier situations than they were then.

Elizabeth is an advocate for survivors like herself and is trying to repair her relationship with her daughter, who is no longer in her care.

But Elizabeth says her daughter, now 7, has not forgotten. In fact when Elizabeth went to visit recently, her daughter peed upon seeing her.

The sight of Elizabeth, her mother, scared her so much she wet herself.

All because of ethnic differences and corrupt politicians.

The war being fought in 2007 did not really have anything to do with Elizabeth, but her body was quite literally used as a battlefield and an innocent child was born into suffering as a result. In a Human Rights Watch summary publication of the sexual atrocities that occurred in the post-election violence it was noted that while all of the reported perpetrators were men, the victims were indiscriminate… women and men, grandparents and babies.

And that is exactly why it is absolutely essential to teach everyone but especially males, at a young age, to choose peace over violence and to prevent tragedies, like what happened to Elizabeth, way way way way before they happen.

A program that CPI is implementing in various schools throughout Kenya, Interactions for Peace, does exactly that, and is already producing truly remarkable results.

Recently I was able to visit several schools and speak with the children to hear what they thought about the program.

All of the children had something good to say about it, even if it was just that they had more friends.

There is one child’s story in particular that I would like to dedicate my next blog post to, and his name is Isaiah. 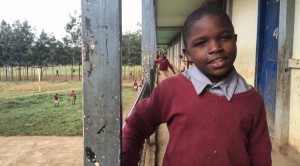 I promise that he is an amazing kid who is already spreading peace in his community. It is precisely kids – boys, like Isaiah, who will be instrumental allies in the Kenyan fight for peace. 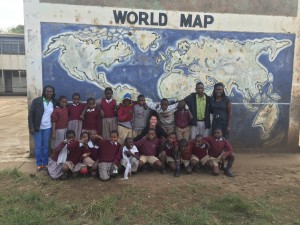 Tomorrow I travel further up North into Maralal with CPI to check out more of their work and I am super excited for what is sure to be an adventure to a part of Kenya I have never seen before. I solemnly swear that if I have internet access this weekend I will do my very best to post again, and maybe it will even include a picture of me with a camel…. WHO KNOWS!

Cheers and peace and love friends of the universe!