Watch Video of My Day In Putis

Click above to see a photo/video essay of my day in Putis. It’s my visual report back after a productive day in Peru’s Southern region of Putis. A destination that inhabits people who have been marginalized for centuries and who suffered greatly from the internal conflict (the Putis massacre of 84′ took 123 lives). From 2008-2009 the Peruvian Forensic Anthropology Team (EPAF) exhumed a clandestine grave in Putis, residual of the conflict. EPAF exhumed 92 of the bodies identifying 29 of them through DNA testing. Later they restored the bodies to the family members of the Putis victims who later gave their relatives a proper burial in a newly built cemetery. 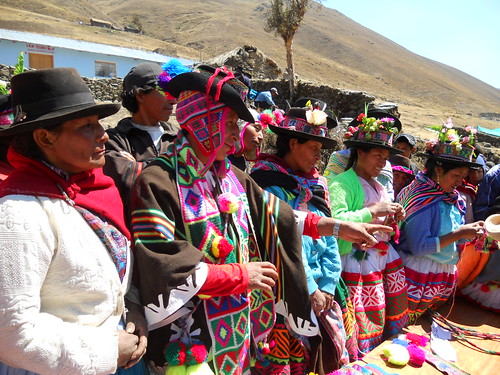 The ninety-two tombs are a daily reminder of a daunting past, as they are visible from nearly all angles of the small town. And yet, Putis community members expressed relief at now having a mourning site, a place to grieve, after so many years of waiting to know the truth about their disappeared loved ones. On Sunday, we visited that former gravesite (as seen with the sun roof in the video) and were informed by Putis Mayor Gerardo Fernandez that there are still other mass graves left unashamed in Putis, containing some 300 bodies. The grave that EPAF exhumed in 2008 in Putis is the largest mass grave yet to be exhumed in Peru. Since this exhumation in 2008, EPAF has not been approved to pursue investigations on the other 3,466 registered graves. 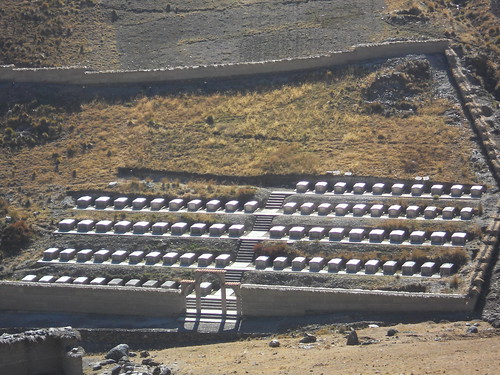 However, since the exhumations in 2008, EPAF has maintained a relationship with the Putis community, as they have recently partnered with NGO Vecinos Peru in establishing a pilot project with the aim of being a sustainable development project meant to integrate the Putisinos within the market. Although still in its preliminary stages the project will be known as a seed bank of the best native potato seeds. The goal is to integrate their staple food crop of organic potatoes within the national market by selecting and reselecting the best potato seeds so that the market value is higher. So far, the community members of Putis have used their potatoes for their own consumption and local commercial use. However, the organic native potato has market value in which the conditions in the Andes are perfect to cultivate. The idea behind the native seed bank is to partner with Putis community members in working to overcome their victimization and reaffirm their human and civil rights through the establishment of a ‘Centro Poblado’, as the year prior Putisinos had fought to elect their own indigenous Mayor, Gerardo Fernandez. 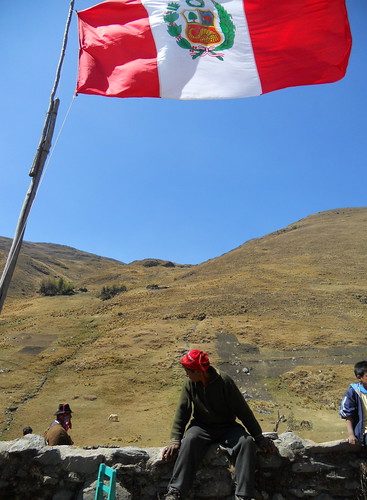 On Sunday, the ceremony continued with a potato fair as well as an exhibit of various hand-weaved crafts. The bright vibrant colors of their crafts were a stark contrast against the sepia colored terrain. Their brightly colored weaved fabrics were such a stunning reminder of life where at one point there was so much terror. 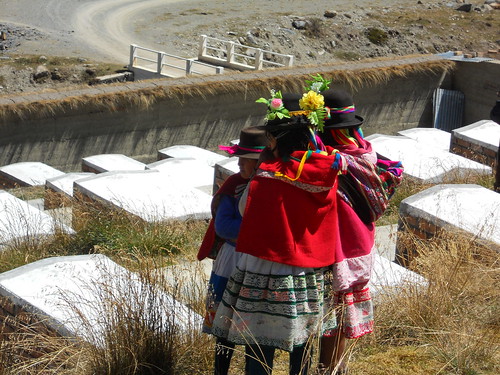 When showcasing their fabrics they exhibited them with such pride that even trying to bargain with them was impossible. I left empty-handed, as my ten soles couldn’t afford anything. The day continued with the explanation of the variety of native potatoes. I never knew so many potato varieties existed until that Sunday when each community member explained the differences in each potatoes cultivation process. At lunch we were served some of these potatoes in addition to pasta. Local musicians played flutes and sang beautiful Andean songs. As the day progressed so did a meeting with the locals of Putis with EPAF and Vecinos Peru to establish a plan of action for the funds that will be donated to the pilot project.