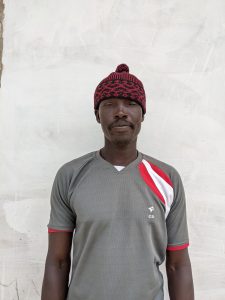 I first met Pape Moussé while meeting with Naatal Sendou, a community association focused on developing Sendou through locally-organized activities that seek to create employment opportunities for youth. The first time we spoke, he was eager to share his experiences and talk about his goals in life. A local fisherman, he is a husband and father to five children. He spoke about his desire to support his family, send his children to school, and to build a house. Even though he worked hard fishing every day, he found that he couldn’t provide for his family. Like many of his friends and family at the time, in 2004 Pape Moussé decided to take his chances migrating to the Canary Islands by pirogue (a traditional fishing boat in Senegal).

With the support of his wife and family, Pape Moussé worked endlessly for months to save up the money required to pay for this trip. He explained that the average cost per trip is between 300,000-500,000CFA (544-906USD). The trip (approximately 1500km or 940mi) can take up to seven days assuming there aren’t any complications. Pape Moussé was returned to Senegal in 2004 after a failed attempt to reach the islands, but that did not deter him. He has attempted the arduous journey four times, failing every time.

Throughout his four attempts to reach the Canary Islands Pape Moussé experienced several hardships, including running out of food and water; flooding from storms, infighting; and losing comrades due to illness and dehydration. He explained that many migrants onboard didn’t grow up by the sea and would panic or fall ill due to sea sickness. Unable to eat or drink, they would become weak and pass away. Fellow migrants then had to make the difficult decision and threw the body into the sea. His expressions were removed and detached as he explained this horrific scene, indicating that he tries to distance himself from these painful memories. 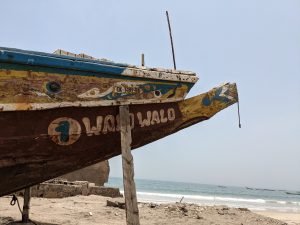 In spite of these experiences Pape Moussé attempted to migrate again in 2018. In order to increase his chances of success he travelled to the capital of Mauritania, Nouakchott. Approximately 500km (310mi) closer to the Canary Islands, he worked in the capital city for five months in order to save up for the trip. Unfortunately, Mauritanian officials caught them and he was detained for several days. They confiscated all of his belongings (money, phone, etc.) and beat him. He suffered sustained injuries to his leg as a result. Senegalese officials intervened and he arrived in the border town of Rosso, Senegal, injured, broke, and without his phone.

After his last experience, Pape Moussé explains that he is hesitant to migrate again. He has shifted focus, and now hopes to invest in livestock as a means of livelihood. He expresses his frustration and concern about transitioning into animal husbandry: he lacks the financial means to buy and properly raise livestock, and land easements within Sendou for a development project call into question the viability of this idea as well. For the moment, Pape Moussé continues to fish, working longer hours and traveling further and further out in search of a good catch. “I am a worker,” he says. He works hard, but he still struggles. While he expresses his desire to stay home and work to support his family, he doesn’t rule out the idea of migrating again if the opportunity arises.