PROFILE: The Chairman and the treasurer in RFH Eldoret Mentorship Program 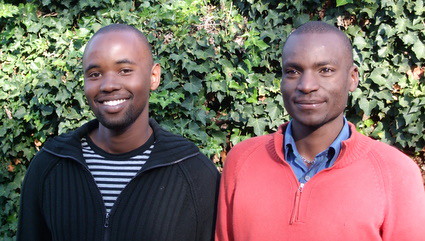 Francis Cini Munyi, 22 years old, a 3rd year Mechanical and Production Engineering studentin Moi University, Eldoret, Kenya. He joined Ripe for Harvest in 2008, acting as the treasurer, programs co-coordinator and the group photo man. He was the brain behind IDP’s donations collection and Tent Repair programs for Eldoret IDP Camp. As the group photo man, he came up with the idea of the R4H pictorial page. Currently he is writing an article MY DIARY WITH THE IDP, which will cover his experiences as mentor and a friend to the Eldoret IDP.

Interview with Charles and Francis about Eldoret Mentorship Program: httpv://www.youtube.com/watch?v=bNQJGhVZEVo

Kenya is still recovering from post 2007 election violence and the country had a large number of internally displaced persons (IDPs). Eldoret is seriously affected by the violence. In view of this, students in Moi University decided to visit a nearby IDP camp and try to introduce the mentorship program to the adolescents who were present within the camp.

Initially it was a problem as the concept of mentoring was new and misunderstood by most parents in the camp who were hoping that the mentors were going to take their children and provide them with better living standards and a better education. Mentors therefore spent a few sessions with the parents to explain to them that what they were actually university students who were willing to share experiences with the children, in order to help them deal with the trauma obtained during the violence and guide them to become morally upright citizens in future. After most IDP resettled back to their own lands from the IDP camp this May, this mentorship program is not over but still developing, as mentors said: “Mentorship is a relationship that may last for many years.”